The island is quite small which means the walk to the hotel from the ferry terminal isn't a long one.

We had chosen to book the junior suite which we found was a very good choice because of its spaciousness.

Also the bathroom was large with a spacious shower enclosure.

The breakfast buffet had a considerable amount of food to offer. International breakfast included.

The restaurant was refined and had good food, however not too much to choose from if one doesn't eat fish nor meat. A bit on the pricey side.

No A/C in the hall or staircase...only in rooms.

All in all a pleasant stay. We would recommend the junior suite.More

Show less
Room tip: We loved the junior suite
See all 569 reviews
Payments made by partners impact the order of prices displayed. Room types may vary.
Nearby Hotels 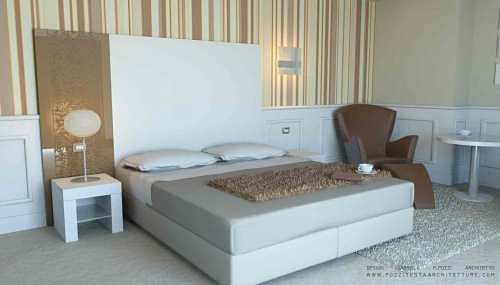 Sponsored
Affittacamere Via Mazzini
US$87

Expedia.com
View deal
Free cancellation
Reserve now, pay at stay
Booking.com
US$166
Hotels.com
US$175
eDreams
US$166
View all 16 deals from US$166
1,783 reviews
2.1 km from Hotel Belvedere
We compared the lowest prices from 16 websites
Hotel La Fontana
US$114

We stayed for a short visit to the gem of a hotel in October. The room was immaculately clean, with a lovely little terrace. We booked a package that included a three course dinner with wine in the restaurant and breakfast. The dinner was a memorable experience with our host, a charming long term employee, made sure we were well cared for. The food was great and the wine he chose for us was complimentary to each course. It was a special experience and I wish I could remember the gentlemen’s name. The island itself is tiny charming and tranquil especially at night. There was a problem with the water temperature in the shower. The staff and owner was caring attentive and switched our room to an upgraded room for the night. The new room did not have an issue with the shower temperature. We loved the fact that by the ferry dock there were stray cats being fed and cared for. They were given beds and blankets and food. They were basking in the sun and friendly and unafraid, very different than most stray cats because they were well cared for. It was nice to see! We would highly recommend the hotel and the area is great stresa and the islands are beautiful. Breakfast was really great and varied too.

Dear Guest, many thanks for your visit!
It was a pleasure to host you and read now of all your satisfaction:)
It's also nice to read that you liked the island's cats, they are not stray, they belong to all of us islanders and we are so happy of this!

Report response as inappropriateThank you. We appreciate your input.
This response is the subjective opinion of the management representative and not of TripAdvisor LLC
ccasey2014
71
Reviewed 15 October 2019
Wonderful Staff and Experience!

Our stay at Hotel Belvedere was magnificent.
The front desk reception staff (Paco and Katarina ) and the dinner and breakfast staff (Stefano, Diego, Mario and others) were incredibly friendly, helpful and pleasant. Paco and Katarina took the initiative to call the airlines and spent hours on the phone trying to locate my husband's lost luggage. They went beyond the call of duty and even went as far personally picking up the luggage in Bavenna.
Rosa the housekeeper did the best cleaning job of any hotel we've ever stayed at.
Our dining experience was pleasant with many wait staff available. The food was delicious and the dessert of dark chocolate orange panna cotta/brulee was outstanding.
The decaf capuccino at breakfast was the best I had in all of Italy.
We will definitely return and hope that the same wonderful staff are still there to welcome us back.

This review is the subjective opinion of a Tripadvisor member and not of TripAdvisor LLC.
XVoyagerX
Toronto, Canada
101128
Reviewed 9 October 2019
A hidden gem

This small hotel is a truly hidden gem.The rooms were one of the best we have had during out entire stay is Europe.Spacious,clean and well maintained.The staff here is friendly.The restaurant is servers amazing food and wine.Breakfast was also pretty good.Just the right place to idly spend time with a wonderful view of the lake

This review is the subjective opinion of a Tripadvisor member and not of TripAdvisor LLC.
Olirow
Kent
3036
Reviewed 16 September 2019
Disappointed

Firstly, it must be said that the three Borromeo Islands are beautiful, all tiny, but entirely different, and Isola Pescatori is a lovely place to stay.

However, we had a whole host of small problems with the hotel which makes me think they rather take their guests for granted.

For example, we had asked for a bathtub rather than shower when booking. We got a shower. I asked the receptionist why? We didn't notice the request she said. Can we switch, for at least some nights? No, she said, and with a shrug of the shoulders the matter was closed.

Another example, there was a wedding on the second night. No one told us. We returned to our room in the late afternoon to enjoy the balcony. No chance, it would have been like sitting in the middle of a karaoke.

Another example, we asked for a decaf latte and americano coffee at breakfast. We got a pot of caffeinated coffee and a pot of milk.

There were other niggles too.

The room itself was spartan, and looked and smelled like a hostel when we arrived. The shower room was miniscule.

On the plus side, they allowed us to cancel the final night without charge. I'd have given a one star otherwise.

In conclusion, the hotel didn't spoil our trip, but it did absolutely nothing to enhance it either.

This review is the subjective opinion of a Tripadvisor member and not of TripAdvisor LLC.
Gazparov
Hamilton & Waikato Region, New Zealand
1935
Reviewed 12 September 2019 via mobile
Great hotel, didn’t like restaurant

The hotel is a superior accommodation on a beautiful island. The room was very well appointed, lovely setting, great bathroom & a balcony with a glorious lake view. The check in was easy & nice. Our experience was really spoiled by eating there. We found the staff totally unwelcoming & unhelpful - the only words spoken to us were “reservation?”, “room number?” & “praego”. We felt really unwelcome & bad. Added to this the food was like the 1950s, flat, no sauces & all our fish (3 dishes) was over cooked, dry & tasteless. They pretend it’s fine dining but it isn’t. The staff got busy with another function & abandoned the dining room - we just got up & left.

This review is the subjective opinion of a Tripadvisor member and not of TripAdvisor LLC.
View more reviews
PreviousNext
123…
<script type='text/javascript' crossorigin='anonymous' async onerror='__scriptLoadErr