Hotel Luina
Lowest prices for your stay
Lock in the lowest price from these sites
US$114
View deal
Agoda.comUS$114
Expedia.com
Hotels.com
Travelocity
Orbitz.com
StayForLong
View all 8 deals
Prices are provided by our partners, and reflect nightly room rates, including all taxes and fees known to our partners. Please see our partners for more details.
Payments made by partners impact the order of prices displayed. Room types may vary.
albergoluina
12

Ask Cattia, the owner of Albergo Luina, about her ingenious credit scam. She takes the credit card to hold your reservation, then when you pay in cash upon arrival, she still charges the credit card after you leave.

She even admitted her scam to me in an email and would not refund any money nor offer a credit card refund! She would not cooperate with the credit card company.

All visitors stay away from this devious, unethical, professional scam!

See all 97 reviews
Payments made by partners impact the order of prices displayed. Room types may vary.
Nearby Hotels 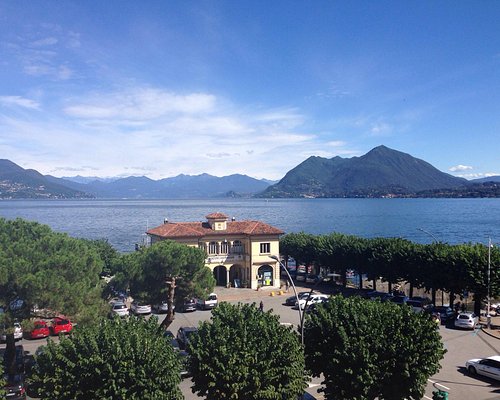 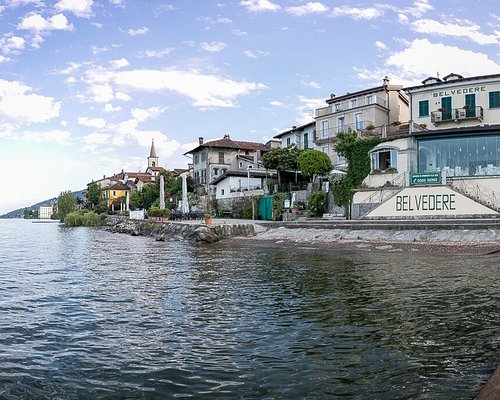 Top Rated
Breakfast included
Hotel Belvedere
US$142
US$131
Booking.com
View deal
Hotels.com
US$142
Expedia.com
US$142
Priceline
US$131
View all 13 deals from US$131
552 reviews
2.6 km from Hotel Luina
We compared the lowest prices from 13 websites 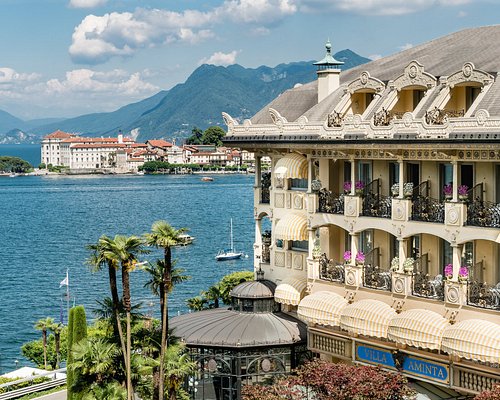 Two friends and I arrived in Stresa with no plans of where to stay. We asked the waitress of a bar we were at what she would recommend who then called the owner of Hotel Luina and directed us there. We arrived to a warm reception and a discount on our room (it ended up cheaper than any place on either booking.com or AirBnb) on the top floor with our own balcony in the middle of town near the beach front. Could not have had a better experience! Thank you!

This review is the subjective opinion of a TripAdvisor member and not of TripAdvisor LLC
MattABC
Bern, Switzerland
2955
Reviewed 6 May 2018
Friendly and convenient, for a very good price

The location of this little hotel is great and staff is very helpful and friendly.
From the beginning, I felt welcome and got all the help I needed.
WiFi was very good and free of charge.
Overall, if you don't need much luxury, this is an excellent alternative to the nearby Grand Hotels, which can save you a lot.

Thanks and best regards,
Mattias

This review is the subjective opinion of a TripAdvisor member and not of TripAdvisor LLC
paola s
Edinburgh, United Kingdom
147
Reviewed 16 November 2017
Delicious meal in family run restaurant and hotel

Hotel Luina is a family run Hotel with a lovely restaurant serving typical Piemontese food. A warm welcome awaits, great good and atmosphere and great service. It is located down a side street in Stresa. The owner Catia is very friendly and chats to all so you can expect a great welcome, help with the menu and a delicious meal.

This review is the subjective opinion of a TripAdvisor member and not of TripAdvisor LLC
DINKYBoyandGirl
Leamington Spa, United Kingdom
10182
Reviewed 9 October 2013 via mobile
Hostel style rooms - couldn't wait to escape to somewhere else

Let’s be clear from the start that this is a restaurant primarily with rooms above that function as a bed and breakfast type accommodation; I think ‘hotel’ is stretching the definition of the word slightly.

We booked the double room accommodation with breakfast buffet due to its location within central Stresa and the promise of a room with a balcony, as the streets looked narrow and we wanted some light and air.

Unfortunately our four night stay was delayed by a points failure on the Eurostar, so we ended up having to break the first night of our trip in Milan for a night. This fact being conveyed to the Hotel Luina en route to keep them informed of our misfortune. They were very understanding and acknowledge we would arrive the following day.

On arrival at the restaurant/hotel the next day in the early afternoon we were greeted by a young man who quickly showed us through the restaurant to a rear stair; and up two flights of stairs to Room 6 of the establishment.

the building also served at the night entrance which to be frank would have been impossible to find and was poorly lit, the alarm bells started to ring in our minds.

On opening the door we were confronted by a dark room with a double bed, wardrobe, single bed, cot and small table all crammed into the space, two very high level small windows in front which had bars and a hidden side window with net curtains were all the room had – no view and no balcony.

This was clearly the wrong room and more akin to a family room than a habitable room; very little natural daylight and a lingering odour that turned out to be extractor fan from the restaurant kitchen that was situated about 3 ft from the side window and pumped out fumes beneath the eaves of the building which naturally were funnelled into the bedrooms, as opposed to be vented to atmosphere as you would expect. No air conditioning or fresh air at all.

Quite frankly Room 6 was one of the most depressing rooms I think we have every stayed at in mainland Europe. After about half an hour of shell-shock, we went back to the restaurant to see if they had made a mistake and could offer us our room with a balcony but the young chap spoke to another lady and informed us that all the rooms [2no. ] with balconies had been taken, so much for our reservation!!

As we investigated the room further we found the pillows to be of a similar density to sand bags, the bedding looked clean but did not smell fresh and the general décor and fittings were all very tired. The Wifi was non-existent on the top floor of the building and involved tapping in a 18 digit random code, obviously not very user friendly. When we tried it at breakfast the next morning downstairs, it was still unavailable.

General smell from the extract fan, noise from the kitchen (meat being bashed), and restaurant below during the night kept us awake along with the lack of ventilation. The walls were so paper thin we also had to listen to next door snoring, and two ladies arriving in room 5 at 1am who then continued to be loud for an hour. Hot water was plentiful in the morning but the ensuite layout was cramped, a small square shower base with pull round curtain which inevitably sticks to you. The bathroom was clean, just dated.

Breakfast was a mixed affair, coffee and croissant served at the table, a very paltry offering of bread and cereal on a shelf. We could only bear one night in this place then had to make an excuse and move elsewhere, obviously being charged for the 2 nights we didn’t use – still at the higher rate I noted too for the balcony we didn’t receive. By that stage we were glad to escape and leave Luina behind. No-one asked us if we had enjoyed our stay but I think it was obvious. In our opinion this is more like a hostel than a hotel, and if you are unlucky enough to be given room 6 – good luck is all we can say. It was thoroughly depressing.

Would recommend spending a bit more money and opting for a hotel along the lakeside to avoid disappointment.”

Report response as inappropriateThank you. We appreciate your input.
This response is the subjective opinion of the management representative and not of TripAdvisor LLC
dougpub3
Ballina, Australia
115
Reviewed 3 October 2013
Great Accom

Stayed with my wife a month or so ago and had a wonderful stay.Owner and son were a delight and most helpful.Perhaps the pillows could do with a change as were a bit firm for us.Overall a relaxed in the heart of town stop over

Room tip: Ask for one on the street, very quiet but a bit more atmosphere
Ask dougpub3 about Hotel Luina
Thank dougpub3