US$147
US$125
View Deal
SAVE US$22
TravelocityUS$139
Trip.comUS$134
Agoda.comUS$147
View all 13 deals
Prices are provided by our partners, and reflect nightly room rates, including all taxes and fees known to our partners. Please see our partners for more details.
Payments made by partners impact the order of prices displayed. Room types may vary.
toshmason
La Cala de Mijas, Spain
1712

We booked hiex Gibraltar for our wedding. Original booking for 17 people. We received a special discounted rate, and paid a deposit. Ultimately, due to COVID our guests were unable to attend and it was just two of us. The deposit was used to pay for our stay and the balance returned to us. They even honoured the discounted rate.
The rooms are spacious and comfortable.
The staff are friendly and helpful.
The hotel is conveniently situated for the town.
Cleanliness standards are high at this time with sanitizers and other precautions in evidence.
The breakfast included in the price is very good.

Trip type: Travelled as a couple
See all 278 reviews
Payments made by partners impact the order of prices displayed. Room types may vary.
Nearby Hotels 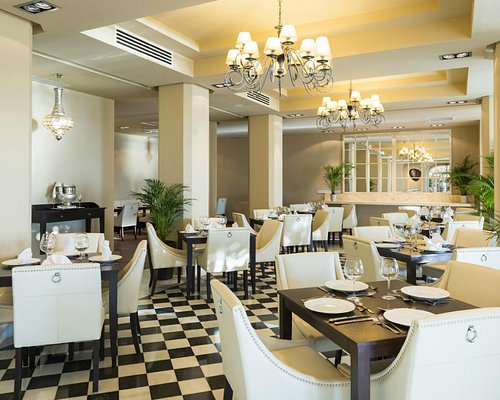 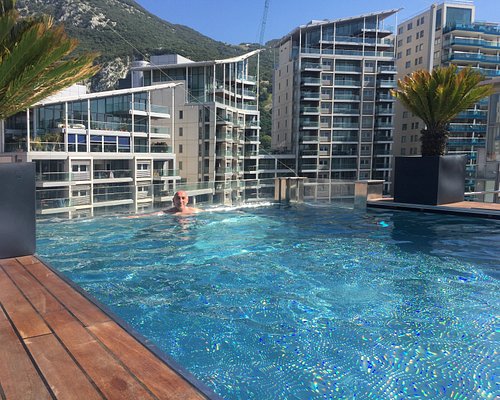 Hotels.com
View Deal
Free cancellation
Pay up to 12X
Tripadvisor
US$288
Snaptravel
Hurb
US$304
View all 17 deals from US$288
3,205 reviews
0.8 km from Holiday Inn Express Gibraltar
We compared the lowest prices from 17 websites 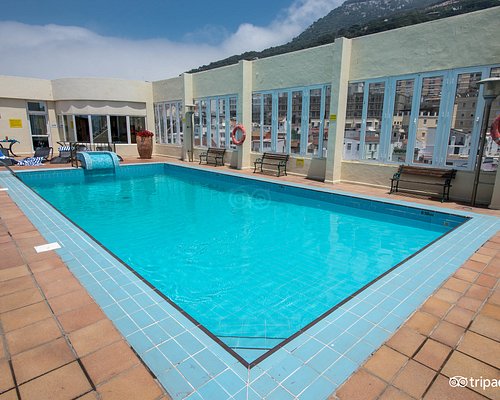 Snaptravel
View Deal
Hotels.com
US$213
Trip.com
US$179
getaroom.com
US$221
View all 11 deals from US$179
2,286 reviews
1.1 km from Holiday Inn Express Gibraltar
We compared the lowest prices from 11 websites
Rock Hotel Gibraltar

Snaptravel
View Deal
ZenHotels.com
US$95
getaroom.com
US$90
travelup.com
US$114
View all 14 deals from US$90
1,763 reviews
1.4 km from Holiday Inn Express Gibraltar
We compared the lowest prices from 14 websites
Hostal La Campana

This hotel met all my expectations. Close to the airport and 15 mins walk from Main Street. The staff at this hotel are all wonderful and special mention to Yazmina who was just great. She was friendly, kind and everything you would want. She automatically gave me a late check out as a Spire member.
Great breakfast in the morning with hot and cold items. Bar service is good too with full selection of drinks including spirits.
Would have no hesitation in returning here again!

I have stayed at many hotels in the IHG group over the years, including a number of Holiday Inn Express locations. This is easily one of the better ones, although the whole modus operandi of HIE is actually good.

So all credit to the HIE in Gibraltar for this. Otherwise, there is little to distinguish this venue from others in the series. You know what you will get, a compact but well-appointed room with not-too-much clothes storage space, but a double bed, flat-screen TV, shower room and a small movable desk and chair.

It all works and this one is not much more than two years old, so it is all still pretty pristine. What separate this one (apart from the bacon) is the staff. They were all very accommodating, professional and downright friendly!

The hotel is across the runway, a walk of 10 minutes or so, on the first street you will come to. It is close up to the towering Rock, so on one side your room widow will have a view of the Rock face, which is interesting in itself, for you can spot the little apertures where the 50 kilometers of tunnels have gun emplacements dating back to the Great Siege.

We had a couple of days on that side and then asked to be moved to get the other view, which the hotel was happy to accommodate. That side overlooked the huge graveyard, the airport runway and the border and hills of Andalucia beyond. Some critics have complained about the ‘depressing’ graveyard aspect. It is actually a very interesting place to visit and has significant numbers of Commonwealth War Graves sections. We can watch the aircraft manoeuvre to land on the comparatively short Gibraltar Airport landing strip and we can follow the streams of people and traffic crossing the runway (when it isn’t closed for aircraft movement). Most of the businesses in Gib are served by people living across the border in the town of La Linea.

Criticisms of the HIE? Few. Perhaps the absence of somewhere to it out in the sun (there is a small terrace on the first floor but it is at the side of the building opposite a housing block and the gap acts as a wind tunnel!). It is not a full-service hotel so you cannot expect more, but a little thought might have installed a sundeck on the flat roof, perhaps?

Overall, nothing but thumbs up for this location.

This review is the subjective opinion of a TripAdvisor member and not of TripAdvisor LLC
avsm
London, United Kingdom
662431
Reviewed 27 October 2020
Excellent budget stay

This is rather new hotel and so it is nice and clean. It is 15 minutes walk to the nearest beach, same 15 minutes to the casemates square and has supermarket across the street.
We spent 7 days there on the holiday and cannot fail the hotel in any way - if we will need to visit Gibraltar again, I will not hesitate to stay there once more.

We decided to get married in Gibraltar as it would be a lot easier than in Spain. Part of the requirements was that we had to stay 1 night in Gibraltar either the night before or the night of the wedding. We opted for the night before and chose the holiday inn express. We had to pop in during the day to have a confirmation email sent to the registrar. We were greeted by Milly on the reception who could not have been more helpful. She sent the email whilst chatting to us and when she found out we were getting married she was so nice and showed a real interest. We arrived at 18:30 that evening and although we were 30 mins late for check in it was not a problem and the staff were attentive and very friendly. We had a very comfortable night, the room was very clean and the bed comfortable. In the morning we went to breakfast and although complying with social distancing etc there was a great selection of cereals, toast. Croissants, jams etc. There was also a great hot choice and the portions were very generous. When it came time to check out Milly was on duty again and she greeted us remembering this was our big day and saying she was excited for us and said please pop in again even if we are not staying in the hotel even just to say hi. On the whole you know what to expect from Holiday Inn but Milly and the other staff we had interactions with have definitely made our stay memorable and we will definitely stay again!

This review is the subjective opinion of a TripAdvisor member and not of TripAdvisor LLC
bluestones_12
Durham, United Kingdom
3260
Reviewed 17 October 2020
Short break.

Stayed for 4 nights, from 7th October. Hotel is exceptionally clean and well presented. It was about 15 minutes walk from the airport.About 10 minutes to the beach, and about the same to the town centre and also the new marina area. Room was on 5th floor, overlooking the airport, and was modern and well equipped, but was short on storage space. The breakfast was excellent, choice of hot or cold food, cereals etc.and the area was spotlessly clean.Hot food was served by staff, due to covid, but wasn’t a problem. Only problem we experienced was a faulty, in room, tv. It was reported, on three occasions, to reception, but was stiill faulty when we checked out. Would definitely stay again.