US$133
View deal
Free cancellation until 26/05/22
Reserve now, pay at stay
eDreamsUS$133
FindHotelUS$132
Trip.com
View all 10 deals
Payments made by partners impact the order of prices displayed. Room types may vary.
Prices are provided by our partners for one room, with variable occupancy rules as provided by the property, and reflect nightly room rates, including all taxes and fees known to our partners. Please see our partners for more details.
luarit
United Kingdom
21074

They are in Bilbao center next to the metro station. It is a nice location. I found it overpriced and they made a room once every 2 days.
The apartment was ready at 13h which is good and check out is at 12h which is reasonable time.

Trip type: Travelled with friends
See all 155 reviews
Payments made by partners impact the order of prices displayed. Room types may vary.
Nearby Hotels 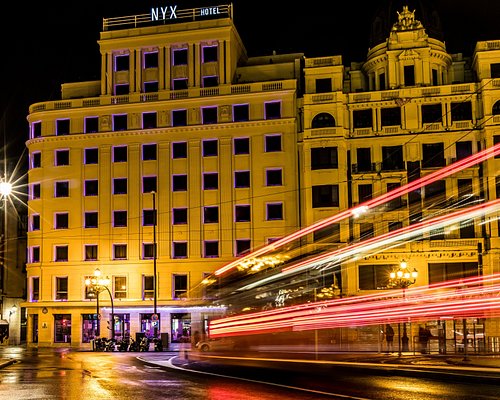 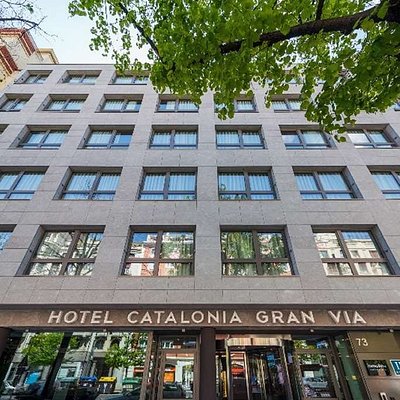 Catalonia Gran Via Bilbao
US$135
Booking.com
View deal
Free cancellation
Reserve now, pay at stay
Expedia.com
US$136
ZenHotels.com
US$132
Hotels.com
US$136
View all 10 deals from US$131
120 reviews
0.6 km from Edificio Santiago 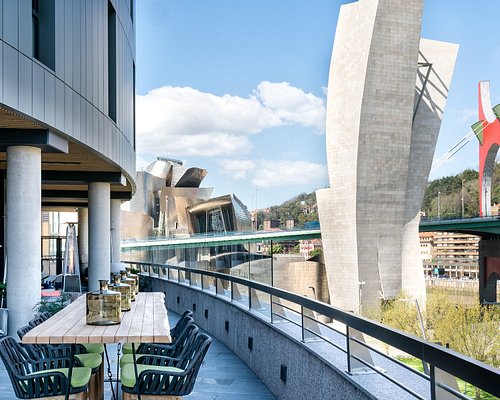 Taking safety measures
We compared the lowest prices from 16 websites
Melia Bilbao
US$188
US$161
Tripadvisor
View deal
Pay up to 12X
Hotels.com
Expedia.com
US$161
ZenHotels.com
US$188
View all 19 deals from US$160
3,529 reviews
0.8 km from Edificio Santiago

Hotels.com
View deal
Booking.com
US$187
Preferred Hotels
US$167
Traveluro
US$206
View all 19 deals from US$167
1,669 reviews
0.6 km from Edificio Santiago
We compared the lowest prices from 19 websites
Gran Hotel Domine Bilbao

Excellent location, cleanliness, very friendly staff.It is closed to the Moyua Plaza (airport bus station) and the other points of interest from downtown. The apartament is well equipped.It might be necessary pots and pans richer. The price is good,so I recommend to other families or friends groups.

This review is the subjective opinion of a Tripadvisor member and not of TripAdvisor LLC.
gill10ross
Nottingham, United Kingdom
1512
Reviewed 24 May 2018 via mobile
Nice, but not quite perfect

We stayed in an apartment on the 6th floor where the windows don’t open (except the bathroom). This is not an issue, there was both heating and a/c. The apartment was a decent size with a double bedroom, shower room, living room and kitchen. The kitchen had a coffee maker with a few pods and some tea available (a bit of milk would’ve been great, but that’s more of a British thing!). There was a dishwasher and one dishwasher tablet, but we were only there for one night, so would’ve liked some washing-up liquid instead. The main let down was the shower. It had lots of different settings for different water spouts, but the water pressure was a bit weak. There was also quite a bit of mould down where the moveable hose came from and the shower bottom filled up - I had to stop the shower to let it empty after a few minutes. Location is quite close to airport bus (5 min walk), so was handy. There is a patisserie out of the hotel on the right (as you walk out) which we used for breakfast. We didn’t have any issue finding the place, though the entrance does look slightly weird as it does go down to the car park. Reception is manned until 11pm and they were very friendly/helpful with good English. They also allowed us to store bags through the day after we checked out which I very much appreciated.

This review is the subjective opinion of a Tripadvisor member and not of TripAdvisor LLC.
tucky45
ireland
19158
Reviewed 7 May 2018
Good location but it is an apartment.

It was difficult enough to find as the entrance is inside the entrance to its underground carpark (€17 per day). Expect to wait at the check in desk. Apartment itself was very clean. It is quite dim as the blinds were in a fixed closed position. Well equipped kitchen. Good sized bathroom- small enough shower. Night time noise from traffic and revellers in nearby streets was loud enough so ear plugs are advisable. No information pack in the apartment. Good location.

This review is the subjective opinion of a Tripadvisor member and not of TripAdvisor LLC.
zoony
Cheshire UK
2333
Reviewed 25 April 2018
Good location, easy to get to, close to Metro and airport bus

€432 for 4 nights, which is reasonable. Size of top floor flat (where windows don't open) which sleeps two plus a sofa bed is very impressive although slope of roof a bit awkward on one side of the proper bed. Ample storage space and a fairly well equipped kitchen (oven, microwave, dish washer and washing machine). Coffee pod machine BUT NO KETTLE!!!!! Pots, pans, plates all there. Five minutes walk from Moyua aerobus and Metro. Near to the AZ and ten minutes from El Corte Ingles. BM supermarket 5 minutes. Many bars and restaurants nearby.

Comments saying that it is a bit tired are probably true, and the drop-in plastic shower compartment is very small. Air con left off before our arrival (so south facing room very hot for a while). Entrance is set back (reception seems to be open until midnight, not 23.00 as mentioned in various places) and so not easy to spot in the dark.

I would recommend to this place others.

This review is the subjective opinion of a Tripadvisor member and not of TripAdvisor LLC.
DMBS1262
Dublin, Ireland
4441
Reviewed 11 October 2017
Easy access to all major visitor attractions

The apartment was well maintained and located within short walk from old centre,Guggenheim and main shopping areas. The staff were very helpful ,especially the gentleman at reception. I would recommend this apartment to a couple or filly on a short break

Room tip: Select a room that either on top floors or one that doesn't overlook main street
Ask DMBS1262 about Edificio Santiago
Thank DMBS1262