Worth the upgrade to look onto the pool... - Review of The Level at Melia Sevilla

The Level at Melia Sevilla

The Level at Melia Sevilla
Contact accommodation for availability.
There are similar hotels available.
View all
IJDW
Edinburgh, United Kingdom
357266

Worth the upgrade to look onto the pool and Plaza Espana

Review of The Level at Melia Sevilla
Reviewed 15 February 2020

We normally stay in the Melia Lebreros,but thought we would compare hotels and each Level experience.Both have excellent facilities the views are better in Melia Seville,in the upgraded rooms. If you come to Sevilla in the summer, the pool wins in the Lebreros.In the Winter months there is not much to choose between hotels.

Room tip: Best over the pool and Plaza Espana
See all 29 reviews
Payments made by partners impact the order of prices displayed. Room types may vary.
Nearby Hotels 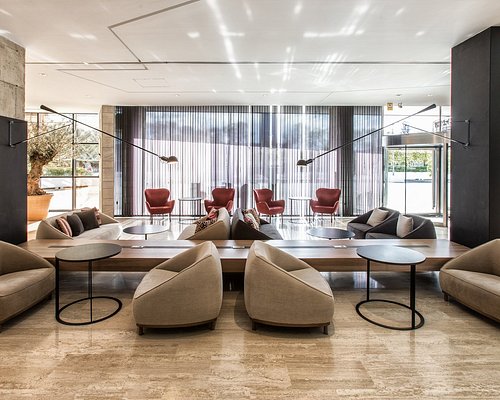 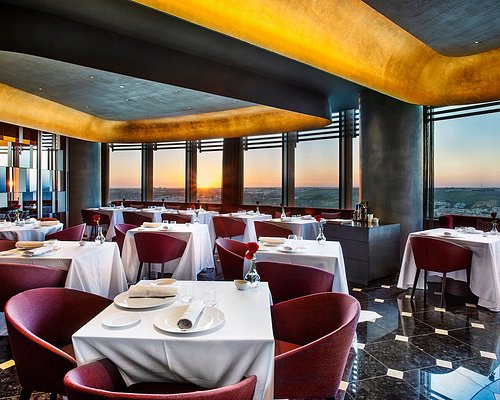 Hotels.com
View deal
Free cancellation
Reserve now, pay at stay
Expedia.com
US$119
Eurostars Hotels
US$106
Prestigia.com
US$126
View all 19 deals from US$105
662 reviews
2.8 km from The Level at Melia Sevilla 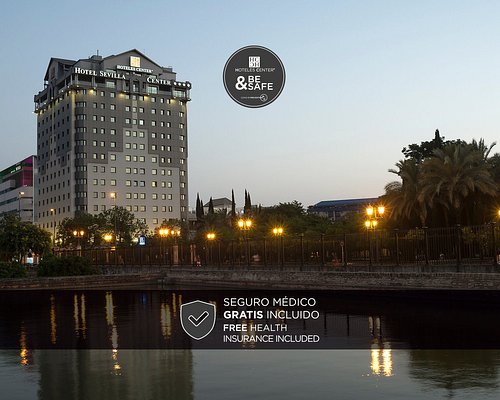 Taking safety measures
We compared the lowest prices from 15 websites
Ayre Hotel Sevilla
US$77
US$66
Booking.com
View deal
Free cancellation
Priceline
US$66
eDreams
US$66
Hurb
US$77
View all 11 deals from US$66
2,102 reviews
1.5 km from The Level at Melia Sevilla

Hotels.com
View deal
Free cancellation
Reserve now, pay at stay
Booking.com
US$107
Expedia.com
US$101
Priceline
US$107
View all 18 deals from US$100
287 reviews
1.8 km from The Level at Melia Sevilla

Taking safety measures
We compared the lowest prices from 16 websites
Hotel Alfonso XIII, A Luxury Collection Hotel, Seville
US$433
US$422

Hotels.com
View deal
Free cancellation
Reserve now, pay at stay
Booking.com
US$79
Trip.com
US$70
Prestigia.com
US$99
View all 17 deals from US$70
1,040 reviews
2.0 km from The Level at Melia Sevilla

As usual, we were very happy to stay at a Meliá hotel. A very special thank you to Nuria, Carmen, Patricia, Jorge, the chef Pablo Montero and Stefania for your service. They are a great asset for the hotel. The service they provided was exceptional and made our stay even more enjoyable.

The hotel is well located, well equipped and the Spa, an added bonus. Our room had a nice balcony but we missed the fact that there was no bidet. Not sure why Meliá has decided to remove them. Please reconsider this.

The breakfast in The Level lounge was very nice although we miss the Nespresso coffee. We dined twice at the Quimera restaurant. Service and food were excellent.

Ask Migs07 about The Level at Melia Sevilla
1  Thank Migs07

This review is the subjective opinion of a TripAdvisor member and not of TripAdvisor LLC
mevissapirie
Bath, United Kingdom
16560
Reviewed 17 November 2019 via mobile
A great space to relax and snack at any time .

The hotel is ready for a refurb which has started. Staying in a premium room or suite allows one access to the Level. Superb selection of fruit and snacks . Unlimited drinks plus coffees and teas. Open all hours until late . Worth every penny extra. Hotel is a good walk from the town centre or a €5 taxi ride.

Had paid > €250 for a Gran Premium Level room. As an experienced traveller I had expected that Melia Level would be similar to exec lounges at Hilton, Conrad, DoubleTree, Marriott, Westin and Sheraton hotels. It is not. The lounge has a nice atmosphere, and will impress occasional travellers who are not used to exec floor standard at the major international hotels. There is no complimentary water in the room and, unlike the major hotels you are forbidden to take even water from the lounge, for personal consumption.
The room was very stylish, and first impressions were very good. I am not a fan of hard floors as you hear those above clip clopping around. I understand that they look nice, and are far easier for hotels to keep clean than a carpeted floor.
The bathroom was totally impractical, but visually had the Wow factor. Like many hotels Melia have gone away from more expensive soaps and miniature bottles of gel, shampoo etc., and instead use larger wall mounted dispensers. It is impossible to dispense gel in to the bath, unless you remove the dispenser from the wall. Likewise the shampoo. There is also a hand held upright shower head in the centre of the rim of the bath where you climb in. Obviously designed by somebody who does not stay in hotels. Shower is only rain shower whereas every other hotel that I have stayed in, if they have a rain shower they also have wall mounted conventional shower.
Conclusion: If you are a regular traveller used to exec floors and good hotel rooms you will be disappointed; if you are an occasional leisure traveller looking to splash out on exec Level you will probably be impressed.

Paid a little extra for the Level room and weren't disappointed! Large spacious room with everything and more that we needed for our 3 night break. The Level lounge with snacks available all day was a lovely touch and nothing too much trouble for the attentive staff who were very friendly. Great place to be based for our first visit to Seville being so near the Plaza de Espana and lovely walk to the historical centre.

Room tip: The Level rooms give you access to the Level lounge.
Ask Isabel D about The Level at Melia Sevilla
1  Thank Isabel D

This review is the subjective opinion of a TripAdvisor member and not of TripAdvisor LLC
508SimonS
London, United Kingdom
3642
Reviewed 25 September 2019 via mobile
Lovely stay

Worth paying the extra money to have “level” experience. Use of lounge facilities with snacks and drinks all day long.
Staff were all very welcoming and friendly. When the lounge got busy, there were a few dirty plates/glasses etc left laying around for some time.
Room itself was lovely. Very comfy bed. Nice large walk in shower. “Rituals” products in the bathroom.
Small pool area with large sun deck space. Areas were cordoned of due to the decking around the pool being sanded down and revarnished.
I’d definitely come back to this hotel.
Good looking. Within 20mins walk of most of the tourist attractions.

Trip type: Travelled as a couple
Ask 508SimonS about The Level at Melia Sevilla
1  Thank 508SimonS