A gem of a hotel - Review of Hotel Natursun

Hotel Natursun
Lowest prices for your stay
Lock in the lowest price from these sites
US$105
US$57
Free cancellation until 28/05/21
View deal
Hotels.comUS$91
Expedia.comUS$91
PricelineUS$57
eDreamsUS$57
TravelocityUS$91
Trip.comUS$105
View all 14 deals
Prices are provided by our partners, and reflect nightly room rates, including all taxes and fees known to our partners. Please see our partners for more details.
Payments made by partners impact the order of prices displayed. Room types may vary.
June4th
Torrevieja, Spain
7130

A gem of a hotel

Show less
See all 660 reviews
Payments made by partners impact the order of prices displayed. Room types may vary.
Nearby Hotels 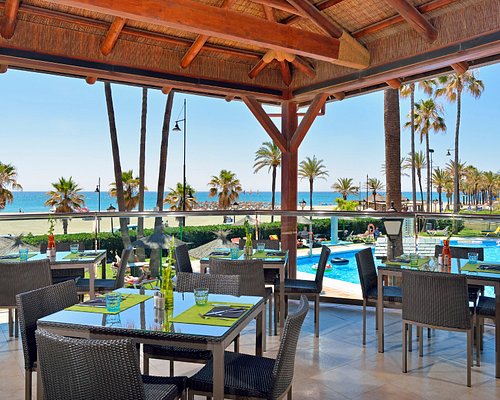 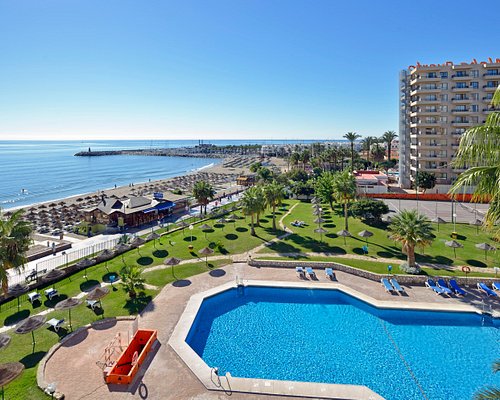 Taking safety measures
We compared the lowest prices from 16 websites
Sol Principe
US$147
Booking.com
View deal
Free cancellation
Hotels.com
US$148
ZenHotels.com
US$136
StayForLong
US$150
View all 18 deals from US$135
5,021 reviews
2.0 km from Hotel Natursun

Taking safety measures
We compared the lowest prices from 14 websites
Top Rated
Sol Don Marco by Melia
US$153
Booking.com
View deal
Free cancellation
Expedia.com
US$153
ZenHotels.com
US$145
StayForLong
US$158
View all 16 deals from US$145
1,209 reviews
1.3 km from Hotel Natursun

Stopped here for 5 nights. Absolutely lovely hotel. Was a bit worried after reading the reviews about the rooms and shower but was pleasantly surprised. Sunbeds by the pool so comfortable and the view from the balcony was amazing. In fact as soon as we checked out we rebooked to go again end of September. Would highly recommend this hotel.

This review is the subjective opinion of a TripAdvisor member and not of TripAdvisor LLC
MagicWriter2003
Buckie, United Kingdom
3729
Reviewed 16 July 2020
Lovely staff but not suitable for disabled guests

Decided to have a 5 day break down at the coast after the lockdown had been lifted. This was not our original chosen hotel as the first did not have any disabled friendly bathrooms. So after a very stressful day, looking online we somehow arrived here.

The entrance to the hotel was up a small very steep road, but there was a lift up to the actual hotel. There was an underground car park which I never went into, but my husband said it was pretty tight. We have a Megan estate, but if you have a smaller car it would have been fine.

We asked for a room with a shower and were given the keys to a room on the third floor with a balcony overlooking the pool. It had a small table and two fold up chairs on it. I immediately checked out the bathroom and yes, it did have a shower, but it was a small square telephone box style one. We both went in it, one at a time, and neither of us would have been able to wash ourselves once in there. Bearing in mind
I am small and overweight, hubby is 6’ of average weight.

I sent my husband back downstairs to see if they had anything more suitable so they gave us keys to a second room, which was actually a quadruple room, two single beds and one double bed and not much room for anything else in it but this time it had a shower over the bath. Usually I can manage these if there is a shower curtain and an anti slip mat. Sadly, this had a semi fixed screen which would have made it difficult for my husband to help me get in and out.

By this time I was very hot, very tired and in tears. My husband went downstairs to ask if they would refund us the money we had paid on arrival as I just wanted to go home by then. He came back with keys to another room which had a large walk in shower.

We went and had a look and although the room itself was pretty small, the bathroom was manageable. We did have to do a sort of sideways shuffle along the bottom of the bed to get into the bathroom, which had a sliding door, and to get out to the lovely large balcony overlooking the pool. We were up on the third floor and it had two very comfortable sun loungers and a couple of small tables to keep drinks/books/food off of the floor. We decided to stay put then as they had gone out of their way to find us a suitable room.

The hotel itself was well located, with a bus stop a very short walk away. There were regular buses going to Malaga, Fuengirola and Benalmedina. It was within walking distance to the sea if you were fit. We walked there and back one day, but it was so hot, we decided not to do it again. Going was fine as it was all downhill. There was a lovely small pool area with nice comfortable sun loungers and parasols to give you some shade. I managed to get in and out the pool quite easy as they had steps with a handrail at either end.

There were a couple of sitting outside areas with comfortable enough seating, a pool table, a bar that was only open the night we arrived and the dining room where you could either sit inside for breakfast or sit outside in the bar area next to the pool. As things were only beginning to open up again after the lockdown it was pretty quiet, just a handful of people that all seemed to be either Spanish or possibly French.

There was no snack bar, but opposite the reception desk was a drinks machine with a few snacks in it and an ice cream machine. I thought both were a bit expensive, €2 for a can of cola, €1.50 euros for bottled water. But it was handy as their were no drinks facilities in the room. But the rooms did have small fridges, a godsend in the heat of the summer months.

Breakfast was a kind of buffet on a tray. Each room would be allocated a tray with cutlery and napkin wrapped up, two pieces of fruit ( over the 5 days we had kiwi’s, oranges, apples and peaches ), a roll, a plate of two types of cold meat and sliced cheese, jam, butter, olive oil, a plain croissant and a smaller chocolate croissant, a small pack of plain biscuits and a Magdalena cake. Tea/coffee and juice were in a machine where you helped yourselves. There was also two toasters you could use. The staff were constantly wiping down tables, cleaning up and wearing masks at all times.

Breakfast was served until 10-30am, so no mad rush to get up too early.

The two main members of staff, Leo & Rania were very, very helpful. Leo was usually there in the mornings and gave us two pool towels each as they weren’t very big. And Rania would always make me a coffee In the evening when we had returned from our evening out. They always wore their masks and were very helpful, phoning for a taxi for us and so on. They made you feel that nothing was too much trouble, although I am sure I gave them both a headache that first day!

The only reason I am giving it 3 stars is the size of the rooms and the fact it does say ‘disabled friendly’ in their information. A lift does not make somewhere disabled friendly unfortunately, it has to have fully accessible rooms and bathrooms. Anyone with a serious disability would have been struggling.

But, if you are fit and healthy it would be fine for a short stay.

This review is the subjective opinion of a TripAdvisor member and not of TripAdvisor LLC
Nicholas C
Bourne, United Kingdom
113
Reviewed 6 March 2020
Weekend Break

Stayed at this hotel half board for 3 nights at the end of February 2020. Room was very clean with a very comfortable large double bed. Breakfast was plentiful consisting of cereals, pastries, yoghurts, meat, cheeses, toast, bacon and eggs. Evening Meal was simple consisting of salad, chips, meat & fish dishes.Desserts were basic cakes, jelly, fruit yoghurts and icecream. Would of been helpful if main dishes had labels on so you knew what the different meat and fish were each evening. Close to beach and shops and ideal for a weekend stay in Torremolinos.

For the price we paid this was a good hotel. I won't go into the decor as most people do ( as if we go away to redesign places ) but I will say the breakfast was good with lots of choice and the staff were friendly and helpful. Well positioned on the edge of Torremolinos and Carihuela towards Benalmedina, it is an ideal base if you like a good walk. It's right on the main road so picking up a taxi is easy too. There are some nice bars and restaurants within easy reach and the area is lively but not rowdy.

Room tip: 106 was a pool/sea view with sun most of the day.
Ask Arthur H about Hotel Natursun
1  Thank Arthur H

This review is the subjective opinion of a TripAdvisor member and not of TripAdvisor LLC
MarcBobSponge
Crawley, United Kingdom
121
Reviewed 14 February 2020 via mobile
Perfect as a base

Just has a little 4 night stay at the Natursun.
For me I found the location perfect it was far enough out of town to not be too loud and busy. The staff are friendly enough and it was great to have a 24 hour reception to say it was a relatively small hotel.
The rooms were a perfect size and love the addition of a fridge. However the bathroom was just a tad too small but still managed perfectly fine, plus they have hairdryers. The walls are slightly too thin and some noise from the rooms could be heard plus a little bit of noise from the corridors, although this was after say 09:00.
All in all I really enjoyed my stay in the hotel and if had the chance to star here again I would.