Hotel Le M Honfleur
Lowest prices for your stay
Lock in the lowest price from these sites
US$150
US$111
View deal
Hotels.comUS$112
PricelineUS$111
Expedia.comUS$112
eDreamsUS$111
FindHotelUS$144
Trip.comUS$150
View all 18 deals
Prices are provided by our partners, and reflect nightly room rates, including all taxes and fees known to our partners. Please see our partners for more details.
Payments made by partners impact the order of prices displayed. Room types may vary.
Graham S
Fareham, United Kingdom
161

This basic hotel provided room & breakfast with a swimming pool, sauna & steam room. On the outskirts of Honfleur it is some 800 mtrs from the outskirst near a small supermarket. Honfleur is a beautiful location with many and varied places to eat and historic buildings surrounding an active fishing port. If the weather is good there is no better place. We had rooms towards the back of the hotel which were very quiet.

Room tip: Rooms towards the back are quieter.
See all 466 reviews
Payments made by partners impact the order of prices displayed. Room types may vary.
Nearby Hotels 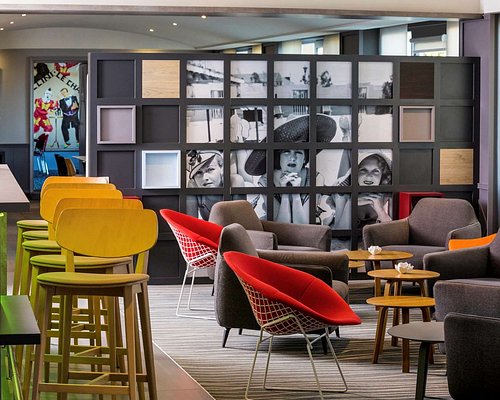 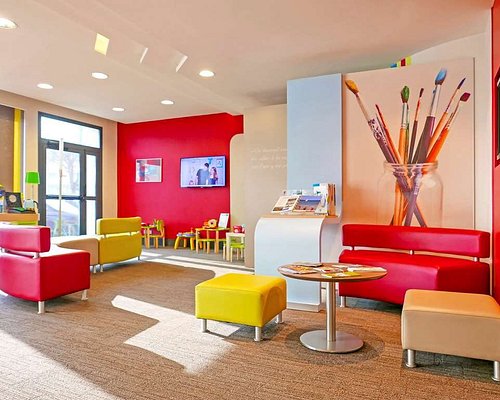 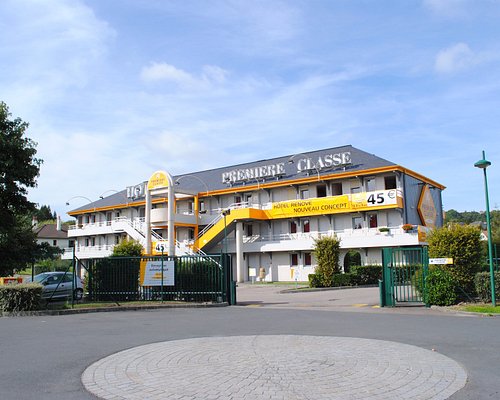 We stayed here for one night at the end of August and were grateful that it was only for one night. The room is very small and badly in need of refurbishment. The curtains were dirty and the hotel seems to trade on basis that people will come to this beautiful town. Can only strongly recommend that this place be avoided.

This review is the subjective opinion of a TripAdvisor member and not of TripAdvisor LLC
783AndrewT
Cardiff, United Kingdom
2985935
Reviewed 21 July 2019 via mobile
Pleasant hotel near central Honfleur

We stayed here during a visit to Normandy and Honfleur. We wanted somewhere clean and comfortable, close to the town with good parking and pool and spa facilities.

The hotel is around 15 mins walk from the old basin and port area, but it is a pleasant and attractive area to walk through along a tree lined avenue.

There is plenty of parking which is free at the property which we required as had our car.

The hotel is comfortable, the rooms relatively small, but the bed was good and we slept generally well. As the location is surrounded by trees and country, the air was fresh and helped our sleep.

The room had no safe and there was no shower curtain which were minus points.

Breakfast was nice and fresh with French/continental choices. The food was good and there was homemade rice pudding one day.

The pool and spa are very good, and have a nice outside seating area for sunny days.

The price was inexpensive and great value for money. Staff were very friendly. We would stay again.

This review is the subjective opinion of a TripAdvisor member and not of TripAdvisor LLC
Westwind13
Houston, Texas
53
Reviewed 17 June 2019
Well located hotel with quirky decor.

We stayed at this hotel as part of a group attending and performing DDay comemmorations. We arrived later than expected, but check in for our group of 54 was relatively smooth. The hotel is located a short walk from the town center, which is charming. It is in a quiet location and has a kind of quirky, modern décor. Our rooms were small by American standards but clean and adequate for a 3 star hotel. It does not have in-room coffee or tea making facilities.Breakfast was provided every day which included fruits, yogurts, cheese, meat, and a variety of croissants and breads. The coffee was ok, but not great. There was a selection of french language newspapers available. We had dinner as a group in the hotel the last night we were there. The food was good, not outstanding. They have a bar which is run by the same person handling the front desk, who was also helping to serve our dinner, so she was not always immediately available at the bar. I ordered a vodka on ice with lemon and recieved vodka on ice with a side bottle of lemonade. My French is limited and the person at the bar had limited English. I was able to get a slice of lemon for my drink, but still had to pay for the lemonade. The swimming pool/spa is in an adjoining building and a bit smaller than it looks online. It does not have in-room coffee or tea making facilities. All in all it was good for the price.

We ask for extra blanket and they give us. WE GET A FREE breakfast .the roon is clean and very nice. The food is fresh and variety. The room is clean and nice. We get free nice hot swimming pool and dry and wet sauna

This review is the subjective opinion of a TripAdvisor member and not of TripAdvisor LLC
nannyfanny
Port Washington, New York
3333
Reviewed 23 October 2018 via mobile
Great location & Bad croissants

The hotel is totally generic. The breakfast is fine, but the croissant taste like Dunkin’ Donuts. The coffee is not even potable.

Excellent location as it is easy to walk anywhere.