Stayed in Muckross park hotel on the 2 night Gourmet Getaway break offered on there website. Worth every Penny!! We had dinner on the first night in The Yew tree restaurant that was exquisite, followed by drinks in Monks lounge. We had breakfast both mornings in the hotel, the buffet was wonderful everything you could have wanted and more, we went to the spa on the second night, the fact the area is over 18's is really nice as the relaxing atmosphere was very nice, there was so many areas I particularly liked the herbal sauna and the outdoor hot tub! The champagne flight in the monks lounge is a nice touch which is part of the package. The rooms are nice, only complaint would be the rooms can be very warm even though there is a thermostat the lowest it goes is 17degrees and I found it very warm in the nights, other than that I wouldn't fault the place it's well worth the visit and the money. More

I was delighted to receive your wonderful review and to learn that you enjoyed your time with us in Muckross. It is fantastic that you were able to avail all the services that we have to offer.

I am thrilled you enjoyed every single of aspect of your stay with us, from Yew Tree Restaurant to our hotel facilities, service, and of course our award-winning Spa at Muckross Park.

It was a pleasure to have you with us and we look forward to welcoming you back soon.

Report response as inappropriateThank you. We appreciate your input.
This response is the subjective opinion of the management representative and not of TripAdvisor LLC
See all 2,411 reviews
Payments made by partners impact the order of prices displayed. Room types may vary.
Nearby Hotels

Trip.com
View deal
getaroom.com
US$136
Expedia.com
eDreams
View all 16 deals from US$124
873 reviews
5.7 km from Muckross Park Hotel & Spa
We compared the lowest prices from 16 websites 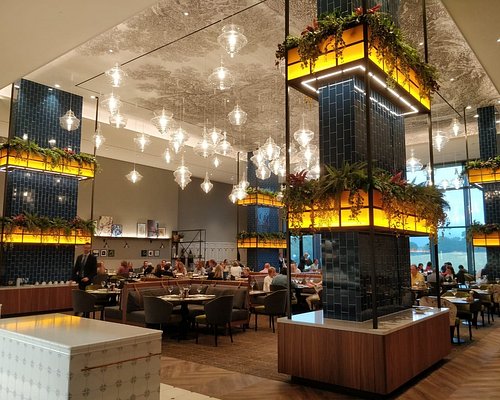 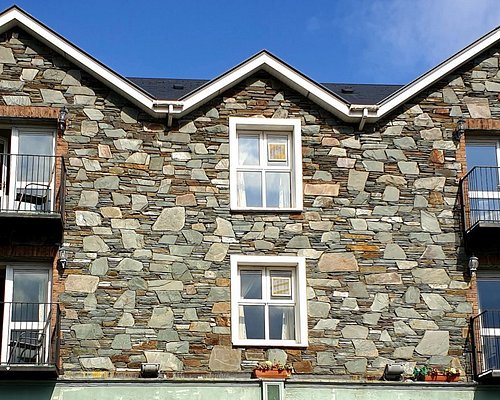 Hotel was nice but felt more like 4 stars than 5. No turn down service, no wine or chocolates even though it stated it in our package. Lovely vitality suite and excellent reception staff. Breakfast could do with a bit of work.

Review collected in partnership with this hotel
This business uses tools provided by Tripadvisor (or one of its official Review Collection Partners) to encourage and collect guest reviews, including this one.
Ask CorkGirl92 about Muckross Park Hotel & Spa
1  Thank CorkGirl92

I would like to thank you for taking the time to review your experience. Naturally, I was disappointed to learn that we did meet your expectations. I regret to learn that you did not receive the package that you booked. We take great pride in the quality of our service, and it is naturally very disheartening to know that our standards have so clearly slipped on this occasion. For this, I would like to apologise most sincerely.

I am delighted that you enjoyed our Vitality Suite and grateful that you shared your kind remarks on our wonderful reception team.

Your feedback is most helpful in distinguishing the areas that we need to improve. I very much hope that you will return to us on another occasion to experience the full five-star standard for which we are renowned.

Report response as inappropriateThank you. We appreciate your input.
This response is the subjective opinion of the management representative and not of TripAdvisor LLC
Paul S
Lincoln, United Kingdom
2756
Reviewed 1 November 2019
Simply the best!

Wow! What an incredible hotel. We are on a 12 week European tour and too busy to write reviews for the many hotels we have stayed in - but I will make an exception for this one.

Check in was polite, efficient and informative and our room was extremely comfortable. We arrived early and were encouraged to use the Spa and didn't regret it. This Spa is absolutely fabulous, spacious and kept extremely clean.

The breakfast was to die for, fantastic choice, extremely good service and a brilliant setting.

Brian on the front desk made us feel like an old friend and even went as far as bringing in his personal maps for us to use. He is a huge asset for the hotel and clearly loves helping customers.

Again, another sign of a great hotel is that they remedied a small problem very quickly and politely - we all know that mistakes happen occasionally!

The area is stunning with lots to do and a great nightlife is to be had in Killarney if you like that sort of thing. We did!

Without trying to sound pretentious we tend to stay in the One & Onlys, Waldorf Astoria's, Langham's and the like and this place is equal to any of them in terms of service and quality.

If you want to explore the South West coast of Ireland then you don't need to look any further than here.

Thank you everyone for a brilliant 4 night stay.

You can only imagine my delight when I read your review. I would like to thank you for making an exception and taking the time to write your fabulous review. It brings me great joy to learn that you had an exceptional experience here in Muckross.

Your kind compliments in regards to our staff gives me a great sense of pride. We are very lucky to have such a remarkable team and it is always rewarding to see them receive recognition for their hard work. Brian will be thrilled by his special mention.

I am truly delighted that you enjoyed your time in Killarney. I hope the remainder of your trip is full of excitement and wonder!

Report response as inappropriateThank you. We appreciate your input.
This response is the subjective opinion of the management representative and not of TripAdvisor LLC
Imaobong E
34
Reviewed 1 November 2019 via mobile
Amazing hotel

Stayed here for two nights with my daughter and I must say that I cannot find one single fault to complain about. The hotel is spotless, the staff are accommodating and friendly, and the spa service is fantastic. I definitely would recommend this hotel.

I would like to thank you for taking the time to review your stay with us. It is wonderful to receive such fantastic praise as we kick off the winter season. I'm delighted that your stay was flawless and that you enjoyed your time in Muckross.

Your kind recommendation truly means the world to me. We certainly hope to welcome you back soon.

Report response as inappropriateThank you. We appreciate your input.
This response is the subjective opinion of the management representative and not of TripAdvisor LLC
imaobongessien
1
Reviewed 1 November 2019
Amazing stay

Spent two days at the Muckross Park Hotel and Spa with my daughter. We really enjoyed our stay. I cant fault this hotel. It was clean, the staff were always helpful and polite, the food was great, amazing spa services and of course, great location. I will definitely recommend this hotel to all my family and friends.

Review collected in partnership with this hotel
This business uses tools provided by Tripadvisor (or one of its official Review Collection Partners) to encourage and collect guest reviews, including this one.
Ask imaobongessien about Muckross Park Hotel & Spa
Thank imaobongessien

It was a pleasure to read your review this morning. I would like to thank you for your fabulous review. Our team in Muckross will be thrilled to learn that you had an "amazing stay." We truly care for our guests' experience and it is so rewarding when we receive positive feedback. I am delighted that you were able to experience our award-winning Spa—it is most definitely an essential treat when visiting the hotel.

I am extremely grateful for your recommendation and I look forward to welcoming you back on your return visit.

Report response as inappropriateThank you. We appreciate your input.
This response is the subjective opinion of the management representative and not of TripAdvisor LLC
bredmo738179
1
Reviewed 30 October 2019
Excellent 5* Hotel in beautiful Killarney

Beautiful 5* Hotel in heart of Killarney next to Killarney National Park. Excellent facilities,friendly & courteous Staff. Room was spacious & comfortable Bed with all normal facilities i.e. Tea /Coffee / Safe.
Check in was quick and front desk were very helpful at all times along with Porters.

Review collected in partnership with this hotel
This business uses tools provided by Tripadvisor (or one of its official Review Collection Partners) to encourage and collect guest reviews, including this one.
Ask bredmo738179 about Muckross Park Hotel & Spa
Thank bredmo738179

I read your review with great pride, this morning. I am delighted that you enjoyed your time with us here in Muckross Park. We strive to provide a haven for our guests while delivering exceptional service. It is always rewarding for our team to receive recognition for their dedication.

I truly hope that you enjoyed your time in Killarney and that you got the opportunity to see all the wonders on our doorstep. Thank you for choosing to stay with us. I look forward to your return visit.

Report response as inappropriateThank you. We appreciate your input.
This response is the subjective opinion of the management representative and not of TripAdvisor LLC
View more reviews
PreviousNext
1…414243…402