Tontine Hotel
Lowest prices for your stay
US$97
View deal

US$109
US$96
View deal
Hotels.comUS$97
PricelineUS$97
HurbUS$109
View all 16 deals
Prices are provided by our partners, and reflect nightly room rates, including all taxes and fees known to our partners. Please see our partners for more details.
Payments made by partners impact the order of prices displayed. Room types may vary.
Nathalie B
3

Nice welcome ,lovely room, great Scottish breakfast and very helpful staff.
very large bath and powerful shower was an added bonus.We were attending a wedding and found a good iron and ironing board in the wardrobe.

See all 447 reviews
Payments made by partners impact the order of prices displayed. Room types may vary.
Nearby Hotels 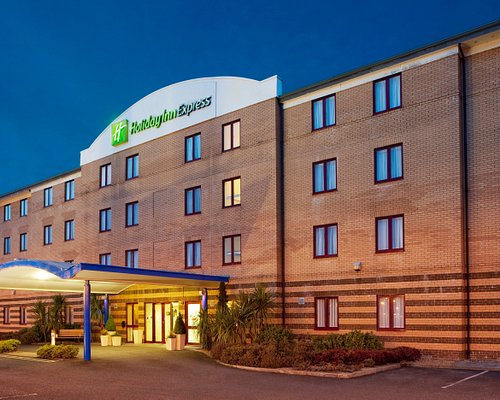 Breakfast included
Holiday Inn Express Greenock
US$77
US$75
Booking.com
View deal
Free cancellation
Expedia.com
US$75
Tripadvisor
US$75
getaroom.com
US$77
View all 16 deals from US$75
465 reviews
1.9 km from Tontine Hotel

The second time my partner and I have staid here and we took her parents this time as well. Rooms were excellent as usual and the staff were all amazing again. Food was also wonderful. Only gripe we had was that my partner's father can only walk a bit on his crutches and they do have an entrance for the lower rooms in which they stayed but we were not told about the call system on the wall to let them in through the door. Apart from that we all really enjoyed and will be returning again !

This is a lovely Georgian hotel beautiful maintained. The staff are friendly efficient and always happy to help. Visited for High Tea a really great experience. Well priced lovely homemade fresh food and a lovely lounge to sit in. Well worth a visit for food , drinks and the rooms are of an equal standard.

Room tip: Good private car park at the rear of the hotel. The hotel can be busy however it never feels crowded or rushed
Trip type: Travelled with family
Ask KirdyG1 about Tontine Hotel
1  Thank KirdyG1

This review is the subjective opinion of a TripAdvisor member and not of TripAdvisor LLC
Ieuan44
Tywyn, United Kingdom
390163
Reviewed 15 May 2021
Good Food.

We called in for food while we were staying with a friend in Greenock. All precautions were in place wearing of masks until seated. All the meals we had were very tasty and of good quality and well presented.

This review is the subjective opinion of a TripAdvisor member and not of TripAdvisor LLC
Bosta25
Aberdeenshire, United Kingdom
3
Reviewed 6 May 2021 via mobile
Family visit

Excellent stay at the Tontine - very friendly and attentive staff throughout the stay. Breakfast was table service and was first class with a good choice of hot and cold . It was great to see the beer garden open and all following safe social distancing. Very comfortable hotel and recommended if looking to stay in the Inverclyde area.

Visited for food recently at lunch time and had what was most likely the worst fish and chips ever! Fish was full of bones, tasted awful and was covered in soggy yellow batter. The obviously frozen chips were terrible and the ridiculous little metal egg cup full of frozen peas was a joke. The other dish was fish pie which at almost £15 was distinctly below average, containing a similar white fish of dubious origin and a white sauce which was tasteless. Same uninspiring accompaniments of frozen chips and peas. At this price point, the meals were awful and a real let down especially in what is supposed to be one of Greenock’s best hotels.