US$135
US$115
View deal
SAVE US$20
Expedia.comUS$135
Hotels.comUS$135
eDreamsUS$135
View all 15 deals
Prices are provided by our partners, and reflect nightly room rates, including all taxes and fees known to our partners. Please see our partners for more details.
Payments made by partners impact the order of prices displayed. Room types may vary.
peteraZ6585TC
1

Great hotel, managed C19 very well. Friendly and helpful staff and a great breakfast.
Would highly recommend the hotel. Rooms were very clean with a good view of the garden. Good location to explore the area with Inverness City centre close by.

See all 641 reviews
Payments made by partners impact the order of prices displayed. Room types may vary.
Nearby Hotels 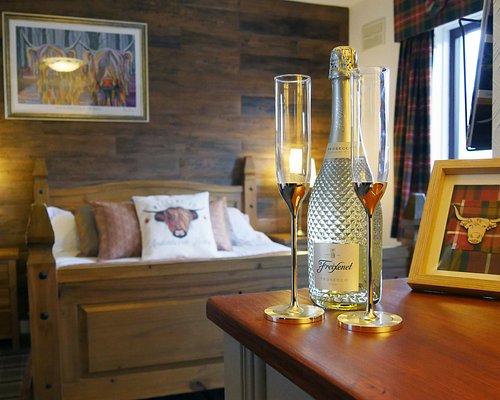 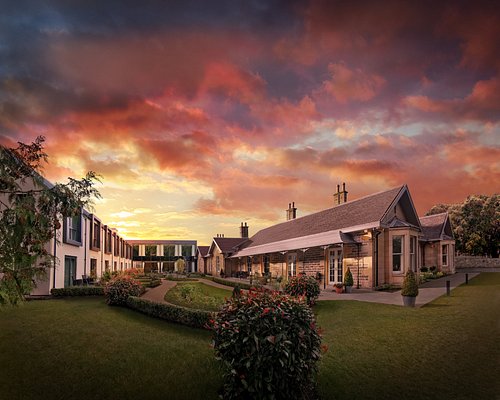 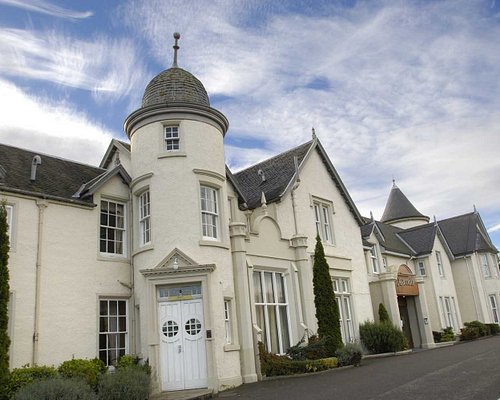 I've been visiting Inverness for many years but never to Lochardil House. It's a beautiful, traditional building so much more attractive than the big chains' more modern designs which now dominate the centres of Scotland's cities. We were in the Garden house which had patio doors to the hotel's garden. There was a small, secluded table with chairs on the patio. If only it had been summer! It would have been fantastic to have enjoyed a glass of wine there. The staff were friendly and attentive. We weren't able to have dinner in the restaurant due to the COVID 19 restrictions but it's a short drive into the centre of Inverness. Breakfast was served in the hotel's conservatory which was very pleasant in the morning sun.

My Partner and I stayed recently on a short break, which despite the COVID situation was a very worthwhile the Accommodation was very good and the Staff were friendly and helpful during the course of our stay - if your looking for a base to explore the wonderful Scottish Scenery - south to Loch Ness and Fort William or North on the North Coast 500 your in prime position here

Review collected in partnership with Best Western
This business uses tools provided by Tripadvisor (or one of its official Review Collection Partners) to encourage and collect guest reviews, including this one.
Ask Paul A about Inverness Lochardil House Bed & Breakfast
Thank Paul A

This review is the subjective opinion of a TripAdvisor member and not of TripAdvisor LLC
Roger0907
London, United Kingdom
1421
Reviewed 26 September 2020 via mobile
Passing through Inverness

Booked this hotel as we wanted to avoid the centre of Inverness. We have been travelling from place to place and staying in a different hotel each night I found this to be the best of all the ones we stayed at. Not the cheapest option available in the surrounding area but I have to say it was excellent value for money. Would happily recommend, in fact I already have.

This review is the subjective opinion of a TripAdvisor member and not of TripAdvisor LLC
meddleman
Crewe, United Kingdom
1913
Reviewed 21 September 2020
Hotel is fine, Best Western Head Office less so

Nothing to do with the hotel but everything to do with Best Western. Knowing I had a six hour drive to get here (and another five hours the following day), I purposely selected an out of town hotel, intending to eat in the restaurant. A few days before we set off, I received an email stating that the restaurant was closed. As the hotel is at the top of a hill and a fair walk into town, this was disappointing. As the restaurant had taken part in the Eat Out To Help Out scheme and taken advantage of the government subsidy only to close straight afterwards, some would say that this was a particularly cynical decision. I would have been far better to book a hotel nearer the town centre though this is no reflection on the staff at The Lochardil. The hotel was clean, the room was fine and breakfast was well organised and the staff were pleasant.

This review is the subjective opinion of a TripAdvisor member and not of TripAdvisor LLC
theclarkes12
Lancaster, United Kingdom
120100
Reviewed 20 September 2020
A very pleasant Hotel just away from the centre of the town

This hotel is about half an hour walk from the riverside centre of Inverness and is in a quiet, peaceful residential area. The rooms in the main house are fine but several overlook the car park. Rooms are clean and tidy but a little mould was visible in the bathrooms. Service was excellent and we were made very welcome. Breakfast was ordered and delivered ready plated and was very good. Although there was no evening food available they provided maps and a list of places to eat in the Town.

Room tip: Front of the hotel look over the car park. Side view over roof of restaurant to garden.
Ask theclarkes12 about Inverness Lochardil House Bed & Breakfast
Thank theclarkes12