US$210
View deal
Free cancellation until 17/04/21
eDreamsUS$213
Hotels.com
Travelocity
View all 13 deals
Prices are provided by our partners, and reflect nightly room rates, including all taxes and fees known to our partners. Please see our partners for more details.
Payments made by partners impact the order of prices displayed. Room types may vary.
Frazman
Cambuslang, United Kingdom
9769

Checked in for a two night break on way to Orkney. The location on the banks of the Ness is fantastic. 5/10 min stroll to loads if pubs and eateries. Lovely beer garden too which we made use if in the stunning weather. The room was a good size and well presented. The bathroom could probably do with an upgrade. Downside was breakfast both mornings. Staff were all lovely and attentive. But the food was average. Claire ordered pancakes with crispy bacon, pancakes lovely, but the bacon was closer to gammon steaks, not crispy, just thick cut rashers. I had the full Scottish and didnt enjoy the bacon either. £11/head, we expected a little better, however, it was all cooked fresh. Ll to be fair. Claire had salmon and scrambled egg in the 2nd morning, but the egg was not nice at all. I would happily recommend this hotel, as you can find plenty places to eat close by. The evening menu was also very pricey and I'm glad we cancelled our reservation and went on recommendations to Prime..More

Show less
Trip type: Travelled as a couple
See all 1,033 reviews
Payments made by partners impact the order of prices displayed. Room types may vary.
Nearby Hotels

Royal Highland Hotel
US$145
Booking.com
View deal
Hotels.com
US$144
Agoda.com
US$98
Priceline
US$145
View all 17 deals from US$98
2,486 reviews
0.8 km from Glenmoriston Townhouse Hotel
We compared the lowest prices from 17 websites 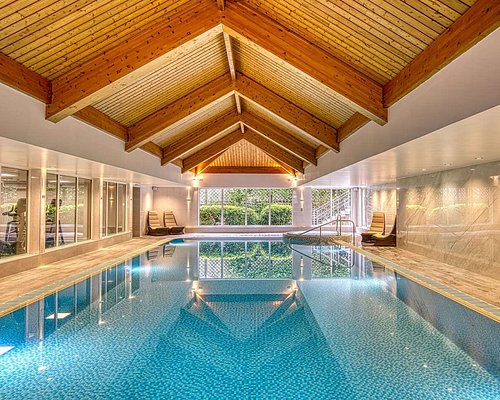 Expedia.com
View deal
Pay up to 12X
Hotels.com
US$42
ZenHotels.com
US$38
Trip.com
US$39
View all 14 deals from US$38
675 reviews
2.3 km from Glenmoriston Townhouse Hotel
We compared the lowest prices from 14 websites
Blackfriars Inverness
US$175

Upon arrival we were greeted by professional and friendly reception staff who explained all and once settled made a call to check everything was ok with room. Room was well equipped and comfortable. We had contacted hotel prior to our arrival regarding dietary needs and once seated we were offered alternatives and this was done very professionally and glad to say the food served was really lovely.

Breakfast was the only real let down. Breakfast menu was not fully explained to us although seemed to be to all guests coming in after us. Hot food was ok my French toast was pretty dry, was ok with the maple syrup When we asked for some toast it come pretty well done. Staff were good but difficult to attract

Check out was very professional

Unfortunately, I have to give the hotel a bad rating - not because of the hotel as such, but because of its service.
We had booked and paid for a night at the hotel in January for May. Then Corona came along and in Scotland the hotels were not allowed to open again until July 15th. So the hotel could not offer its services in May. We then contacted the hotel. Since we had booked the cheapest hotel rate, we were told that the room could not be cancelled. But that is not correct. We didn't want to cancel, but the hotel was not allowed to open because of Corona, so the hotel would have had to cancel us.
Since we understand that Corona hits the hotel industry very hard, we would have been satisfied with a change in booking. For the same period in 2021, the hotel wanted a surcharge of over 100 pounds, which would have been due immediately. Due to the confusing Corona situation we did not want to accept the offer and pay another 100 pounds. Unfortunately, it could not be explained to us in what way the price would increase so drastically.
After we told the hotel that we would not accept the offer but wanted our money back, the contact broke off. Emails have not been answered since the end of May. We are very disappointed with the behaviour of the hotel, as it is the only hotel on our planned round trip in Scotland which shows such a rude behaviour. I hope that the hotel management will contact us after this message.

This review is the subjective opinion of a TripAdvisor member and not of TripAdvisor LLC
Mcshanks
Motherwell, United Kingdom
3356
Reviewed 10 September 2020 via mobile
Disappointed

We stayed here for a overnight on our tour of Scotland.The girl on reception when we arrived was lovely.The room we booked had a river view.The bathroom,the toilet cistern took forever to fill up.Really annoying,especially if used through the night.Window handle was a bit dodgy as well.We were asked a time for breakfast on arrival,we went down in the morning and must have waited 20 minutes,possibly longer for breakfast.We had to ask for toast,we were given one slice each.Had to ask for orange juice,a small glass half filled.I would not visit this hotel again.

This review is the subjective opinion of a TripAdvisor member and not of TripAdvisor LLC
tourguidebarbie_10
Irvine, United Kingdom
1110
Reviewed 30 August 2020 via mobile
Enjoyed our stay at this lovely hotel

We had a great room overlooking the river. Very comfortable and spotless clean. Ate in restaurant one night and for breakfast and had a few drinks in the bar every night. Friendly staff and food was lovely. Really enjoyed our stay!

This review is the subjective opinion of a TripAdvisor member and not of TripAdvisor LLC
alastair c
Livingston, United Kingdom
1914
Reviewed 25 August 2020
Lovely location

Very nice hotel on banks of river, one way quiet road in front of hotel, plenty of parking at side and rear.
Lovely appointed dining room and bars downstairs either side of entrance door.
Only a 10 minute walk from town centre, the one way streets are a bit of a nuisance just now because the satnav hasn’t caught up, this makes you pay attention to sense of direction.
Very nice walks from hotel along banks of river with bridges both pedestrian and car ones.
There are new roads being opened so study up to date maps