Absolutely amazed by this hotel! We stayed in one of the hot tub rooms, and wow, what a treat! View of the river from the room balcony stunning, such a gorgeous location. One of the best places we've ever stayed.

Trip type: Travelled as a couple
See all 505 reviews
Payments made by partners impact the order of prices displayed. Room types may vary.
Nearby Hotels 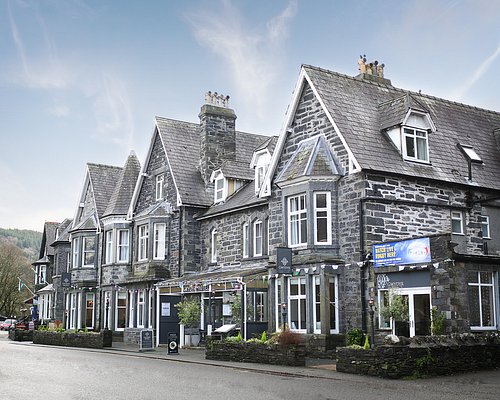 Sponsored
The Gwydyr Hotel
US$147 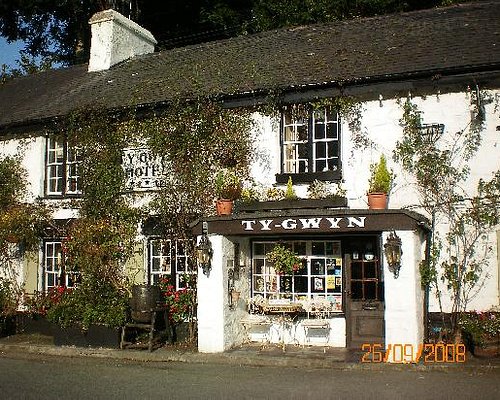 Breakfast included
Ty Gwyn Hotel
US$113
Booking.com
View Deal
Free cancellation
Reserve now, pay at stay
eDreams
US$113
Agoda.com
US$113
Tripadvisor
US$113
View all 5 deals from US$113
827 reviews
0.2 km from Craig-y-Dderwen Riverside Hotel
We compared the lowest prices from 5 websites

Don’t go to this hotel. Rip-off merchants.
The hotel although sited next to the river (very picturesque) is otherwise best described as underwhelming.
We can’t see how this hotel has received a 4 star rating other than its location. We paid £420 for a two night stay.
We were asked to pay £205 upon booking and £215 on entering reception. We think there policy is to get our money first and face out the complaints later. We understand paying the deposit of £205 but we have never been asked to pay the £215 upfront for second night before. This was a first for us.
No lift in the hotel, so the stairs were well trodden, this was very evident and showed in the shabbiness of the carpeting on the stairs and landings.
We required a twin bedded room and were taken to room 17. We were able to see the river from our balcony, but only by standing. Sitting down, the view was obliterated by the balcony wall.
The en-suite bath with shower hose over, dated shell design, hand basin which had a crack in it, cheap taps, copper pipes visible behind pedestal not painted. Toilet rim underneath dirty.
Cushions on bed were shabby.
Breakfast I ordered full Welsh, poached egg undercooked and pale yoke, black pudding gone hard.. Sausage, small and poor quality. Mushroom oily. All in all, very poor quality.
On the dressing table there was a bottle containing tap water. I thought it had a peculiar taste I was told I could have bottled water but that would be an extra.
At £215 a night unbelievable.

This riverside hotel is in a superb and picturesque location, 10 mins easy walk into village offering additional choice of cafe restaurants & shops. The staff were excellent, service good and covid protocols well considered and functioning. We ate supper in the restaurant on one of our two evenings and enjoyed the choice and quality of the menu.

However - the hotel requires further refurbishment. Both in public areas and bedrooms. Currently the ‘modernisation’ looks half done or rather cheaply done. We stayed in room 18 - lovely views comfortable bed but that’s the extent of the positives. The bathroom was dated and the mixer tap shower system allowed only luke warm showers. Synthetic duvet & pillows.

All this might have been tolerable if WiFi access had been possible in bedrooms. Despite words of re-assurance from staff, this just was not the case on most of our devices. To get WiFi we had to go and sit in the bar area. And even then the signal was not uniformly strong.

Finally although we enjoyed our meal the accompanying wine list was erratically compiled and overpriced. This never leaves the discerning customer happy.

Stayed in the four poster bedroom with wonderful views of the river and valley, while enjoying the hot tub on the balcony with great weather, fabulous. All staff were excellent could not fault their willingness to help us enjoy our celebration, will certainly return if opportunity arises.

This review is the subjective opinion of a TripAdvisor member and not of TripAdvisor LLC
Richcradd
Northampton
21
Reviewed 9 September 2020
1st Visit and much to like, overall.

Just returned from a two night stay and it is fair to say that the location of this hotel is superb. Positioned perfectly next two to a beautiful river the views never ceased to impress.The staff could not have been more friendly, starting with the welcome, which was followed by a lovely Sunday roast. Breakfast and evening meal the following day were both equally delicious. We would count ourselves a little unlucky with our room allocation. Located on the third floor, it was somewhat cramped, albeit the bathroom was spacious. Not that TV watching was any feature of the break but the flat screen TV in this room was laughingly tiny. The room would be unbearably hot in summer, I would imagine. Overall, a hotel well worth visiting!

We had booked a specific room but when we arrived we were given a sub-standard room. On the second day the shower from the room above leaked into our room - the hotel staff fixed it but didn't apologise. The food was ordinary (eg salad was lettuce and tinned peppers) and extremely overpriced. View from hotel is beautiful but it was a disappointing weekend in a hotel that didn't live up to the rave reviews.