Reasonably priced, convenient to railroad, surprisingly modern. Large rooms and decent restaurant in the lobby. Surprised also this my first visit to the area the vibrancy, hustle and bustle of a much larger city particularly at this time of year with all the holiday shoppers out in force. Lots to do within walking distance and good bus service for more distant points. I enjoyed going through the Victoria tunnel built for transporting coal in the 1800's used as shelter for as many as 7000 people during WWII. Beamish museum not seen in the travel brochures nonetheless a worthy place to visit. A night at the theatre royal was time well spent saw Kinky Boots a lively show apparently pleased the audience. All in all plenty around to do without much effort.
More 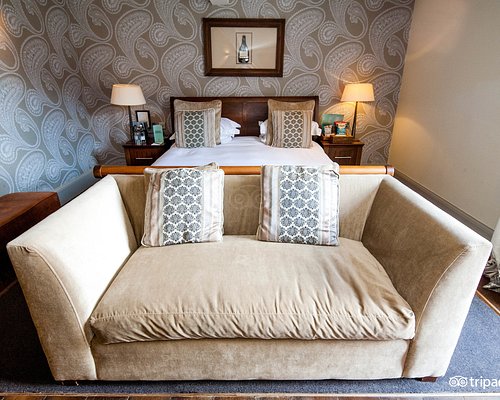 Travelodge Newcastle Whitemare Pool
US$41
US$39

Trip.com
View Deal
Agoda.com
US$39
ZenHotels.com
US$41
Tripadvisor
US$39
View all 11 deals from US$39
349 reviews
6.7 km from Sleeperz Hotel Newcastle
We compared the lowest prices from 11 websites

Copthorne Hotel Newcastle
US$76
Booking.com
View Deal
Free cancellation
Hotels.com
US$76
Trip.com
US$59
travelup.com
US$113
View all 16 deals from US$59
2,496 reviews
0.3 km from Sleeperz Hotel Newcastle

Taking safety measures
We compared the lowest prices from 16 websites
Jurys Inn Newcastle
US$72
Booking.com
View Deal
Free cancellation
Expedia.com
US$58
Trip.com
US$57
ZenHotels.com
US$80
View all 13 deals from US$57
3,595 reviews
0.7 km from Sleeperz Hotel Newcastle

Taking safety measures
We compared the lowest prices from 13 websites
Malmaison Newcastle
US$95
Booking.com
View Deal
Free cancellation
Hotels.com
US$95
Agoda.com
US$90
Hurb
US$100
View all 16 deals from US$90
3,874 reviews
0.8 km from Sleeperz Hotel Newcastle

We stayed for one night this weekend. Hotel ring you a week before to see what your purpose is, time you will be coming and who else is coming with you which I do find bizarre. Upon arrival we were checked in straight away, signed paper work which I didn’t get chance to read as it was swiped from me. Got given our room cards and I believe I had to ask which number we were in we were not told. Hotel corridor carpets are stained I’m guessing from previous guests after a night out. Our room was modern when we first went in then we saw the downsides - bathroom needed some serious cleaning to get rid of mould, bedroom needed a deep clean collection of dust in headboard and on table next to bed. We were on the street side and after reading reviews dreading getting to sleep however we slept great comfy bed and not disturbed by the noise. We arrived back to hotel after 11pm when the night shift is on and security outside the hotel was smooth enough to get in. You can pre book breakfast for a discounted price but we chose not to have breakfast. For one night out in Newcastle the location is great, 10 mins from monument and 5 mins to train station. Lots of bars around the hotel too. If you are driving there we parked in Times Square multi storey which is around 15 min walk from hotel. Would return if we were to have a night out again in Newcastle.

This review is the subjective opinion of a TripAdvisor member and not of TripAdvisor LLC
sportgeordie
Frankfurt, Germany
1723
Reviewed 18 November 2018 via mobile
Nice hotel but not designed for light sleepers

Stayed in the hotel recently for 3 nights. We were on the back of the hotel facing Central Station. As you can imagine, you can hear the low drone of trains arriving and going, which actually isn't so bad. At the same time we were there, the council decided to resurface the road at the front of the hotel during the night, so I think we got the better deal by being at the back. I always wake early, whereas my partner sleeps a little longer.. the room isn't really designed for such situations. The hot water kettle is less than a metre from the head of the bed and you are unable to move the kettle so you could maybe make a coffee in the bathroom. The bathroom is also about a metre from the head of the bed so flushing the toilet during the night when someone else sleeps also doesn't really work. With that being said, the hotel is nice, the staff are friendly and the hotel is well situated in town and good value for money. I would advise taking earplugs if you're a light sleeper.

This review is the subjective opinion of a TripAdvisor member and not of TripAdvisor LLC
Gill M
Bournemouth, United Kingdom
4141
Reviewed 16 November 2018
Excellent hotel

We stayed for five nights at this hotel last weekend.
The hotel is in a great location, not far from the centre of town, a few minutes from the railway station and convenient for everything in this lovely city.

We arrived early but our room was ready so we were able to go straight there.

We had a lovely room - 505 - with a great view to the right of part of the Tyne Bridge and the Castle. We could also see the top of the cathedral from the room. Our room looked out onto the street but it wasn't noisy at all. In fact we didn't hear anything from other guests or from the night club next door which we had read about in previous reviews.

The room was small but perfectly adequate and it had a wet room which was also fine.

The room was cleaned daily with clean towels and tea and coffee replenished. The bed was really comfortable. And there was a free safe. And a very good hairdryer!

We had bed and breakfast and the breakfast was lovely. All you needed. We ate in the hotel 3 nights and the food was again very good.

All the staff without exception were friendly, helpful and happy. Nothing was too much trouble.

We would recommend this hotel to anyone and we hope to return at some point.

This review is the subjective opinion of a TripAdvisor member and not of TripAdvisor LLC
Chester S
Glasgow, United Kingdom
360158
Reviewed 12 November 2018
All you need for short stay

Great location. Good value. Comfy room with all you need for short stay. Pleasant staff.
Breakfast available. Didn't sample but discounted if ordered night before. Although close to night life, not busy in street outside.

This review is the subjective opinion of a TripAdvisor member and not of TripAdvisor LLC
AmyC181
Bradford, United Kingdom
8873
Reviewed 11 November 2018 via mobile
Nice stay

Stayed here for one night and got bumped up to a superior room free of charge! Was a lovely room and massive. Bed was lovely and comfy had a good nights sleep. However, the shower was rubbish, leaking out of the bottom so no power behind it, and took ages to wash my hair. Nice location and close to everything! Would stay again, thank you!