Friday through to Sunday stay - Review of Kensington House

US$225
US$169
View deal
SAVE US$56
Booking.comUS$190
PricelineUS$211
eDreamsUS$190
View all 16 deals
Prices are provided by our partners, and reflect nightly room rates, including all taxes and fees known to our partners. Please see our partners for more details.
Payments made by partners impact the order of prices displayed. Room types may vary.
Heather F
Newcastle upon Tyne, United Kingdom
32

Friday through to Sunday stay

Needed emergency accommodation due to flood and floor having to be taken up . Maxine on reception was great and explained the remote check in process thoroughly . Needed to extend our stay by one night and after a bit of juggling Bronwyn sorted this for us. Apartments good ,clean ,and modern. location would have been great if it wasn’t for lockdown ! Thanks everyone for making a difficult time much easier.

See all 685 reviews
Payments made by partners impact the order of prices displayed. Room types may vary.
Nearby Hotels 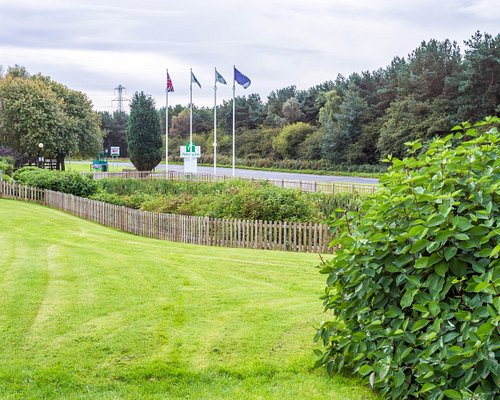 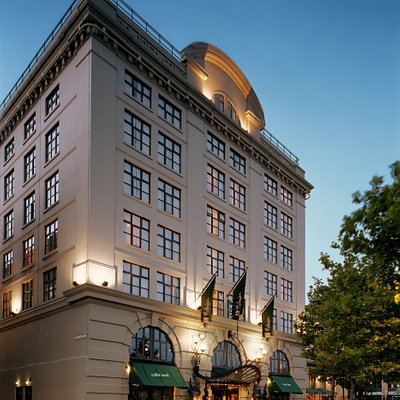 Malmaison Newcastle
US$125
US$120
Tripadvisor
View deal
Free cancellation
Reserve now, pay at stay
Expedia.com
Priceline
US$120
Hurb
US$125
View all 20 deals from US$120
3,874 reviews
1.5 km from Kensington House Taking safety measures
We compared the lowest prices from 20 websites
Copthorne Hotel Newcastle
US$76
Booking.com
View deal
Free cancellation
Reserve now, pay at stay
Priceline
US$76
FindHotel
US$66
Lol.travel
US$140
View all 19 deals from US$66
2,496 reviews
2.0 km from Kensington House

Priceline
View deal
Free cancellation
Reserve now, pay at stay
Booking.com
US$88
FindHotel
US$83
StayForLong
US$96
View all 17 deals from US$83
1,863 reviews
1.7 km from Kensington House

Stayed for 4 nights in business and must say I the apartments and location were spot on. I travel for work often and the apartments were perfect. Large spacious and super clean. The WiFi was brilliant which is very important to me as I use this for work. Received a call from Bethany and will be staying every week for the next 3 - 4 months on a corporate rate. Brilliant apartments with amazing service.

I'm still waiting for any kind of apology or communication from the management after an unanswered midnight fire alarm last Thursday night meant my family and I walked a mile across Newcastle in our PJs and had to stay instead with an elderly relative who has been shielding. No fire brigade, no reception, no night porter and still no contact. I'd like to think that had the building burned down with us in it, the management might at least have responded in some way. Unbelievable. Legal proceedings a distinct possibility. Just putting that here as no one from Kensington Aparthotels is answering.

Stayed for 1 night after being told our other location was still full and available due to keyworkers.
Positives : clean & spacious and close to metro. bed comfy and slept well
Negatives : Half the free toiletries were empty, 1 hand towel for 2 bathrooms, no free bottles of water (often have free wine when i stay elsewhere). Executive room had no coffee machine and only a plate containing 2 sachets of nescafe and 2 decaff and 4 sugars......Biggest fault was no hand sanitiser anywhere, neither in entrance or room. No reception.

Ask Roy B about Kensington House
1  Thank Roy B

This review is the subjective opinion of a TripAdvisor member and not of TripAdvisor LLC
bellasodyssey
33
Reviewed 19 February 2020
A lovely modern, homely stay in Newcastle!

I was visiting Newcastle to see friends and have a relaxing retreat.

My mum had previously stayed in an apartment in Kensington House so I knew what to expect. So I booked to stay here through Booking.com. On the day of my visit I had a call to pay the security deposit and then I recieved the check-in details via text. Nice and simple. I arrived and got into the apartment easily and hassle free. I had a look around and was really happy with everything. Unfortunately when I went to shower before dinner I found there was no hot water. I called reception and they asked me to try and reset the boiler.. I wasn't completely comfortable playing around with a boiler (hence the 4 stars instead of 5). However I cannot complain about the quick manner of moving me into a new larger apartment due to the inconvenience, an appreciated gesture.

The rest of my stay was great the apartments were quiet and peaceful. There was lovely living area to just relax and do some reading. I loved the modern feel to the interior of the apartment. The high ceilings make the rooms spacious and airy.

Having lived in Newcastle previously I knew that the apartment is in a great location. Osbourne road has loads of fab restaurants to go for dinner, and bars if you like drinking! Being only a 15 minute walk into town it was perfect for me to go and explore Newcastle!

Being an apartment you get a more homely feel to your stay! Much better than hotels in the area of the same price range.

This review is the subjective opinion of a TripAdvisor member and not of TripAdvisor LLC
Voxley1
1
Reviewed 8 February 2020
Nightmare!do not book this hotel

I would like to start with the fact that I had encouraged all of my bridal party to book these rooms last year for my wedding on 19th October 2019.

Firstly, I think it is appalling that a company can take over another company without notifying any customers. Surely that should have been a priority, especially as you wanted to make additional charges! My frustration is mainly around the amount of time that was spent by all of my bridal party dealing with either changes to the bookings, charges or actually getting access to a room they had already paid for! Each person that had booked had to ring to pay a security deposit which is totally understandable. However. to be told that this had increased from £100 to£250 is obviously an issue. Granted, this was sorted but we all had to speak to someone to eradicate this issue.

Secondly, I was absolutely horrified when I arrived to the apartments to see my bridesmaid hysterical and in tears as she was informed that she would have to move to a city centre location. How your company think it is ok to just move customers without notifying them is beyond me. This is worse even still, as I personally called on Tuesday 15th to confirm all the bookings and this was not mentioned. Again, after time spent back and forth on the phone to Alexandra and Kirsty, this was eventually sorted.

I then rang to confirm my booking for my wedding night (as I would not be able to call on my wedding day!) to be told that I would be staying in Newcastle City Centre! This was absolutely ridiculous as my wedding venue was across the road from Kensington Apartments, hence the reason we all booked this accommodation in the first place! Again, more time was spent calling Alexandra and Kirsty when I should have been preparing to get married! They did say they would ring back but this failed to happen and we had to keep chasing up whether this problem had been sorted. I appreciate it wasn’t their fault but I also think it’s ridiculous that this was even an issue when we had all specifically booked Kensington Apartments.

The main reason we booked the partners was because of their nearby location to the wedding venue so obviously it was a problem when some of us were asked to move out of there. I’d also like to point out that these aren’t at a ‘budget’ price so we were expecting a much more proficient service. Other guests stayed in the nearby Holiday Inn and had no issues whatsoever ever.

The last issue was on the morning after the wedding and a cleaner walked in to our apartment assuming we had checked out! It was before checkout time so this is simply not an acceptable mistake to make. Over the course of the weekend, my bridal party had spent a lot of money on this booking and we were all deeply disappointed.
I was then contacted by a manager, Ross who assured my that they would try and sort out something as there were several issues. Despite several emails and further phone calls there was no response.
Extremely poor service. Would never book again.