Best Western Plus Oaklands Hotel
Lowest prices for your stay
Lock in the lowest price from these sites
US$111
US$100
Free cancellation until 19/06/21
View deal
PricelineUS$100
eDreamsUS$100
Trip.comUS$111
Agoda.comUS$100
TripadvisorUS$100
Snaptravel
View all 12 deals
Prices are provided by our partners, and reflect nightly room rates, including all taxes and fees known to our partners. Please see our partners for more details.
Payments made by partners impact the order of prices displayed. Room types may vary.
1953Carole
Rugby, United Kingdom
409

We were a table of 6 (pre-booked) and sat down, expecting waiting staff to come with menus, take orders etc. We sat there for a while and eventually managed to catch someone’s eye only to be told it was all done trough the app on the table (if we,’d been told when we sat down we could ha saved a good 30 minutes)
The drinks came out sporadically as did the food...eventually! Our1st meal came, followed by a dish of veg.....and the next one was around another 10 mins....and this is how it went on. The next 2 plates came out after about another 10 mins along with some veg of which most was inedible After sitting there for nearly 2 hours one of our party still hadn’t their main course, another hadn’t got the drink they ordered with their food, another had her main meal refunded as it was inedible and 3 of us cancelled the dessert otherwise we may have been there all evening
I appreciate it’s the first Sunday out after lockdown but the hotel knew how many were eating as everyone was pre booked but I’m afraid the standard of food and service wasn’t all that it could have been (every member of staff we spoke to was apologetic about the wait etc) but I, and the other members of our party, would certainly think twice about going back to the hotelMore

Show less
See all 1,067 reviews
Payments made by partners impact the order of prices displayed. Room types may vary.
Nearby Hotels 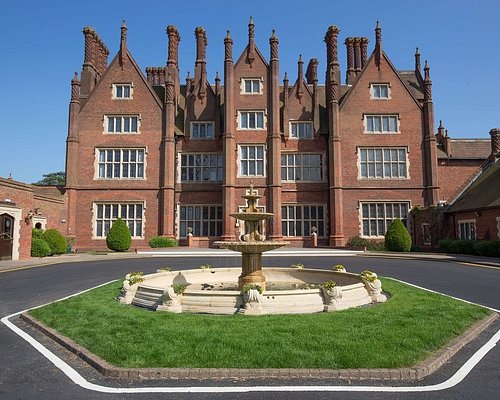 Top Rated
Breakfast included
Stower Grange
US$169
Booking.com
View deal
Free cancellation
Hotels.com
US$169
Agoda.com
US$152
Hurb
US$177
View all 16 deals from US$152
327 reviews
9.9 km from Best Western Plus Oaklands Hotel
We compared the lowest prices from 16 websites 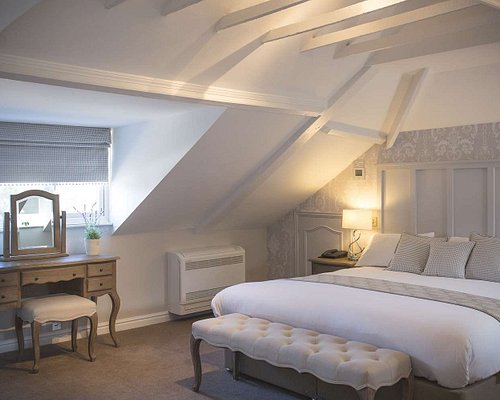 Taking safety measures
We compared the lowest prices from 15 websites
Maids Head Hotel
US$184
Booking.com
View deal
Free cancellation
Priceline
US$184
Hotels.com
US$183
Expedia.com
US$183
View all 15 deals from US$183
1,983 reviews
3.1 km from Best Western Plus Oaklands Hotel

Taking safety measures
We compared the lowest prices from 15 websites
Holiday Inn Norwich City
US$98
US$89
Booking.com
View deal
Free cancellation
Priceline
US$89
Hotels.com
US$89
Lol.travel
US$98
View all 14 deals from US$89
1,227 reviews
2.3 km from Best Western Plus Oaklands Hotel

We decided to get our mum a take away afternoon tea for Mother’s Day and the Oakland’s managed to squeeze us in last minute.

The afternoon teas were packaged lovely and the quality of the food was very good. Highly impressed.

The kitchen staff are very nice and always so lovely to speak to, I have been staying here since June and they have always looked after me. The food they produce is absolutely phenomenal, Aaron and Ross are incredible chefs and make such good high quality food.

The hotel is an amazing place to stay with absolutely brilliant staff all throughout from the hotel staff to the restaurant/terrace staff.

10/10 for me and really feels like home and a second family to me.

Highly recommended to anyone looking for a place to to eat or stay in the Norwich area.

I will thank all the staff for the time i stay in this hotel.
Very help full and friendly staff. The rooms are nice and good.
The restaurant serve very nice and good food.
After 6 month it was hard to say good bye.

This review is the subjective opinion of a TripAdvisor member and not of TripAdvisor LLC
susanlake4
Norwich, United Kingdom
72
Reviewed 15 December 2020 via mobile
Mediocre

We were offered an indoor table with a wink when we were clearly not from the same household. Not a good start. Terrace was chilly and it rained the night we visited so we did get a bit wet. The food was ok but part of the order was forgotten despite 4 times of reminding. Some of the staff very pleasant and attentive. Drinkers not eating at a table, not comfortable with the flouting of the rules. I wouldn’t rush back. The car parking is also a nightmare

This review is the subjective opinion of a TripAdvisor member and not of TripAdvisor LLC
lianna3006
Norfolk, United Kingdom
6223
Reviewed 6 December 2020 via mobile
Black Friday deal not to be missed

Stayed here for the Black Friday deal this Saturday . We paid to upgrade to the suites for the extra space and very glad we did. We had a lovely stay and stunning views of the misty water and woodland. Had the option of a bath or shower available in the bathroom which was a lovely touch. Was a little surprised that there was not a fridge in the room and that the empty bottles of the precious occupants had been left in the kitchen cupboard. The lounge itself is a little tired but still very nice and cosy. We had dinner in Michaels restaurant in the evening, that was very classy and atmospheric, was very impressed, they had 2 vegan options available too. Breakfast was equally as lovely and once again were able to accommodate my vegan requirements and the chefs rustled up an amazing vegan breakfast with sausages and avocado along with other lovely additions even though this is only up the road from where we live, will certainly return again. Thank you to all the Oakland's staff for you Mr hard work especially during these uncertain times.