US$224
US$113
View deal
SAVE US$111
PricelineUS$126
Official HotelUS$125
Prestigia.comUS$224
View all 18 deals
Prices are provided by our partners, and reflect nightly room rates, including all taxes and fees known to our partners. Please see our partners for more details.
Payments made by partners impact the order of prices displayed. Room types may vary.
Heather1289
Liverpool, United Kingdom
86

We stayed a night here in a gorgeous duplex suite, which had an amazing bathtub and huge double bed. Check in was really quick and easy and staff were friendly. We didn’t eat at the hotel but the outdoor area looked lovely. Location is great, and you can get a voucher when you check out which brings the local car park down from 20 pounds to £9.80. We will definitely return!

Trip type: Travelled as a couple
See all 1,661 reviews
Payments made by partners impact the order of prices displayed. Room types may vary.
Nearby Hotels 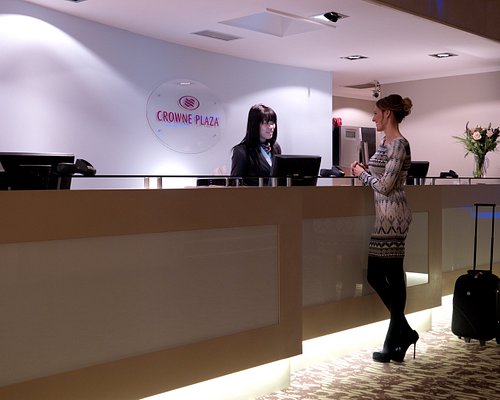 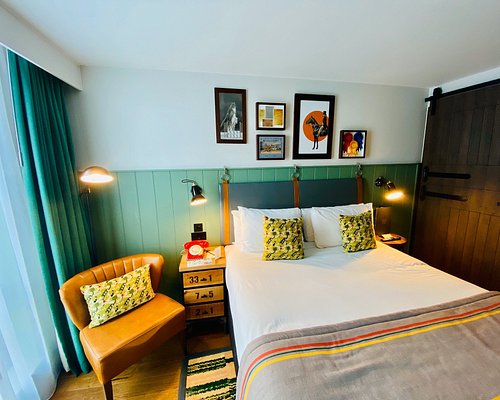 Hotel Indigo Chester
US$154
Booking.com
View deal
Free cancellation
Priceline
US$154
Expedia.com
US$154
getaroom.com
US$156
View all 16 deals from US$131
200 reviews
0.7 km from Oddfellows Chester 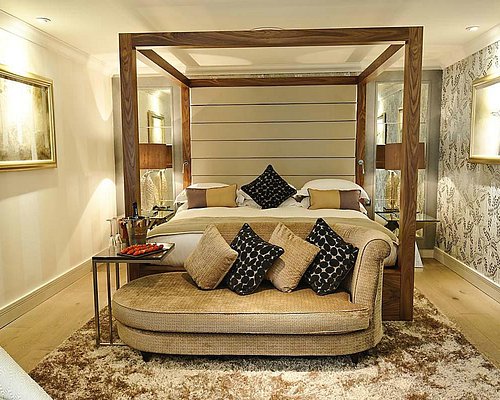 Taking safety measures
We compared the lowest prices from 16 websites
DoubleTree By Hilton Hotel & Spa Chester
US$142
Booking.com
View deal
Free cancellation
Priceline
US$142
Expedia.com
US$142
ZenHotels.com
US$281
View all 18 deals from US$119
3,964 reviews
3.2 km from Oddfellows Chester

Travelocity
View deal
Booking.com
US$87
eDreams
Hotels.com
US$88
View all 12 deals from US$81
2,326 reviews
3.7 km from Oddfellows Chester
We compared the lowest prices from 12 websites
The Queen at Chester, Premier Collection by Best Western
US$111

Visited last night with two friends and can honestly say it’s the worst meal I have ever had. We all chose the turkey dinner at £16 each and I couldn’t believe it when it arrived..... half a carrot and half a parsnip a teaspoon of cabbage, 3 roast potatoes, 3 slices of turkey and two little pigs in blankets and a splash of gravy. Had to ask for cranberry sauce even though it was advertised as on the meal. I admit I have been spoilt by the recent amazing turkey roast at Duttons which was the best I’ve ever tasted but honestly this was laughable.
Later on I ordered a coffee which was plonked infront of me, half a cup, no milk or sugar until I had to ask.
I’ve eaten here a few times in the past and it’s been okay but would never waste my hard earned cash here again.
Really disappointing and although a beautiful venue it’s looking a bit tired

Went for a couple of drinks and some nibbles last night with friends. We ordered tapas style mix at £13 a head for the 6 of us that were there . Literally whoever was in that kitchen opened packets of tesco party food it was horrendous . Gave us all a good laugh . And to add insult the second bottle of presseco was the cheapest bottle of crap again a tesco special . Very disappointing WONT be returning felt like i'd had my wallet swiped ...

This review is the subjective opinion of a TripAdvisor member and not of TripAdvisor LLC
Letsgetaway1510
11
Reviewed 24 October 2020
Worst hotel experience ever!

The hotel itself is beautiful and in a great location! However that is where it stops! We stayed for two nights to celebrate a birthday only to have it ruined by some rude and arrogant gentleman called Rick (the night manager) there’s a obvious reason he works nights! He is certainly not a people person and severely lacks any sense of customer service! I wrote in to the hotel last week to express my concerns to be told I’d get a response within 24 hours... 6 days later still nothing I can only assume my email was deleted as they didn’t like what I had to say! Take your money else where!!! It’s definitely not appreciated here.

Thank you for taking the time to let us know your concerns. And thank you for the lovely comments you have made about our hotel!

We are in the process of fully investigating your complaint and will come back to you. The hotel has been closed over lockdown with the team furloughed - due to this we have a backlog of correspondence. This is not a normal response time for us and we are grateful for your patience over what has been a very tricky year for hospitality businesses

Report response as inappropriateThank you. We appreciate your input.
This response is the subjective opinion of the management representative and not of TripAdvisor LLC
PurpleMcKinners
Warrington, United Kingdom
113
Reviewed 21 October 2020
Birthday Trip

Really fabulous night away for my husband's birthday. Told them it was for a birthday and was blown away by the special finishing touches in the room. Bathroom spectacular with the roll top bath for a really relaxing time away. We had excellent nibbles and wine in The Secret Garden too. Couldn't recommend enough to stay there.

Thank you so much for taking the time to leave us such a lovely review. We are so pleased you enjoyed the extra touches and the roll top bath!

We hope you will join us again soon,

Report response as inappropriateThank you. We appreciate your input.
This response is the subjective opinion of the management representative and not of TripAdvisor LLC
MissTLancs
Altrincham, United Kingdom
7063
Reviewed 13 October 2020 via mobile
Disappointed

We’ve been waiting to visit after our trip had to be postponed from earlier in the year so we were really looking forward to our stay. We booked 1 night in a Caldecott Classic. We arrived early so stored our luggage until check-in at 3pm. The receptionist was friendly and explained that toiletries and tea/coffee facilities had been removed due to Covid and asked if we would like them to take to our room. We replied yes and were handed a flimsy plastic bag with toiletries & tea/coffee mixed in together, the hotel have really missed a trick here as it could have been presented so much better in a recyclable bag or box. On arrival to the room we were disappointed to find that the room had been stripped of all furnishings (cushions/bed throw etc), I understand that it is necessary but some mention of it would have been useful in the ‘welcome’ email sent a few days earlier. There were no wine or water glasses, coat hangers etc. We could have brought these if we had known. Also no hotel information etc. Breakfast had to be booked for a set time with no room service. Finally we were very unprepared for the open shower/toilet in the room, this isn’t made clear in the description. All in all it was quite a disappointing stay in what should have been a special occasion for us and definitely not worth £175.

Thank you for taking the time to send us your thoughts on your stay. It is only with feedback from our customers we can improve our service so we thoroughly appreciate it.

We had to make amends to our normal services in light of covid - and the guidance for hotels across the country has been standard in terms of rooms amenities and stripping back of extra furnishings. Any hotel following those guidelines would have had to follow similar procedures. We do love your idea of a recyclable box for the toiletries instead of a bag and will look into this.

We will also look into the way the communication makes these changes clear. This has obviously been a time of uncertainty and huge change for all hotels and we can only apologise if we haven't managed to get it right. But your feedback will help us so thank you!

Report response as inappropriateThank you. We appreciate your input.
This response is the subjective opinion of the management representative and not of TripAdvisor LLC
View more reviews
PreviousNext
12…277