I've just returned from a 2 night stay at Park Farm (wish it were much longer) and with this being our 3rd stay over the last few years - I am still unable to find something I can't rate highly about the site.

The toilets were immaculately clean (never got to using the showers but imagine they were just as clean).

Loved that there was separate glass recycling facilities.

Site staff were very welcoming and I loved the little extra of an email the night before to let us know what to do if we arrived when the main reception office was closed.

Didn't use, but very impressed at the mobile phone charging points.

Lovely farmer brought round the logs for the fire and we both enjoyed our evening natter.

This is a great site for going back to what camping/caravanning is all about. Clean facilities. Plenty of water points. Lovely spaces to pitch. Clean air. No streetlights at night so an incredible night sky to gaze at.

We planned to do so much yet ended up just appreciating the surroundings. Thank you Park Farm, you made this trip perfect and we will be back!More

Thanks so much for such a lovely review! It was great to see that you liked all the facilities and found our staff friendly and helpful. We look forward to welcoming you back again soon!

Report response as inappropriateThank you. We appreciate your input.
This response is the subjective opinion of the management representative and not of TripAdvisor LLC
See all 322 reviews
Payments made by partners impact the order of prices displayed. Room types may vary.
Nearby Hotels 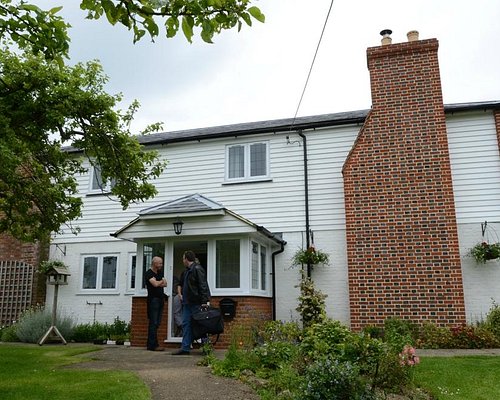 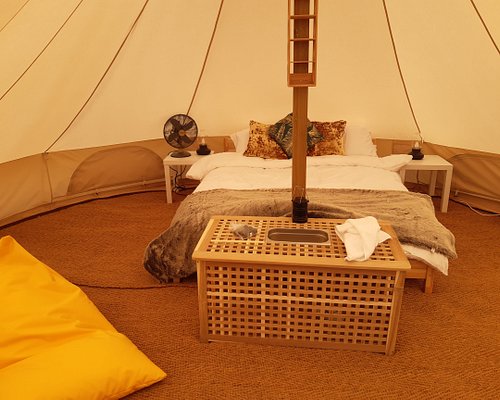 We had a great time at this campsite last year but unfortunately this experience was disappointing.
After turning off our music as requested at 11pm, we were approached by the owners half an hour later informing us that we were talking too loudly. We were confused as to why we were the only group approached as we pointed out the numerous groups around us that we could hear talking & playing music & had not been approached.
Once the owners had left, I went over to speak to the Caucasian group on the pitch next to us to enquire if they could hear us, they informed me that they could not & confirmed that they had not been approached by the owners, even though they were aware that they were making a lot of noise.
Following this, we were approached again by 4 of the membership team in high visibility jackets who stated that the police had been called and were waiting to escort us from the premises on their command. Again we were confused as we could hear noise coming from other groups but only ours were targeted.
The group of Caucasians camping on the next pitch came over to state how it appeared there was a race aspect to it as they had equally been making noise and had still not been approached, let alone police being called. Only then did the owners leave. However they approached us early in the morning telling us to leave immediately and informing us that they banned us from the campsite.
We were also inadvertently accused of stealing a cool box overnight from another camping group.
We have been camping as a group on numerous occasions & never been subjected to such behaviour & as a result felt compelled to leave this review

This review is the subjective opinion of a Tripadvisor member and not of TripAdvisor LLC.
mohalloran33
London, United Kingdom
104
Reviewed 3 weeks ago via mobile
Camping at Park Farm

We had booked for 3 nights and the First two was fantastic. We sat round the Camp fire and just relaxed. We met a chap called Alan. The loos were nice and clean, we baught logs when the guy came round. The few members of staff i met were very helpful and friendly. 1 gripe i drove up to the Kiosk to Buy some logs the Lady took payment but did not offer to help load them. It would have been nice for the offer of help. Now the last night was a washout it rained until midnight. All in All we had a very Relaxed stay. Price is worth it. I do hope to book for next year if i can.

Room tip: If you do need a signal for your phone then the very large field is not the place to setup you need to go near the top part of the field.
Trip type: Travelled with family
Ask mohalloran33 about Park Farm Camping
Thank mohalloran33

Great to see that you enjoyed your stay so much, and we look forward to welcoming you back. Regarding log sales from the kiosk, the lady can take payment for some extra logs, but cannot really load or deliver them for you as she is busy processing booking, answering calls and doing the daily admin whilst in the kiosk. The log man does however provide daily delivery of of logs around the campsite.

Report response as inappropriateThank you. We appreciate your input.
This response is the subjective opinion of the management representative and not of TripAdvisor LLC
E8215GFjohnr
43
Reviewed 9 September 2021
No frills camping

You get a reasonable sized pitch and parking spot and there are fire pits available. The wash rooms are spacious and there are plenty of toilets and shower rooms. There is a shop on site with friendly staff and a man who brings logs round the site early in the evening.
All washrooms are kept continuously clean.
2 miles walk from Bodiam Castle. What's not to like.

Thanks for the great (and accurate) review! We hope to welcome you back soon...

Report response as inappropriateThank you. We appreciate your input.
This response is the subjective opinion of the management representative and not of TripAdvisor LLC
bebbitfau
4
Reviewed 2 September 2021
Fun but noisy

a lively campsite and very kids friendly - children running all over the place in fact. one of the only places in the country (seemingly ) to allow proper campfires straight on the ground. Poor drainage in the kids play area could be improved as could telling folk to 'keep it down a bit' later in the evening

Thanks for taking the time to leave us a review. We do have park wardens and a security team onsite to ensure our no noise after 11pm policy. Great to see that you enjoyed our family friendly site and the ability to have a campfire. We hope to see you again soon!

Report response as inappropriateThank you. We appreciate your input.
This response is the subjective opinion of the management representative and not of TripAdvisor LLC
molliet636
Hastings, United Kingdom
1
Reviewed 1 September 2021
Enjoyable weekend

Glad we arrived before the bank holiday weekend rush. We arrived on Thursday and left monday morning which was well planned due to how busy the campsite was over the weekend. We got a nice spot and was lucky to have some nice neighbours arrive (always hit and miss when camping). The campsite is set in some beautiful countryside and we thoroughly enjoyed walking with our dog and children to the nearby castle and riversides. Our children loved that they could play in the play area and make friends with other children, although we did witness a scuffle with a group of older children which staff help diffuse. Overall the campsite was kept tidy and clean which is amazing due to how many people must have been there. This is our second time staying at Park Farm and they staff were friendly and always polite. The young lad selling logs was extremely helpful as were the 2 ladies and gentleman that welcomed us on checking in. The new couple in the snack shop were very jolly and accommodating and it was nice to see the shop open throughout the whole day. 5* Roasties on the sunday, will this be a regular addition? It was nice knowing there were staff working at night for our peace of mind it made the children feel safer. Cannot wait to return next summer. Thank you to all the staff at Park Farm see you in 2022

Thanks for the great review! We look forward to welcoming you back next year!