US$170
US$152
View deal
SAVE US$18
Expedia.comUS$170
PricelineUS$170
eDreamsUS$170
View all 16 deals
Prices are provided by our partners, and reflect nightly room rates, including all taxes and fees known to our partners. Please see our partners for more details.
Payments made by partners impact the order of prices displayed. Room types may vary.
Mongoosen
Kings Langley, United Kingdom
27

We stayed in the “Delux” Aldeburgh Room. I could list all the things that made this hotel A place I couldn’t wait to leave but suspect it would be water off a ducks back to Cara, the owner.

It could be that our visit wasn’t typical but judging by the atmosphere And some of the pictures and reviews online, I think not.

We paid £185 for one night B&B thinking it looked and sounded luxurious & comfortable. All I can say is that in our experience, the Satis is over selling itself big time on every level. Given the quality of the room, the lack of warmth or service and the general state of repair and cleanliness at this hotel we were very dissatisfied and felt that if we’d been paying £100 less we’d still have thought it a little over priced.

Satis House Hotel. Over priced and under delivered. Our advise. Don’t believe the hype and if you have another option..... take itMore 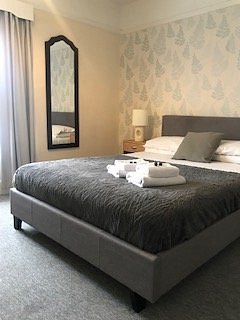 Hotels.com
View deal
Priceline
Booking.com
US$92
eDreams
US$92
View all 14 deals from US$92
83 reviews
7.6 km from Satis House Hotel 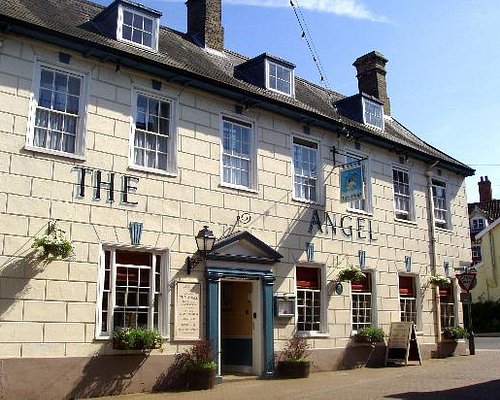 Breakfast included
The Angel Hotel
US$152 My wife and I stayed this weekend as part of her birthday celebrations. Every aspect of our stay was great and they were more than accommodating for our dietary requirements. We also enjoyed a lovely meal in the restaurant with great cocktails and food. Totally recommend this hotel.

This review is the subjective opinion of a TripAdvisor member and not of TripAdvisor LLC
phil m
Chelmsford, United Kingdom
2927
Reviewed 20 September 2020
excellent choice

Top tip if you are using a sat nav: as you come into Yoxford going north on the A12, you will reach a roundabout; go straight over ( ours said turn left - towards the high street - and kept taking us in a circle) and you will see, round the next bend the back of a large white sign on your left. its approx 300 yards on . Immediately past that is the entrance on your left. Enjoy :-)

Room tip: A front facing one would overlook the garden, though our view at the back was fine and overlooked extensive gardens nearby.:-)
Ask phil m about Satis House Hotel
Thank phil m

This review is the subjective opinion of a TripAdvisor member and not of TripAdvisor LLC
Mobile10300062150
Great Dunmow, United Kingdom
1
Reviewed 16 September 2020
Lovely stay at Satis House Hotel, Yoxford

We had a terrific two night stay at this historic hotel in lovely grounds. Yes, it is different but we were made so welcome by the friendly staff during this difficult period for everyone. Room and bed were comfortable up in the attic with even a small sitting room and views over the garden.
The evening meal was absolutely excellent and service very good indeed. Thanks all at Satis House

This review is the subjective opinion of a TripAdvisor member and not of TripAdvisor LLC
James B
Norwich, United Kingdom
3867
Reviewed 12 September 2020 via mobile
2 night stay

We booked up for two nights in what was described as a "luxury" room and at a top end cost too. This was for our 1st wedding anniversary and we wanted something special so this sounded ideal. I must make it clear that I never stipulated beforehand it was our wedding anniversary so we'd never have expected special treatment. We arrived and first impressions at reception were interesting. We weren't asked how we were, how was the journey etc - things you'd expect to hear. It just felt like an emotionally cold welcome. We were shown to our room which were external pods to the main house and this is where the disappointment starts. The room, as I say, was booked because it was described as luxury and with our own private patio. The patio was just a wooden deck which was worn and it certainly wasn't private as such, as it was totally open to the next door pod. The room itself was freezing cold, there was rubbish under one of the bedside tables, the bathroom was in dire need of refurbishment as it was worn, rusty, mouldly and just generally unpleasant. The shower itself was no more than 1m squared and just really disappointing. The rest of the living space was just standard and it just seemed cheap and nasty. I've stayed at better Premier and Holiday Inns, without exageration. There was nothing luxury at all about this especially for the premium price. My wife and I were really upset by this so I went and raised it. I spoke to a man who was understanding and said he'd see what he could do for us. We received a call from Cara (the owner I believe) who said we could have a room in the house. I said this was great and if that was the end of the matter, we'd have been very happy and let the initial poor showing go and the rest of this review wouldn't need to have been written. It wasn't the end of the matter though as I spoke to Cara at reception where she told me it was my fault because I booked through Booking.com and she can't be held responsible for the descriptions of the rooms, and she insisted nobody had ever complained and those rooms are indeed luxury. No, Cara, it's not my fault - if you feel Booking.com is advertising your hotel wrong, don't affiliate with them!! I challenged this and asked what specifically about the initial room we had was luxury. Her answer was "a big bed and a coffee machine"!! I couldn't believe my ears. You get those things in any hotel these days so this statement was utter tripe. She reiterated that she never gets complaints and that we'll have to agree to disagree. I can't believe she said that to me, in such a dismissive and patronising manner. We are spending good money and if we are not happy, that needs to be listened to and not shrugged off. We have stayed in many places, and the ones we've stayed in described as luxury and were luxury, have been beautiful, kind staff, amazing decor, clean, well kept, and not as expensive either. I can provide examples of these places very easily. This initial room was the opposite. Even non-luxurious rooms we've stayed in aced here in all aspects.
For the good points, which there are, the rooms we ended up in (we had 2 nights in different rooms) were decent, albeit slightly dusty and cob-webby, but almost living up to the cost of the stay. Our dinner in the in-house restaurant was sublime in taste and service, and Younis (excuse any misspelling) is a star. Great to talk to and so enthusiastic. The next morning, after pre-ordering our breakfast the night before wasn't without event. My black pudding was forgotten as was our toast. When the toast did come, butter didn't, so that was disappointing. We heard other diners in the morning saying other things had been the forgotten too. For the 2nd morning's breakfast, they got the orders wrong again. At this point, I was just so fed up with this "Fawlty Towers" hotel and had lost the will to complain about anything else. Surely the point of pre-ordering is that it's written down and can be done in advance. It shouldn't really go wrong. How hard to read off a piece of paper is it? I am going to give this 2/5 purely because the rooms we ended up in were reasonable enough to not be a 1/5, as was the food quality itself, and Younis. My advice would be to come here for a meal, but best just avoid staying because you might end up with one of those pods, despite the promise of luxury, or you'll have to deal with Cara who will only belittle and patronise you if you dare to criticise her establishment. The place has potential in bucket fulls - it just needs competent leadership.

Trip type: Travelled as a couple
Ask James B about Satis House Hotel
9  Thank James B

This review is the subjective opinion of a TripAdvisor member and not of TripAdvisor LLC
Jankles
London, United Kingdom
13987
Reviewed 12 September 2020 via mobile
Staycation!

Fantastic few days spent at the Satis House. The staff of Yunis, Savannah & Jacob under Owner’s Cara and Andy are exceptional - 5* hotels would like to have them! Charming and knowledgeable. We stayed in the main house and the rooms could do with a tart up but the location of the hotel more than made up for this. The public areas are pleasant though. The room was spotless. The linen delightful and breakfast delish. We ended up having 2 dinners in the hotel which were both very very pleasant. I would suggest that they have a table d’hôte menu as well as a La carte to avoid the extras shown on the menu. I think if we could have and they’d had the availability we had a peek at the garden room and they looked really nice.