Sprowston Manor Hotel & Country Club
8 people are viewing this hotel
Lock in the lowest price from these sites
US$137
US$110
Free cancellation until 04/07/21
Reserve now, pay at stay
View deal
Expedia.comUS$124
PricelineUS$110
Hotels.comUS$124
Trip.comUS$119
Agoda.comUS$109
ZenHotels.comUS$137
View all 17 deals
Prices are provided by our partners, and reflect nightly room rates, including all taxes and fees known to our partners. Please see our partners for more details.
Payments made by partners impact the order of prices displayed. Room types may vary.
yoda2424
228

Show less
Trip type: Travelled as a couple
See all 1,792 reviews
Payments made by partners impact the order of prices displayed. Room types may vary.
Nearby Hotels 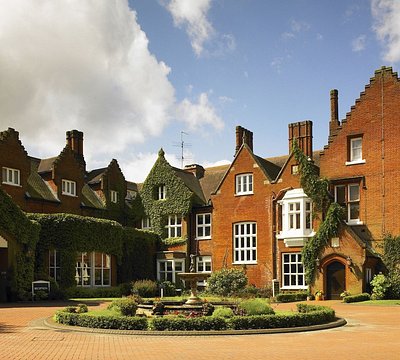 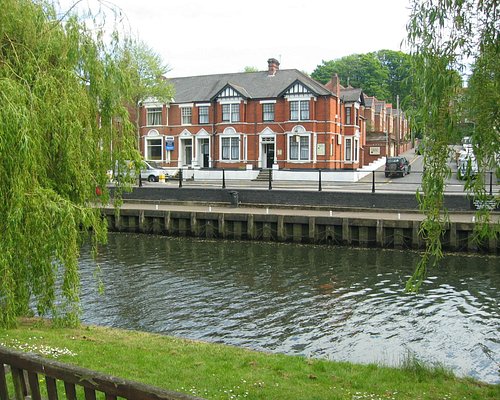 City room two its a closet of death upgrade to the 500s and room is no way 4 star avoid like COVID-19 no use of pool never will I stay here again massive disappointment! I know covid has changed life and day to day but this hotel needs a new star rating and I’m staring at -1

This review is the subjective opinion of a TripAdvisor member and not of TripAdvisor LLC
noelrymarz
Horsham, United Kingdom
86
Reviewed 29 October 2020 via mobile
Last minute family break with dog

Pleasantly surprised after reading some negative comments on here. The staff are delightful. I don't think I've stayed anywhere more friendly. They are always helpful, friendly and chirpy. The hotel itself is in a great location and beautiful setting. It is a bit tired but it is clean and the two double rooms we had for a family of four plus dog were perfect. I cannot stress enough how nice it has been to stay in a dog friendly hotel. They don't make enough of it. There are improvements that could be made like putting more bins outside on site. The rooms are not cleaned during your stay due to covid and also due to covid you must book the gym and pool in advance as numbers are really limited. We were lucky to get a slot every day which was great. The pool is small but nice, sadly under 16s can't use the gym or jacuzzi which was very frustrating for our 13 year old. We didn't eat at the hotel but there is a Lidl and Tesco 3mins drive away and loads of nice pubs and cafes in Norwich to eat in... Just remember to book in advance. Im quite picky with places to stay and whilst this is not the most luxurious hotel we found its relaxed and friendly atmosphere a real treat and despite terrible weather enjoyed Norwich City centre which has an abundance of independent shops with welcoming and friendly staff, special shout out to Main Source and Drug Store - amazing staff, great service and one happy skater son!

This review is the subjective opinion of a TripAdvisor member and not of TripAdvisor LLC
machinmad
Yaxley, United Kingdom
1657797
Reviewed 29 October 2020
Cleaning standards have slipped ...

Let me say straight-up I like this hotel, we've been many times and regard
it as a "go to" stay. Check in was efficient and Covid security was strong
in reception.

Clearly they've had to make adaptations for Covid, so the
restaurant menu is greatly reduced for diner and breakfast, totally
understandable. But what I don't understand is why the chef served breakfast that
was not hot, which was disappointing. I also thought the place needed a good
clean ... black mould covered our bedroom window frame, our room had dusty
corners and plenty of spiders lurked on the ceiling. The corridor carpets
and those in the restaurant were dirty. Please don't neglect general cleaning
standards to concentrate solely on Covid hygiene.

Be warned, when you use this chain's central booking line, it charges you are premium rate call charge, so it cost us several pounds in phone charges just to make a reservation.

We paid a good price and enjoyed our stay, but it was a shame to see this
lovely hotel had slipped its hygiene standards since lock-down.

Really unhappy stay. Arrived at 2 to be told check in was 4 But not told that the day before bookingwe were told that we couldn’t go to our room as it wasn’t ready and was being cleaned. Me and my husband went to the pool until 3.30 then had a drink in the zest bar. We went to reception picked up card key to room. We went into room but first had to break the confirmation seal for the sanitising and cleaning tape. I said to my husband what is that smell he said it smells like urine. We went into the bathroom the bath panel was hanging off and the smell was coming from there. I looked around and the bed,headboard ledge , telly, standing fan, bedroom furniture etc was filthy and very thick with dust . I mean you could write you name in it . One of the pillows had all black residue on it . I went and told reception I was not sleeping in the room as it was filthy. We were offered another room . Which was worse. Smaller and not nice either. I told the girl on reception we had a reservation for dinner at 6 this was now 5.30. She said she would go and clean it. I went up to the room and the girl came up with a fog machine. I said it needs cleaning not fogging she says that would clean the room. I said really it will sanitise and anti bac it but it’s not going to take away the filthy dust etc. I had had enough at this time and spoke to the manager as it wasn’t the girls fault. I told him etc what the problem was and he said sorry we have been shut for 6 months and the cleaners are normally pretty good. I can offer you a bottle of wine. I said I would rather have a clean room he said they were fully booked and there were none. The young girl cleaned our room and we did stay. I would not stay there again to be honest as the Whole place need a deep clean.
Unhappy mr and Mrs jones

This review is the subjective opinion of a TripAdvisor member and not of TripAdvisor LLC
AndyCundell
Plymouth, United Kingdom
1613
Reviewed 29 October 2020
Severely lost their way....

When I was booked into the 'Sprowston' I looked on the net and thought 'Wow!', this was also confirmed by the people I knew from Norwich, 'Bit posh there!' & 'How the hell did you get your company to book you at the Sprowston?'

Driving up the long private tree lined entrance, I again thought 'Wow!' Sometimes, the clinical and 'samey' hotels are a bit too much, so it's nice to get a place with both history and character. The reception were helpful and apologised about the delay and they pointed out all the Covid extra precautions, which were plentiful.

I was placed in City 3 room, no windows but that didn't matter, it had an air conditioning unit and a very bright roof glass/ light to simulate the sky.

When I returned to my room that evening, I turned on the air conditioning and got into bed. After 5 minutes there was a horrendous and loud 'buzz', this continued every 5 minutes (about 2 seconds long). This took me about 30 minutes to find the source because it didn't last that long...it was the air conditioning unit. I was tired so turned the unit off and got back into bed. 5 minutes later, the unit still made the horrendous 'buzz' even though it was off. I tried to ignore it but no, after 15 minutes I had to get up, I could not sleep in that room.

I went down to reception to complain and asked for a room change, I stressed not having a window didn't bother me as I was an ex submariner. The receptionist basically point blankly refused, she wouldn't even come up to the room to witness the horrendous noise that was waking me every 5 minutes. I had too put my foot down and told her that I could not sleep in that room and insisted on any room. I was given a much smaller single room, no bath but it didnt have a noisy air con unit, so I was happy. We agreed that I would take this up with the manager the next day because I was paying for a premium room and was now receiving a lower standard and much cheaper room.

When I got into the new room (Room 404) I noticed it was so hot but there was a fan by the bed, I also noticed the phone was constantly flashing red for a message, I picked up but no message...that meant this would be flashing ALL night so I had to unplug the phone. I opened the toilet/ shower room door and saw the toilet was disgusting, it hadn't been cleaned properly. I opened the wardrobe to put my things away...there was an old pair of socks from the previous occupier still in there! So much for cleaning the room properly!

The next morning, breakfast was 15 minutes late...there were about 10 of us all waiting for the breakfast lounge doors to open. You could see the annoyance in peoples faces because they had to get to work!

The next evening, I asked to see the manager but he was busy dealing with another complain, so spoke to the Reception Manager. I informed her I was happy to stay in the smaller room as all my 'kit' was in there (and logistics of changing rooms, having another room cleaned etc) but I would want a room rate reduction for having to stay in a much smaller room with a single bed, no bath and it was like an oven, even with the window open. She very kindly offered to reduce the rate to £59.50 and said that was the lowest she could do. I then showed her photographs of the state of the toilet in room 404 (had not been cleaned properly)and a picture of an old pair of socks left in the top of the wardrobe (room had not been checked correctly) and the constant flashing phone. She informed me she would see the manager and get another 10% off the price after seeing the manager and it would all be dealt with. I thanked her for her time and thought nothing else of it.

On the Friday morning, I had to check out early and did not have a lot of time to get to work. When I did check out, reception said it had all been sorted and again, I didn't think anything of it. I checked my bank balance and the full room rate for a double room was taken out!! I had no reduction and no 10% further reduction.

I emailed the hotel chain to complain, two weeks later I was told to contact the hotel directly with an e-mail address. I emailed them over two weeks ago and have not heard ANYTHING from them.

This may have been a good hotel once, but it isn't now. I am still awaiting a refund of £46.90 from over a month ago.