Quick Getaway - Review of Falls Lodge By The Falls

Falls Lodge By The Falls

Falls Lodge By The Falls
Lowest prices for your stay

US$65
US$57
View deal
SAVE US$8
PricelineUS$65
Hotels.comUS$58
eDreamsUS$62
View all 13 deals
Prices are provided by our partners, and reflect nightly room rates, including all taxes and fees known to our partners. Please see our partners for more details.
Payments made by partners impact the order of prices displayed. Room types may vary.
HappyCoupleEst1986
Oshawa, Canada
522

Review of Falls Lodge By The Falls
Reviewed 17 February 2020

We recently stayed at this motel on an impromptu visit to Niagara Falls. Check in was a breeze. Quick efficient and friendly. The rooms are clean spacious and well equipped ( mini fridge, microwave, hairdryer) and the price was excellent. We paid $60 for the night for a king sized bed free wifi and light continental breakfast. It is a 2 min walk to a Tim Hortons and the Casino We recommend this hotel as it is a pleasant budget friendly accommodation

Trip type: Travelled as a couple
See all 265 reviews
Payments made by partners impact the order of prices displayed. Room types may vary.
Nearby Hotels 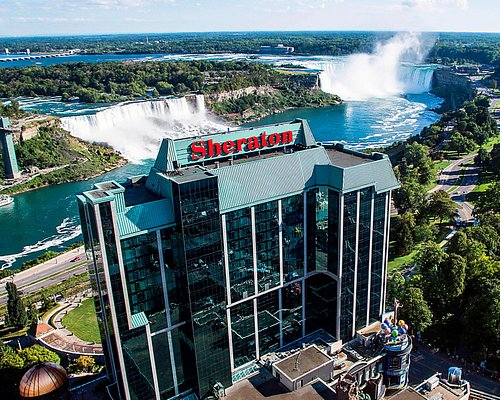 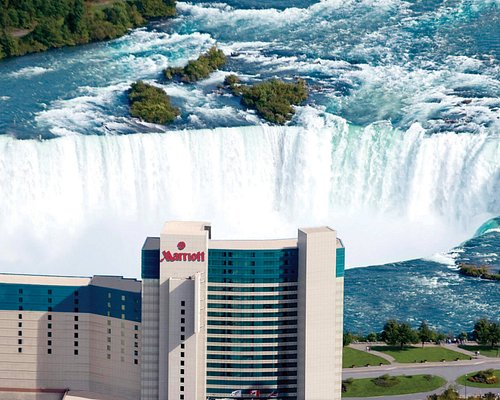 We stayed here 2 nights ago. Absolutely disgusting. We are not high expectation kind of ppl. The room looked like it hadn't been cleaned in months. 2 plugs and 1 didn't work, same for lamps. When asked for an extra pillow at front desk, was asked to return when checking out. If you go in colder months make sure you take your own blanket as they have the lightest one on bed. Also, they fleece you for $10 for overnight parking even though trip advisor didn't state that in the price. So for almost $70 you can stay anywhere at low season. Recommend anywhere else but here. We have stayed at several different places, high end hotels and low end. This by far was the grossest experience I've ever had! My advice, stay away

Trip type: Travelled as a couple
Ask mariamac83 about Falls Lodge By The Falls
Thank mariamac83

This review is the subjective opinion of a TripAdvisor member and not of TripAdvisor LLC
1bigred
Toronto, Canada
13722
Reviewed 25 October 2019
No longer part of Days Inn!!

We booked 2 rooms, 1 king bed and 1 with 2 queen beds. 2nd floor right at the end. King room had a frig, that the door would hardly open due to the terrible laying of the carpet. Carpet was not joined normal, but had metal pieces keeping it together,don’t think they replaced the underpaid.
Queen room a disaster, heater in bathroom off the wall and not working, The tiles has fuzzy, mould as did the tub. Plus 1 shower hook missing and they used a piece of wire to hold up the curtain. One bed had a divet in the middle, if you moved you landed in it.

Was not told they were no longer with Days Inn, that was one of the reason we decided to stay there.

Room tip: Try some place else, till they finish renovating, which I think they might be doing
Ask 1bigred about Falls Lodge By The Falls
Thank 1bigred

Thank you for taking a moment to share your thoughts with us regarding your recent experience at our property.
Providing clean and comfortable accommodations is one of our goals, and it sounds like we were not able to deliver that during your recent visit. We apologize for the inconvenience. To ensure guests are provided the stay they deserve and expect, our team will investigate further your concerns about the aspects of our amenities that were less than ideal.
We know we can do better, and since improving doesn't stop here, please give us another shot if your travels bring you back our way. We would be honored to serve you again.

Report response as inappropriateThank you. We appreciate your input.
This response is the subjective opinion of the management representative and not of TripAdvisor LLC
Jennifer M
1
Reviewed 22 July 2019
Take the good with the bad?

The location is fanastic. The staff are very friendly. The room sizes are decent. The beds - mine apparently was infested. My legs, arms and torso had multiple bites on them. When the hotel was contacted, they ensured they would not rent that room and would deal with the situation. They also offered discounted rate. Again - great staff, just unfortunate incident.

Thank you for your feedback. We are happy that you enjoyed our welcoming staff as they work very hard to deliver great service. The incident that occurred is being taken care of, and we are truly sorry for the disturbance. Nonetheless, it is our hope that you will give us another chance in the future to provide you a much better experience and we wish you happy travels along your way.

Report response as inappropriateThank you. We appreciate your input.
This response is the subjective opinion of the management representative and not of TripAdvisor LLC
USA2021
Erie, Pennsylvania
1
Reviewed 17 July 2019 via mobile
Great stay!

Friendly staff, clean rooms. We parked our car at the property and took a walk to many of the attractions, very convenient! If you are looking for a great time, clean rooms and an affordable place to stay while staying close to main attractions, I recommend this property!

Trip type: Travelled as a couple
Ask USA2021 about Falls Lodge By The Falls
Thank USA2021

This review is the subjective opinion of a TripAdvisor member and not of TripAdvisor LLC
nicolehH1042AT
Otterville, Canada
4614
Reviewed 4 June 2019 via mobile
Very Dirty! Good Location

When coming to Niagara Falls on a Saturday night unless you want to pay $400 there isn’t much option but a budget hotel like this. This was very close to all the attractions and we could walk to the Casino. Unfortunately, the room was filthy. There were multiple bobby pins on the floor which means the floors didn’t even get a simple clean or sweep. The bottom of the shower curtain was disgusting, we are glad we didn’t need to shower

Thank you for your time. We apologizes for the inconvenience . we are working hard to provide best possible services to our valued customers. We have done deep cleaning of all the rooms.
We look forward to welcome you again.

Report response as inappropriateThank you. We appreciate your input.
This response is the subjective opinion of the management representative and not of TripAdvisor LLC
View more reviews
PreviousNext
123…45