US$90
US$74
View deal
SAVE US$16
Hotels.comUS$76
HolidayInn.comUS$87
Trip.comUS$90
View all 17 deals
Prices are provided by our partners, and reflect nightly room rates, including all taxes and fees known to our partners. Please see our partners for more details.
Payments made by partners impact the order of prices displayed. Room types may vary.
hoogie52
London, Canada
246100

Ended up staying here for a night due to a snow storm. I was pleasantly surprised at the price and features offered from the hotel. The check in was easy and painless. The room was clean and had nice features, like a Keurig in the room. I paid for the breakfast the next day, and I would recommend not doing the buffet, as it wasn't very good. Go for something a la carte. I would highly recommend this location.More

Dear hoogie52,
So glad to hear that you were pleasantly surprised with your stay, and would recommend us to others. We thank you for posting a review and for providing the hotel with your feedback. Your comments regarding the breakfast buffet are appreciated. We hope to see you again in the near future!

Report response as inappropriateThank you. We appreciate your input.
This response is the subjective opinion of the management representative and not of TripAdvisor LLC
See all 276 reviews
Payments made by partners impact the order of prices displayed. Room types may vary.
Nearby Hotels 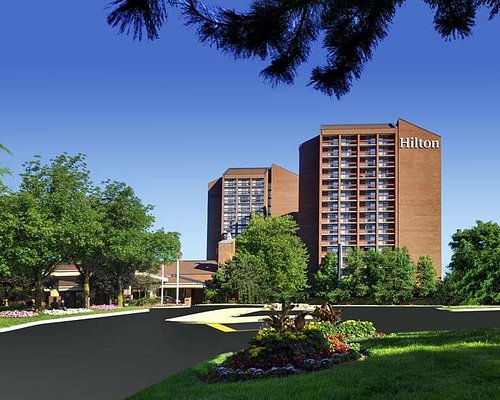 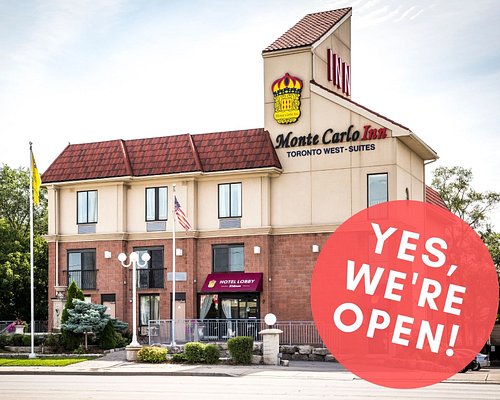 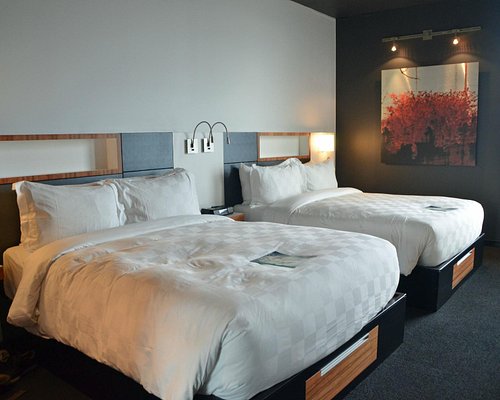 When we walked into this hotel we felt right at home. The front desk was amazing. It was the warmest welcome I have ever received when walking into a hotel. The rooms are beautiful. The view outside is beautiful. When I go back to Mississauga I will be staying at this hotel.

Dear mistrygirl-5,
Thank you for taking the time to post a review on your stay at our hotel in Mississauga Meadowvale. We are happy to hear that we exceeded your expectations, and that you thoroughly enjoyed your stay. We look forward to welcoming you back again!

Report response as inappropriateThank you. We appreciate your input.
This response is the subjective opinion of the management representative and not of TripAdvisor LLC
DAVIDCOLLINGS7
Toronto, Canada
82
Reviewed 6 October 2018
Lied to us for Wedding Block of Rooms

We used this hotel to reserve a block of rooms for our wedding, and they lied to our faces about offering a complimentary shuttle to and from our wedding venue which was 9km away. When we originally set up the block of rooms for our guests 10 months before we were sent a contract which omitted the shuttle, and were verbally told over the phone they would add the shuttle details closer to the date. Then 5 months before the wedding they told us there is no shuttle for our venue, and that they had never said there was. They also neglected to tell us we could cancel the contract at that time. We ended up having to hire a private shuttle costing us an extra $700. We later discovered the hotel's complimentary shuttle was going to a different closer venue for another wedding which was using the hotel the same night, which was booked AFTER our wedding and our original contract with the hotel.

After following up with their guest services manager when checking out, and their sales manager on the phone later on, we were not offered any kind of compensation for the shuttle we hired, nor a discount for our own room which we had to pay for the night before our wedding. Overall displeased with the dishonesty we were treated with, surprised a hotel chain we trusted would do this.

Thank you for choosing our hotel and for taking the time to leave us feedback.

Congratulations on your wedding! I only want a pleasant and memorable experience for you, and I am sorry to learn about your disappointment with the level of service received from the hotel staff. I shared your comments with the hotel management, and we'd like to look into this further. Thus, I have sent you a private message to follow-up.

I trust the team's capacity to check to review your concern. We're looking forward to your response.

Report response as inappropriateThank you. We appreciate your input.
This response is the subjective opinion of the management representative and not of TripAdvisor LLC
SurferGirl1976
Rochester, New York
154
Reviewed 21 August 2018 via mobile
Shady billing practices

Our stay at the hotel was fine, not the finest hotel but certainly not the worst. What was upsetting was the $200CD deposit when we checked in because we were paying with our debit card. Later that evening we noticed a second $354USD charge on our room that the front desk and the 800# couldn’t explain. Room charge was $230CD, the “deposits” didn’t match up, very frustrating. Here we are weeks later, emails and many phone calls and the hotel has not made it right. They did rebill one of our cards, then immediately refund it - and overbilled another card by $60. What a mess. Disappointed to learn that each location is a franchise and not backed by holiday inn customer service phone numbers. Will definitely NOT stay there again. They need some more qualified front desk help that is proficient in math and using a credit card machine. More

Dear SurferGirl1976,
Thank you for choosing our Meadowvale location. I'm sorry to hear of the inconvenience that you incurred upon your check in. I do hope that everything has since been taken care of for you. All Holiday Inn hotels are fully supported by an IHG Customer Support number, that guests may contact on a 24 hour basis. Please feel free to reach out if you have not resolved your situation.

Report response as inappropriateThank you. We appreciate your input.
This response is the subjective opinion of the management representative and not of TripAdvisor LLC
Neal P
Toronto, Canada
10
Reviewed 5 August 2018
Super place for a short or long stay

The staff provide ideal customer service, the food at the restaurant is brilliantly prepared and plated and the portions are unbelievable for the price. A 5 star gem that more people should use when travelling/resting/working/getting away

Lobby is nice and airy. Check-in was quick and easy. When we got to our room the air-conditioning was not on and the thermostat showed the temperature being adjusted but it did not turn on. Staff came quickly after calling front desk, and they flipped the switch and a/c was working. No issues for the duration of our stay of 4 nights. The beds are the best, and NO bed bugs. The mattresses are amazing, along with 4 large pillows with a king bed. The room size is very good with pull-out couch. The hallways are somewhat narrow but the room makes up for it. Parking is free and there is plenty, unless there is an event going on, then parking is limited. From the 5th floor it was quiet even with a band on the 2nd floor. Most noises were if kids were going down the hallway. This was infrequent. I recommend Holiday Inn on Argentia Rd. !!!

Dear Kimberly B,
Thank you for choosing to stay at Holiday Inn & Suites Mississauga Meadowvale, and for posting your review online. We are pleased to hear that you enjoyed your stay with us, and were satisfied with the attentiveness of our staff, as well as the cleanliness of the hotel itself. We thank you for recommending our Mississauga location to others, and we hope to be able to welcome you back again sometime soon!

Report response as inappropriateThank you. We appreciate your input.
This response is the subjective opinion of the management representative and not of TripAdvisor LLC
View more reviews
PreviousNext
1…456…46