US$60
View deal
Free cancellation until 24/04/21
Orbitz.com
Booking.comUS$58
PricelineUS$65
View all 15 deals
Prices are provided by our partners, and reflect nightly room rates, including all taxes and fees known to our partners. Please see our partners for more details.
Payments made by partners impact the order of prices displayed. Room types may vary.
travelsworker
11

Awful!! 15 min after I got here honking, load music, partying like crazy. 525am major yelling, a guy and girl fighting over drugs and him throwing her and her going to another unit screaming about drugs etc. RCMP were there 4 times in 2 hours.Noise all night long here. Very schetcy people. Lets just say I was booked in for 4 nights and I am checking out the first night. DO NOT STAY HERE
If I could give it a 0 it would be

Trip type: Travelled on business
See all 234 reviews
Payments made by partners impact the order of prices displayed. Room types may vary.
Nearby Hotels 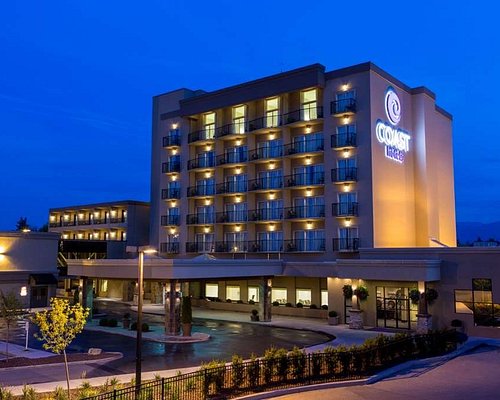 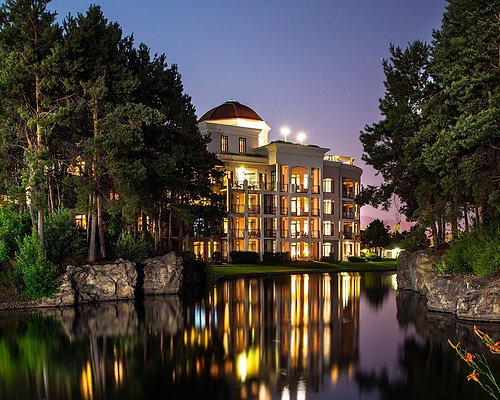 Expedia.com
View deal
Free cancellation
Pay up to 12X
Priceline
US$92
Booking.com
US$92
Lol.travel
US$116
View all 18 deals from US$92
290 reviews
5.8 km from Okanagan Seasons Resort
We compared the lowest prices from 18 websites
Breakfast included
Best Western Plus Kelowna Hotel & Suites
US$116

This hotel is absolutely disgusting! You are honest to god better off sleeping outside. The gentlemen who work at the front are also absolutely disgusting, they were incredibly prejudice against women and we were completely mistreated. We were honestly fearful to stay there for the night as the staff made so many inappropriate comments to us. As two young women, we were incredibly uncomfortable as two young women and decided not to stay for the night.

A friend of mine reported that they actually had gotten bed bugs while staying here since the suites are so filthy.

Lastly - the staff do not wear masks, do not social distance and one of the owners even spit in my friends face as he was screaming at her. It was honestly one of the most repulsive things I have ever seen in my entire life. Utter neglect for customer service and basic human decency and respect. Our interaction with the owner escalated so much so that the police had to be involved due to the ignorance of the staff and the manner in which we were treated. It is honestly shocking how disgusting this place is and very unsafe.

This review is the subjective opinion of a TripAdvisor member and not of TripAdvisor LLC
mpagehanify
Canada
4755
Reviewed 28 August 2020
This is your LAST resort!!!

I'll start by saying that we are price-conscious travellers, so we don't expect to get a lot from our accommodations, but we do expect a hotel to be cleaner than a campground.

The photos they provide are entirely misleading.

This was hands-down the filthiest hotel room we have ever stayed in. The laminate flooring in the living room was badly damaged. The tiles in the bathroom were cracked. There was paint chipping off the walls and doors. The shower and kitchen sink had mould everywhere. The sheets had holes in them. The freezer was melted inside, and there was sand and dirt on the floors when we arrived. We had to wear our shoes inside it was so bad! The faucet in the shower has been dripping for a long time because the amount of rust and calcification on the drain was more than we've ever seen. We're okay with the dated decor, the small television (computer monitor) and the fact that anyone else using water at the same time as you're showering impacts the water temperature.

It's clear that our room hadn't been given a decent cleaning in a long time and the walls haven't been painted for decades. The bedding is really old and faded and the WIFI internet either didn't work or was so too slow to be of use.

The outdoor area could be a major feature in summer, but all the tables and chairs near the rooms were filthy with stains and old and there was very little lighting The nasty old furniture actually made it uncomfortable to eat outside.

At $170 per night the price for what we received was outrageous and amazingly the hotel had no vacancy. So as much as COVID must be affecting things, hotels in Kelowna must be busy, because this hotel should be the last place booked. The only two positives are that the A/C in our room worked and the outdoor pool was great.

Unless you are looking for ammunition to write a bad review, DO NOT STAY HERE!!!!

This review is the subjective opinion of a TripAdvisor member and not of TripAdvisor LLC
AllanNikki
Calgary, Canada
1911
Reviewed 25 August 2020 via mobile
Sleep room.

Room was clean but lacks attention. It's good enough to sleep and on a budget, the service was good from the staff. it's close to downtown. Regarding the hotel, you have to ask for a drier, microwave and we noticed that the shower is not working properly. It's coming from the shower head and the tub.

This review is the subjective opinion of a TripAdvisor member and not of TripAdvisor LLC
773amberj
45
Reviewed 15 August 2020
Book elsewhere. Please listen

Well, I'd say the worst room I've stayed in ever. First the smell. Used to be a smoked in room, clearly. They try to cover it up with something but it's in the walls and floors I think. Hard to get rid of that smell. Stuffed up in the night from it.

The chairs at the table were something I've never experienced. Ripped and extremely dirty. I took photos and the front desk did not seem at all concerned. He just explained it was an old hotel. Can be old and sanitary though I would think.

Within 5 minutes of entering. I left. Put my keys on the front desk and went to an appointment hoping to find something else for the night. Many hotels were booked and I had already paid. Came back, he said he had rented it out. I was confused because I had not cancelled the room. It was purchased for the night by me. So, legally he can't sell it twice. He made me wait 25 minutes, to let the other folks down that he had rented it to, and gave me the keys again.

Front clerk was friendly and parts of the hotel were clean but I would really spend an extra $40 or more to get peace of mind elsewhere. I almost slept in my car, because it was preferable but I tried to make the best of it.