US$586
US$461
View deal
SAVE US$125
PricelineUS$586
Expedia.comUS$497
Orbitz.comUS$497
View all 14 deals
Prices are provided by our partners, and reflect nightly room rates, including all taxes and fees known to our partners. Please see our partners for more details.
Payments made by partners impact the order of prices displayed. Room types may vary.
LorraineAP
Boston, Massachusetts
61

Saint Peter's Bay is an excellent place to vacation

It was our first time vacationing in Barbados, and at Saint Peter's Bay Resort. What a beautiful island!!. Our villa was on the 4th Floor overlooking the beach. The 3 bedroom villa was tastefully decorated and very clean. I can't say enough about the staff at the resort. From the beach staff to house keeping. Everyone was delightful, always smiling and very helpful. Anything we asked for they accommodated us. The wait staff were professional, and friendly. A special thanks to the gals at Concierge; they were so helpful to all of us. So friendly and genuine. They set us up for our excursions, and gave good tips. The Cliff Restaurant for one, where my daughter got engaged. It was perfect. Also, a thank you to the car services, taxis as well.
Great yoga class too.
We will definitely be back!More

Show less
See all 158 reviews
Payments made by partners impact the order of prices displayed. Room types may vary.
Nearby Hotels

Hotels.com
View deal
Free cancellation
Pay up to 12X
Expedia.com
US$392
Hurb
US$384
ZenHotels.com
US$453
View all 17 deals from US$384
668 reviews
0.3 km from Saint Peter's Bay Resort
We compared the lowest prices from 17 websites 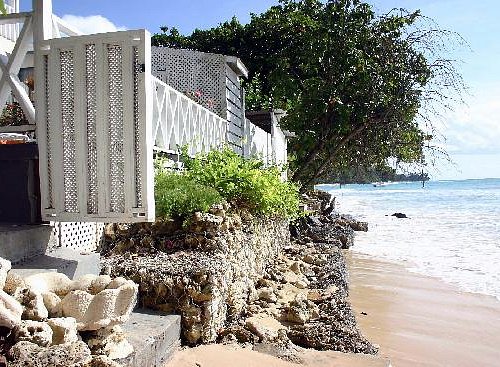 Expedia.com
View deal
Travelocity
Priceline
US$125
Orbitz.com
View all 9 deals from US$125
12 reviews
0.4 km from Saint Peter's Bay Resort
We compared the lowest prices from 9 websites 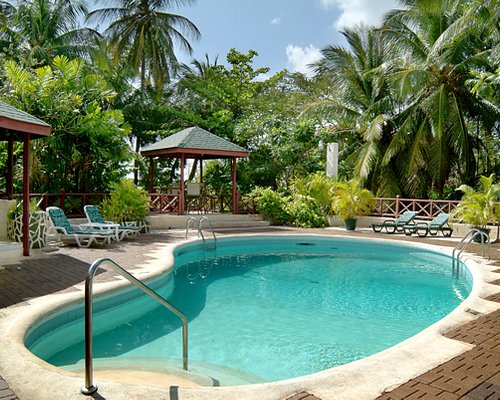 We've just returned from a stay at St Peters Bay & I can honestly say this was the best accommodation I've stayed at in Barbados. We had Villa 103 on the ground floor which gave easy access to the beach. The Villa was fully equipped and great for a family or group of friends with 3 good size en suite bedrooms, a large living area, Kitchen and utility area with a washer & dryer. The outside terrace had a large table for eating outside, a comfy lounging area & a Hot Tub.
There is plenty of room on the beach so it never felt crowded, the pool area is clean & spacious with plenty of sunbeds. Guests staying here get a complimentary swim with Turtles experience which was amazing, we were also lucky enough to watch Turtles coming up on the beach at night to lay eggs. There is a complimentary Water taxi service to Port Ferdinand & Niki Beach Club just up the coast. Guests also receive complimentary sunbeds at Nikki beach on selected days. There are plenty of water sports available from the beach to keep everyone active and a platform to swim out to.

We ate lunch most days at the poolside restaurant, the food was lovely and reasonably priced, all the staff were very attentive delivering great service and exceeding expectations.

The location is great for exploring the west coast & food shopping is slightly cheaper in Speightsown than it was in Holetown. There are also a number of really nice restaurants locally. We really enjoyed our meal at The Fish Pot & we also visited a small local Bajan road shack opposite St Peters Bay called Grendines which served traditional Bajan food at a great price & the chicken stew was lovely.

St Peters Bay had everything our family needed for a fantastic holiday & I wouldn't hesitate to recommend to friends & family. We're already planning our next visit.

This review is the subjective opinion of a TripAdvisor member and not of TripAdvisor LLC
itsasecret1974
Canada
1992
Reviewed 23 June 2018
Nice hotel...don't use the concierge to book a taxi!

Back from our stay at Saint Peters Bay resort. Our room was huge and amazing. It had three big bedrooms, each with its own ensuite. The laundry facilities and kitchen came in very handy. The daily cleaning was fantastic. We spent a lot of time on the huge deck and hot tub. Pools were great. Lots of chairs. The Gazebo restaurant was great for a couple of lunches. The beach was average to below average due to its narrow size, amount of rocks and seaweed, which of course the hotel could not control.

As far as activities go, included at the hotel is paddle boarding and kayaking. Website makes you believe there is more. I was told there was a water trampoline but it was broken and they were ordering a new one. There was also a snorkelling tour that we did elsewhere. Saint Peter’s does not have an adequate stock of life jackets, so if you have children of various ages, as we do, grab a jacket early. We ended up putting a jacket for a 90lb + on our 8 year old.

The big negative for us was the concierge services at the hotel.

On the first night we asked the concierge for a restaurant recommendation. The concierge sent us to the Lobster Pot and organized a taxi. The taxi ride was 3 minutes and cost USD$20. As we were leaving the restaurant, the server told us they have a free shuttle to Saint Peter’s Bay. Naturally I was a little surprised the concierge didn’t mention this. When we arrived back at the hotel I told her about the free shuttle and she said she knew but that the shuttle was always late. Odd.....

The second night we asked the concierge to organize a taxi to dinner for us at Scarlet - about 9km from the hotel - 15 minutes away. The concierge told us that it would cost USD$45 each way. Thinking that something smelled weird, I jumped on my laptop, brought up information on Barbados taxis and proceeded to visit the concierge, laptop in hand, to discuss this with her. When I brought up that the pricing seemed high she explained that since the hotel was a luxury hotel, most of the guests wanted to travel in luxury. I found that interesting since a minivan drove us to the Lobster Pot the night before. I asked the concierge to try some of the taxi companies that I found on the internet. Lo and behold, I was now being quoted USD$30 each way to Scarlet restaurant. The driver showed up in essentially the same minivan that the driver showed up the night before to take us to Lobster Pot.

After this episode, I asked the concierge how much the taxi she arranged for us to go to to Harrison Caves was going to be for the next morning. She told me it would be USD$75 each way. I told her to cancel it. I googled “Speightstown taxi”, came across a list of taxi companies and then proceeded to call each one from the hotel room. I booked the third name on the list for USD$40 each way. He showed up in a BMW.

While the driver was taking us to Scarlet restaurant, I started quizzing him on how much various drives should cost. Long story short, we booked him for every night that week to take us to dinner. He was on time every day and kept a very clean car. He treated my family like gold. He took us to Animal Flower Caves and gave us a great history of the island while we drove.

As you can imagine, I stopped talking to the concierge completely for the rest of the trip.

On the last day of our trip, I ran into the concierge and told her how disappointed I was with not being told about the free shuttle on the first night. I explained that like her, my wife and I work hard for our money and I would have really appreciated to know about the free shuttle. Moments later I received a call from the concierge manager to discuss my concern. While I was explaining my issue the manager began speaking over me and interrupted me a few times. She jumped in that USD$20 was a fair rate for a drive to the Lobster Pot. Since she wasn’t grasping the idea that "free" is even more "fair" than USD$20 nor was she even listening to me speak, I decided to wish her a nice day, hung up the phone and drank my coffee with a beautiful view from my deck.

This review is the subjective opinion of a TripAdvisor member and not of TripAdvisor LLC
R3443JRroberts
Yorkshire, United Kingdom
3436
Reviewed 14 June 2018
Lovely Caribbean experience

This is a true Caribbean Beach Hotel and as such gave direct access to the beach.The room was well equipped and the standard of cleanliness from the maid was second to none every day it felt like a new apartment.The staff at the beach could not have been more helpful in supplying all our needs from clean beach towles to all the water sports .Thank you for a fantastic stay

Simple the most amazing place the beach is beautiful the rooms are perfect the staff amazing. I am in love with this place. I am a huge fan of big hotels but this truly surpasses all of my expectations. #visit this place you won’t regret it

We are thrilled that you had such a great experience. Our aim is to always ensure our guests are satisfied. Looking forward to serving you again in the near future.

Report response as inappropriateThank you. We appreciate your input.
This response is the subjective opinion of the management representative and not of TripAdvisor LLC
BFR1920
Bloomington, Indiana
17071
Reviewed 7 June 2018 via mobile
First Trip to Barbados Won’t Be Our Last

We came across Saint Peter’s Bay through a Jet Blue vacation package offer. We have a teenage son so it’s important to find hotels/villas where he can have a separate bedroom and bathroom. We had a beautiful three bedroom villa with a huge veranda, hot tub, private elevator to beach, kitchen, spa tubs in every bathroom, washer/dryer and last but not least a great view of the beach! We thoroughly enjoyed the trip! Unna Concierge staff were friendly and extremely helpful in choosing tours and sailing trips. I highly recommend sharing your interests with them before you arrive so they can provide options for you to consider. They also helped us place a grocery order so food would be in our refrigerator when we arrived. We can’t wait to return!