Coral Sands Hotel
5 people are viewing this hotel
Lock in the lowest price from these sites
US$732
Reserve now, pay at stay
View deal
Expedia.comUS$732
eDreamsUS$732
PricelineUS$732
Hotels.comUS$732
Orbitz.comUS$732
TravelocityUS$732
View all 17 deals
Prices are provided by our partners, and reflect nightly room rates, including all taxes and fees known to our partners. Please see our partners for more details.
Payments made by partners impact the order of prices displayed. Room types may vary.
Monalisa43
New Providence Island
248133

If you are a traveler with discerning taste then the newly renovated Coral Sands with its exceptionally captivating island chic decor and blown away amazing service is definitely your top choice on Harbour Island.

I recently attended the destination wedding of London based bahamian and Scottish friends held at this property and I was beyond impressed with this resort property’s attention to detail and consistency in going the extra mile to ensure a fabulous experience for ALL its guests. What an awesomely fabulous island resort experience!!

It was especially impressive that miraculous in most instances our names were all committed to memory by the resort property’s charmingly attentive staff.

My well appointed and chicly decorated ocean view suite with my favourite bath products (Molton Brown) made the island weekend getaway all the more amazing. A big thank you to Pam and her team! Most definitely, I will be back as it’s an excellent retreat from the city.

Show less
Trip type: Travelled with friends
See all 549 reviews
Payments made by partners impact the order of prices displayed. Room types may vary.
Nearby Hotels 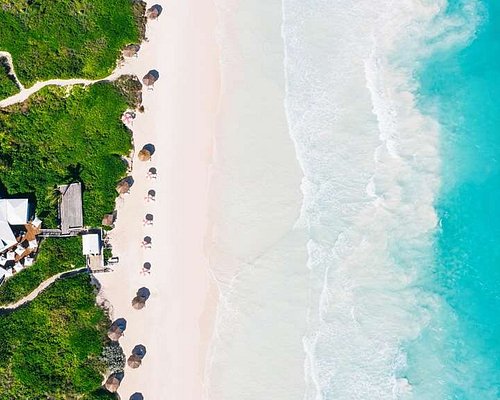 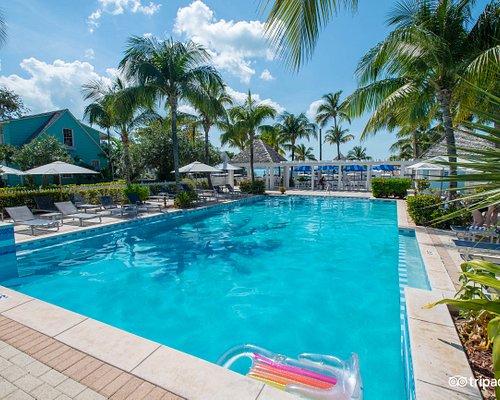 Valentines Resort and Marina
US$623 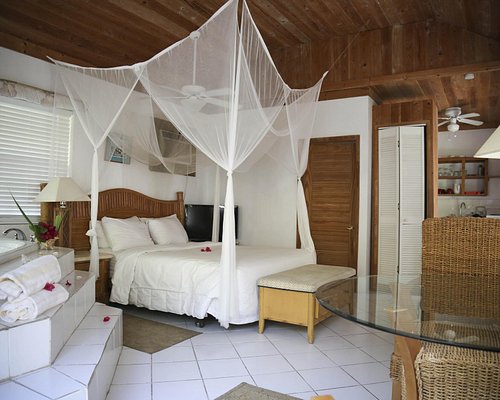 Expedia.com
View deal
Pay up to 12X
eDreams
US$247
Booking.com
US$247
StayForLong
US$271
View all 14 deals from US$245
190 reviews
49.4 km from Coral Sands Hotel
We compared the lowest prices from 14 websites
Top Rated
Breakfast included
Rock House

Found this gem of a place through friends. The staff is incredible. They had a taxi meet us at the dock because our plane was late arriving. We were there for only 4 nights but felt like we celebrated every day with family. The chef even fixed us breakfast to go before our excursion and prepared our fish we caught for us to enjoy for dinner that evening. Drinks, food, rooms, atmosphere, and hospitality is over the top!

I had been to Harbour Island in the '90S a few times to visit a family that had an estate the since th '50s for bonefishing and got certified to scuba dive at Valentines. The staff are incomparable, warm and highly intuitive.
My absolute favourite place on the island and the meals on the terrace overlooking either the pink sand beach or the pool that changes colour is of gourmet quality!!

We recently spent a week at the Coral
Sands, which has been recently refurbished. It’s location, directly on the beach, is breathtaking. The very high standard of cleanliness, service & decor would surpass most high end hotels in the world. We were welcomed by Pam and throughout our stay she was on hand to meet our every need. Lios, who is food & beverage manager, is worthy of special mention, not only did she go out of her way to make us feel welcome & happy, she even organised Halloween costumes for us. The food, especially at the beach bar is excellent. The service was impeccable, the staff are wonderful & helpful. Special thank you to Romanda & Stephanie who are so professional & kind.

This review is the subjective opinion of a TripAdvisor member and not of TripAdvisor LLC
mmgsport
Philadelphia, Pennsylvania
1611
Reviewed 7 November 2018
Yes you CAN have luxury in the Bahamas!

This place was the perfect balance of island life and luxury. Whenever we speak to people they say "you don't really get luxury in the Bahamas" - Well, they're right AND they're wrong. This place is classy, attentive, laid back, has super yummy foods, well designed and everything else all rolled into one. Super boutique and really just amazing. A must go-to!!

This review is the subjective opinion of a TripAdvisor member and not of TripAdvisor LLC
steffmarshy
Washington DC, District of Columbia
21
Reviewed 4 November 2018 via mobile
Beautiful view, not so great service

The view , facilities, room quality and general appearance of the resort is spectacular. Everything was perfect and coming at a time when the island was not too busy was great because it felt like you almost had the island to yourself. However, the service from staff in the restaurant was mostly unplesant. The time spent at the restaurant (up near the lobby) makes up a large part of your stay as there is not a whole lot of 'sanitary' food, restaurants or cafes outside the resort, so we had no real choice other than to only eat from the resort. We had one waitress who had quite an attitude with us for no real reason, and having worked in the service and hospitality sector for 9 years I know what should just be basic service. We had to flag down staff for almost everything we could have needed , to order our food, our drinks, ask for cutlery, and quite often there would not be a single member of staff on floor at all, and if they were out there some would literally be running however, from what we could see nothing was actually getting done, and I could see we were not the only ones getting frustrated with the service. We were even charged for items we did not have on our bill and when it was politely pointed out, the waitress said 'ok' snatched the bill to change it with no apologies and with the behaviour that it was our fault they had messed up. It didn't feel like they were understaffed it just felt like the staff were very unnatentive to us and a few others. They did seem to be super attentive to a select few groups, we were just not one of them.

On a side note the staff in housekeeping, the beach shack and reception were great and very friendly. And the Molten Brown amenities were a great final touch.