Loved it ! - Review of The Morgan Resort Spa & Village

US$514
Free cancellation until 13/08/21
View deal
Booking.comUS$514
Official HotelUS$514
PricelineUS$514
TravelocityUS$514
Agoda.comUS$514
TripadvisorUS$514
View all 10 deals
Prices are provided by our partners, and reflect nightly room rates, including all taxes and fees known to our partners. Please see our partners for more details.
Payments made by partners impact the order of prices displayed. Room types may vary.
Pierre-Jean97150
Thionville, France
21

The Morgan is truly a must! The hotel is beautiful and the employees are really polite and welcoming. The place is clean and the design is very modern and elegant. The restaurant is superb - the food was delicious! The swimming pool looks like a piece of art with a nice river-rock design.More

Hello Pierre-Jean! We would like to thank you for a wonderful review about your visit to The Morgan Resort and the great comments about our employees and the resort. Hopefully we will see you again here with us soon!

Report response as inappropriateThank you. We appreciate your input.
This response is the subjective opinion of the management representative and not of TripAdvisor LLC
See all 23 reviews
Payments made by partners impact the order of prices displayed. Room types may vary.
Nearby Hotels 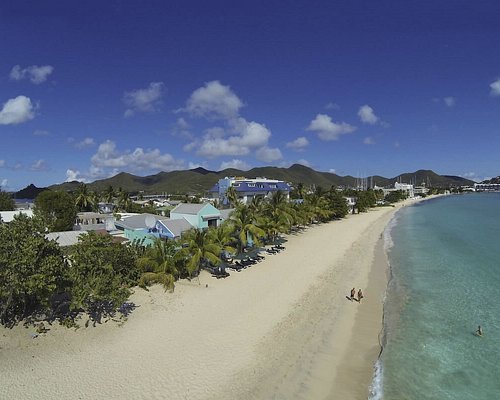 Taking safety measures
We compared the lowest prices from 8 websites 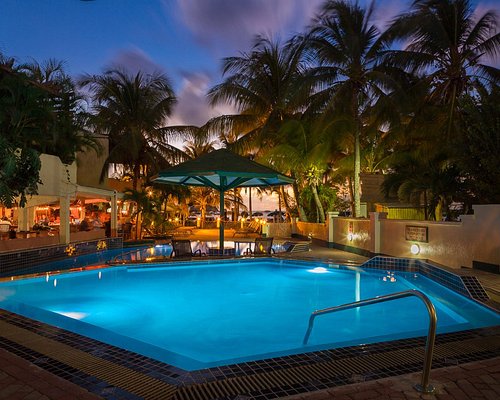 Taking safety measures
We compared the lowest prices from 17 websites
The Villas at Simpson Bay Beach Resort and Marina
US$188
Booking.com
View deal
Free cancellation
Reserve now, pay at stay
Expedia.com
US$192
Agoda.com
US$144
getaroom.com
US$196
View all 15 deals from US$144
504 reviews
2.8 km from The Morgan Resort Spa & Village
We compared the lowest prices from 15 websites
Sponsored
Mary's Boon Beach Hotel and Spa
US$136

I had the pleasure of being one of the first guests to stay at The Morgan Resort & Spa with 5 other friends. We initially had reservations on the French side of the island, and the day we arrived, we learned they had implemented an 8 o’clock curfew on the French side. My friend heard The Morgan was going to open and made a call to the hotel. Although they were not yet open, Ozzie was kind enough to allow a few of us to go for a tour. The decision to move to The Morgan was a no brainer. The staff was accommodating and the hotel and amenities were beautiful.

We moved to The Morgan on opening day (June 1, 2021) and we were not disappointed. As with anything that is brand new, there are learning curves and kinks. However, the flexibility, collaboration, responsiveness and friendliness of the staff overshadowed any kinks, which were immediately addressed.

A special shout out to: Ray, Stewart, Armani, Ozzie, Benjamin Franklin, Leo, Escarline, Deanna, Fabiana, Francien, Alex, Kenny, Ravi and Sue. I may have missed a few and can honestly say - overall, the staff is amazing and the hotel is beautiful!!

We look forward to returning!!

Hello Jade, spectacular is to read such a nice review and great compliments about our staff and thank you for recommending us. Please come back anytime soon. We'll be waiting for you with open arms!

Report response as inappropriateThank you. We appreciate your input.
This response is the subjective opinion of the management representative and not of TripAdvisor LLC
GregoryD842
Paris, France
4135
Reviewed 7 June 2021 via mobile
That’s the hotel you want to chose for your stay in Sint Maarten

I am used to come in Sint Maarten.
Morgan is simply the best one I’ve been to !
The staff is incredibly available. The view from my room was amazing. The restaurant has a very interesting menu, the meat I ordered was super tasty.
Do not hesitate. Book and enjoy your stay !

I also saw a familly with kids at the pool. They were having great fun with the water slide !

Hi Gregory, we are so happy to know that you enjoyed your stay. It was a pleasure to read your words about the culinary experience and the service at the property I will definitely pass the comments to the Chef. Thank you for recommending us and we will see you again soon!

Report response as inappropriateThank you. We appreciate your input.
This response is the subjective opinion of the management representative and not of TripAdvisor LLC
AXELL972
11
Reviewed 2 June 2021
awesome ......

i went to the Morgan for the grand opening this place is fabulous the service the restaurant and the cocktails was perfect . thank you all for this beautiful moment if you need to spend amazing vacations in SXM, about me is the best choice
AXELL

Hello Axell, we appreciate the comments about your stay. Glad to hear you enjoyed this beautiful moment. We hope to see you again soon!

Report response as inappropriateThank you. We appreciate your input.
This response is the subjective opinion of the management representative and not of TripAdvisor LLC
PreviousNext
1…45