Around Jamaica in 7 Days # 1 - Review of Piper's Cove Resort

US$212
View Deal
eDreamsUS$102
Orbitz.comUS$212
TravelocityUS$212
View all 12 deals
Prices are provided by our partners, and reflect nightly room rates, including all taxes and fees known to our partners. Please see our partners for more details.
Payments made by partners impact the order of prices displayed. Room types may vary.
briansD5729NN
Saint-Bruno-de-Montarville, Canada
2923

Trip type: Travelled solo
See all 149 reviews
Payments made by partners impact the order of prices displayed. Room types may vary.
Nearby Hotels 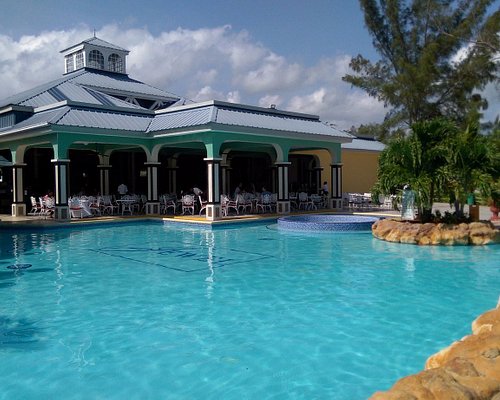 Jewelresorts.com
View Deal
Free cancellation
Booking.com
US$230
Expedia.com
US$230
getaroom.com
US$233
View all 16 deals from US$217
4,597 reviews
We compared the lowest prices from 16 websites 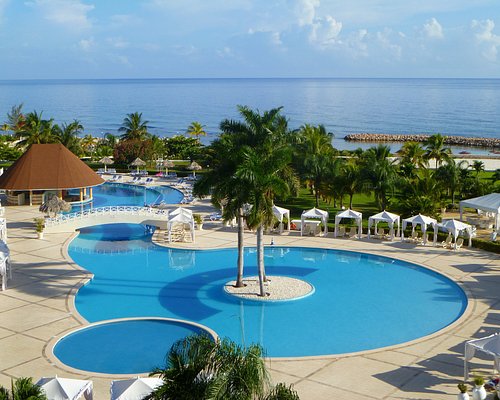 All Inclusive
Jewel Paradise Cove Resort & Spa
US$233
US$217

Jewelresorts.com
View Deal
Free cancellation
Booking.com
US$230
Expedia.com
US$230
getaroom.com
US$233
View all 16 deals from US$217
4,597 reviews
0.2 km from Piper's Cove Resort
We compared the lowest prices from 16 websites
Top Rated
All Inclusive
Franklyn D. Resort & Spa
US$627
US$548

Mrs. Daisy was amazing and her kitchen staff, I would not recommend if you are traveling with kids. I will be returning with my Omaha steak package for a quick weekend get away. Great getaway for weekend .

This review is the subjective opinion of a TripAdvisor member and not of TripAdvisor LLC
raggamuffin72
Teaneck, New Jersey
24
Reviewed 2 February 2018
"Laid back vibes with a 5 star feel"

This beautiful picturesque apartment style villa is everything you can ask for when you are not looking to stay at a much larger all inclusive hotel. The property was very clean and reminds you of why Jamaica is considered a paradise. I stayed in a one bdrm apt which was very spacious and at your request can have a twin size bed placed in the living room area. Wifi is available but can be somewhat sporadic. Very functional kitchen with refrigerator, stove and adequate counter space. Also available is a balcony to sit and enjoy the nice cool breeze. About 30-40 yards in the back you will find a pool and a breathtaking view of the ocean with access to the water. It is important to note this hotel is located directly off the main strip in Runaway Bay, St. Ann, which gives you easy access to restaurants, buses and taxi services.

This review is the subjective opinion of a TripAdvisor member and not of TripAdvisor LLC
shereenbourne
Los Angeles, California
15297
Reviewed 29 January 2018 via mobile
Relaxing vibe

The room was really nice and included everything we needed for our stay. However, the WiFi was weak most of the time, but didn’t impact the trip. The items in the kitchen came with pots, plates utensils, a fridge and hot beverage packages for tea or coffee. The patio area was used for reading, journaling and eating meals. Get the Jamaican breakfast delivered poolside and enjoy the nice view. I would recommend to couples and families who want to enjoy Runaway Bay.

This review is the subjective opinion of a TripAdvisor member and not of TripAdvisor LLC
littlesweetdee
Saskatoon, Canada
7673
Reviewed 1 January 2018 via mobile
Happy New Years

I had the pleasure of coming back to this oasis for many years and still to this day never to disappoint. I am pleased to say a few new additions to the hotel. New walkways, enclosed the upper deck with windows to "retreat from inclement weather) and a little stairway to get access to the sea.

Thanks again to Miss Daisy,Beres,Oswald, Yvonne,Diane and the rest of the pipers cove crew to welcome me again and making me feel home every yearly return. Happy New Years!!! God bless

This review is the subjective opinion of a TripAdvisor member and not of TripAdvisor LLC
yoga_diver
chicago, IL
74
Reviewed 26 November 2017
First, and Lasting, Impression

Many factors were out of the management's control, such as our Sunday 6 pm arrival, the massive rains, the dense population of mosquitos, and inept transportation. However, the response from Piper's Cove to these, and many other, challenges was underwhelming.

After traveling for 12 hours, my children and I were tired, hot and hungry. Since the kitchen staff had left for the day, the owner commanded the front desk attendant to take us out to get food, rather than perhaps bringing some food that required no cooking, such as fruits or bread, from the kitchen. Instead, we were driven to a nearby crowded and dirty grocery and greasy spoon, being reminded by the driver that he should have been off work already, and then charging us $10 for the ride. After so many years in hospitality, I would expect them to anticipate these common travel needs and be prepared to receive us. We did not feel to be valued guests from the first impression.

The next morning, I ordered the Jamaican breakfast, which proved to be the highlight of our stay. It was unsavory to drink from the tap all week, but I learned quickly not to bother the staff, who rarely smiled, interacted with us, or volunteered assistance with anything.

We had the unit with the best view of the ocean, but the wifi was dodgy, the shower was a cold trickle, and the bedroom flooded through the window during one windy storm. We were offered the king sized bed in the adjacent unit, which normally fits my two kids and me. This, however, was not a king bed, but rather two twin beds pushed together, and I (barely) slept in the crack all night.

The taxi service the "resort" uses wanted to charge me an insulting $100 round trip to go into Ocho Rios, which smashed my confidence in their ability to recommend excursions. Unfortunately, I had already booked with the transportation agency arranged by the front desk, who showed up 2 hours after their promised time. It wasn't until the fourth phone call I urged them to make that action began to take place. I was disappointed to even have to ask for an alternative transportation to the airport. More adept and professional resort managers I've dealt with in my travels would have been one step ahead of me already.

I could go on, but suffice it to say, we will not return to Piper's Cove, if I can convince my kids to return to Jamaica at all. We might have saved a few dollars, but I'd rather to have paid for the relaxation of a vacation tended by individuals who have interest in our well-being. Perhaps I expected too much from this little Inn. It may be a better experience for a local who can be more self-sufficient in the dominant culture.

Room tip: A3 is ocean and pool view. I don't think any of the others are?
Ask yoga_diver about Piper's Cove Resort
2  Thank yoga_diver

We regret your visit to Pipers Cove did not meet your expectation.

Jamaica as you may know is a diverse, multi-cultural country. Pipers Cove hosts local and international guests year round and take pride in a warm Jamaican welcome to all our guests. Here, all guests are valued by management and housekeeping and we welcome every opportunity for the comfort and safety of our guests.

We were especially looking forward to your visit, as you were introduced to Cove by a guest who had stayed many times with us and thought the facility would be ideal for you and your family.

While we acknowledge your perception, you should know that all our actions were well intended and meant to be helpful in resolving your issues as they occurred.

For clarification, however, we would like to address your comments:
late arrivals after full meal service has ended usually have the option of having a meal off-site at local restaurants, purchasing their own food products for in-apartment kitchen preparation, or requesting a light menu of sandwiches/salads (depending on the lateness of the hour). In your case, a full meal was preferred and, as a courtesy, your request was facilitated by our off-duty driver since the restaurant was only a five-minute drive. We did mention there was no fee for the service but that a gratuity to the driver would be appreciated.

Mosquitos are generally not a problem except after heavy rains and we have been experiencing quite a bit of rain so room are sprayed on a consistent basis (except for those with noted allergies) and as part of the house keeping routine, when guests are away from their room. In your case, once we were aware of the problem requiring additional attention, the apartment was promptly spayed and we continued the practice for the duration of your stay.

In recent years, as an energy-conscious facility, Pipers Cove converted to solar-powered hot water heating, and pressure is really good. During your stay there were no complaints either from you or other guests regarding water temperature or pressure.

Just so you know, Jamaica’s tap water is reliable and safe to drink. At Pipers Cove however, bottled water is available for purchase and is displayed with other cold beverages in the office area, for those with a personal preference for bottled water.

We appreciated having you and your family at Pipers Cove and wish you all the best for 2018 .

Report response as inappropriateThank you. We appreciate your input.
This response is the subjective opinion of the management representative and not of TripAdvisor LLC
View more reviews
PreviousNext
1…345…25