US$189
US$123
View deal
SAVE US$66
Free cancellation until 19/05/21
eDreamsUS$146
PricelineUS$153
Trip.comUS$189
View all 17 deals
Prices are provided by our partners, and reflect nightly room rates, including all taxes and fees known to our partners. Please see our partners for more details.
Payments made by partners impact the order of prices displayed. Room types may vary.
lvn2travl
NJ
512

Don't listen to the negative reviews!

My family and I have traveled to many islands and stayed at many 3-4 star all inclusive resorts. This is not the Hilton, Sandals, etc., this is The Palm Garden Hotel and it was perfect for someone who wants a clean, simple place to stay as you venture out everyday to visit the beautiful places and beaches of Barbados. We had room 115 and it was perfect for us. Could have things been upgraded, yes, but for our family our number one priority was a CLEAN room and grounds which was 10+. The first morning we woke up the fridge stopped working and we requested an extra mattress for the sofa bed and within 2 minutes (no exaggeration) someone came and fixed the fridge and gave us another mattress. Reception personnel was super friendly, room ready when we checked in and rental car was there waiting for us. Pool was fine too. We will be coming back to Barbados and will not hesitate to stay here again! Don't judge a book by its cover till you experience the inside for yourself!!!!! Thank you Palm Garden Hotel for a wonderful week!More

Show less
Room tip: 115 was great, even had a clothes line to dry off the bathing suits and towels!
See all 161 reviews
Payments made by partners impact the order of prices displayed. Room types may vary.
Nearby Hotels 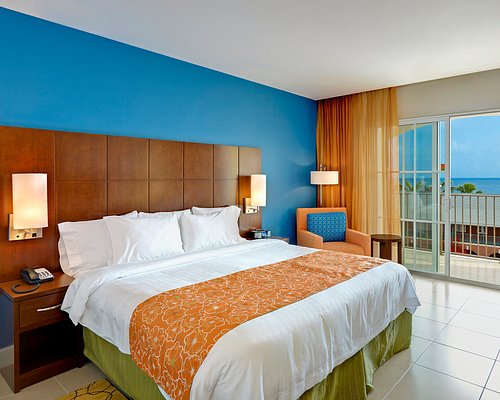 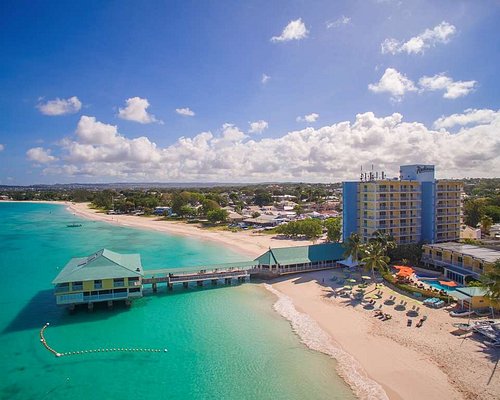 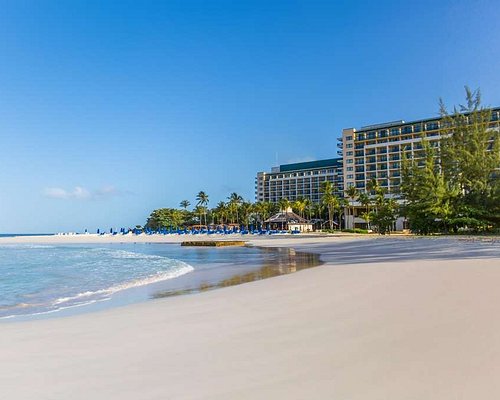 I chose this place because friends who visited Barbados before advised I should stay somewhere close The Gap.

Let’s get into the bad first which is not much.

1. So if you make your booking you cannot add the breakfast option if you decide that you want it after reaching the hotel. Like seriously? Was confused when they say it’s only available when you book online. RUBBISH!

2. The fridge in the room, when the motor or whatever turned off and came back on, it sounded as though someone was harshly knocking on the door. Imagine sleeping and hearing that only to realize it was the fridge.

3. They had a WiFi access point (router/modem for those who may not know what an access point is) in the room with bright blue lights. So if you plan to stay in room 102 (not sure if other rooms have them) make sure that you buy an eye mask as the flickering blue lights might definitely keep you up. I’m accustom to sleeping in a dark room.

4. The light string for the ceiling fan burst apparently so if you’re not tall enough you would just have to take off the fan all together. I preferred the fan over a/c.

5. The kettle was not working well, so had to use the microwave to warm water.

6. They need to update the pool furniture and

7. No proper checking out. The security guard checked me out. Was confused as to why there was no receptionist.

Other than that it’s a lovely quiet place if you don’t want to be in a crowed hotel. It’s just that they need to properly maintain the items they put for guests to use. The surroundings, garden and area around the pool was very well kept and very clean.

The breakfast that we had to pay for was VERY SCRUMPTIOUS and they prepared it in their kitchen. So no stale food.

I hope they take the time to read this review and try to make the proper improvements because I would like to go back there again. I think the last trip advisor award I saw was 2015. So maybe they need to work on the hotel to get a more updated award.

This review is the subjective opinion of a TripAdvisor member and not of TripAdvisor LLC
stmartinm418
Carleton Place, Ontario
52
Reviewed 4 March 2018
Not as it seems

This hotel could be a little gem, but is in desperate need of a complete overhaul. The outside is lovely and well kept, and that's where it ends. We stayed in two different units, and was very disappointed in both. The first one had a kitchenette. Unfortunately no pots and pans, no washing up liquid and no tea towels. We told the front desk and they did supply them. We had a two burner hot plate, but only one burner worked, so I told the front desk and was told they would get us another one. We stayed five days and never got a replacement. The inside was dated and n desperate need of gutting and a re do.
The second unit was not much better. We arrived to find no kettle in the kitchen, so again we told the front desk. They gave us a kettle that they took from another room, but it stopped working after the first use.
We were here before and after our cruise and will never return.

This review is the subjective opinion of a TripAdvisor member and not of TripAdvisor LLC
SareBearGam
Sydney, Australia
6144
Reviewed 24 February 2018 via mobile
Friendly and good value

A quick 1 night stay pre cruise - air con good, friendly staff, plenty of space and close to a 24 hour restaurant which was great for our late night arrival time. Nothing flash but great value for 1 night.

This review is the subjective opinion of a TripAdvisor member and not of TripAdvisor LLC
JimM50
Philadelphia, Pennsylvania
12126
Reviewed 18 February 2018 via mobile
Avoid This Place!

It is a stretch to give this place a 2. I reserve “1” ratings for places currently condemned by the Board of Health. We arrived at midnight and were told they were over booked and were sending us elsewhere. When I told them that friends who were coming with us would not be arriving we were given their room.
While some of the rooms may be better, under NO conditions should you stay in room 101,102, or 103. They are detached from the main property and can best be described as an outhouse. Those rooms bring new meaning to basic. They also don’t leave an impression of cleanliness.
The local area is undesirable and has the smell of a sewer.
The only redeeming feature is the reasonably low price, but even then it is not worth it.

This review is the subjective opinion of a TripAdvisor member and not of TripAdvisor LLC
TraveLikeAnArchitect
Rockford, Illinois
7652
Reviewed 12 February 2018 via mobile
A STINKY 2* in a fair location

This is a solid 2* hotel. Room was not ready at all on time. 1.5 hours after their published check in.
Staff is cold and unfriendly. Wont make eye contact. Staff accused us of breaking a phone with our "stored" luggage that we had been told to pile in a corner. This happened an hour after we moved our luggage into our room.

Entire neighborhood smells of sewage. We were told that is an issue. I had not seen this on line. It explains the low price.

Room is old and worn. It does have a decent new, but sloppy, paint job.
Ceiling fan light combo. Fan only works with light on. Can't run while sleeping. And you need to as A/C is too small.
Doors have dangerous hardware. And do not fit tight.
Tub does not drain.
Place is NOISY. Staff ran a loud TV all night adjacent to our room

They claim to have shuttles. What they have is the ability to call a cab YOU pay for. We were told, in writin, $25usd from port, $15usd airport. First driver wanted $30 from the port. In the AM, we were scalped for $40 from hotel to airport "because it was so early" 5:30am pickup.

It is a very close, but dirty and busy, walk to a very nice beach.

We thought we were getting 3*. We thought the shuttle was reasonable. We feel cheated.