US$36
View deal
Free cancellation until 01/06/22
Reserve now, pay at stay
Orbitz.com
Booking.com
Travelocity
View all 12 deals
Payments made by partners impact the order of prices displayed. Room types may vary.
Prices are provided by our partners, and reflect nightly room rates, including all taxes and fees known to our partners. Please see our partners for more details.
Omidaa
Antalya, Turkey
146

friendly owner . good breakfast.
if you are looking for calm place...
you can find it the best one in eğiddir island
you can swim and fishing as well
do not loose kovada lake and national park it is just 30 minut away

Trip type: Travelled as a couple
See all 38 reviews
Payments made by partners impact the order of prices displayed. Room types may vary.
Nearby Hotels 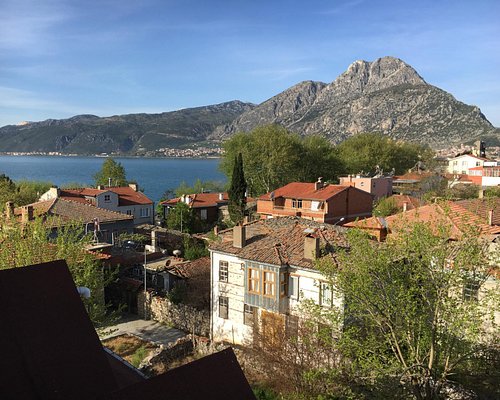 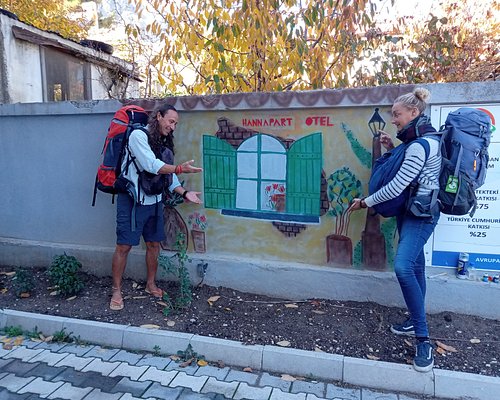 Pros:
The location of the property is wonderful and the surroundings beautiful. The price we paid was really good considering what other properties in the area charge, but more expensive than we paid for any other accommodation in Turkey. The owner was very friendly.
Cons:
The bathroom was very small for a family unit, i can live with that, but the shower was not enclosed so after one person showered the whole bathroom was wet making private dressing afterwards hard. There was a very bright light outside the bedroom window which was troublesome. Very basic features with no glasses, coffee and tea or kettle. Just the addition of these items will already be a great improvement.

This review is the subjective opinion of a Tripadvisor member and not of TripAdvisor LLC.
GabrielG220
Bacau, Romania
2010
Reviewed 29 August 2017 via mobile
Friendly place

If you are passing by, that's the best place to stay.
The place is absolutely amazing; the lake, the restaurants, the buildings.
The pension is quite perfect for one night. Not very big rooms but clean.
The best "thing" about this pension is the owner of the pension and his wife who are genuine kind and friendly. They are absolutely amazing even if they don't speak English.
If you want to taste and live the spirit of Turkey, that's one of the place to go

This review is the subjective opinion of a Tripadvisor member and not of TripAdvisor LLC.
J0J0313
Brighton, United Kingdom
143
Reviewed 4 October 2015
A bit of a walk to the Lake

This pension was not as close to the lake as we thought and is a bit tired, but the owner went out of his way to ensure we were happy and quite frankly he made our short stay very happy, a short walk down the road there are some lovely restaurants and views.

This review is the subjective opinion of a Tripadvisor member and not of TripAdvisor LLC.
RobertL01
London, United Kingdom
95
Reviewed 14 August 2014
Unacceptable

As other reviewers have pointed out, the Pension is managed by the son of the family who is in New Zealand. The parents who run it are lovely, but speak no English. This has lead to many issues.
We were traveling as a family of 4 and I booked 2 rooms via booking.com
1) one of the room we booked via booking.com was given away to other people.
2) this meant that we had the "economy" double room. As other reviewers have pointed out, it is the smallest hotel room for 2 people you could possibly have. There is, literally, no room to put down your bag.
3) we settled the bill on our last day. However, we then received an email from the son, to say we had been undercharged for the 2 rooms, and hence he had charged our credit card via booking.com. However, he charged us for the room that had been given away.
4) when we settled the bill at the hotel, we were told we had to pay cash as the credit card was "not working". I therefore had to run down to the cashpoint (a mile away) to withdraw the money. The additional, inaccurate charge on the credit card was however made the very next day. I clearly had to pay a hefty withdawal fee on the money i got out of the caspoint.
5) when I explained our issues to the son via email, I was told it was my fault that I had not paid the correct amount initially (happy to send the email to anyone who wants to see it).
6) there is no pick up service from the bus station as advertised
7) there is no roof terrace as advertised
8) the room we had was very noisy until late (after 1am) due to the social club that is next door playing Rummikub late into the night
There are many other Pensions in Egirdir, and I wished I had booked one of these instead.

This review is the subjective opinion of a Tripadvisor member and not of TripAdvisor LLC.
bikramb
London, United Kingdom
2317
Reviewed 31 May 2014
Charming, but not ideal

We spent two nights at this family run B&B on Yeshilada island. Paid 90TL for a double but since the place was empty when we reached, we got the large family room with a balcony on the first floor (no lakeview unfortunately!) The room was large and spotless clean, as was the bathroom (it did smell a little damp though). On the downside - the mattresses are not great and there is no AC (although we didn't need one).

The place is run by a friendly and warm elderly couple who speak no English. We had been in touch over email and Hussein offered to pick us up from the bus station. (The pension is about 1.5 km from the bus station and there minibuses are quite rare - so asking for a pick up is the only alternative to a taxi if you have some luggage). The couple are definitely helpful but communication is not easy unless you speak some Turkish - not the place to stay if you need much local information etc.

We had dinner at the pension (43TL for two full grilled local fish, soups, veg and salad - much better flavour, taste and value than 'Big Fish' where we ate the night before).

I chose this place over others given it was a family run B&B, but given that the main draw is the lake, the next time I'd pick a place with a lakeview.

Room tip: The large family room has a street light just outside one of the window. The curtains are not thick enough to block the light out - this could be a problem for some.
Ask bikramb about Sehsuvar Peace Pension
Thank bikramb

This review is the subjective opinion of a Tripadvisor member and not of TripAdvisor LLC.
View more reviews
PreviousNext
123…
<script type='text/javascript' crossorigin='anonymous' async onerror='__scriptLoadE