Food review only: Lovely food in... - Review of Castle Dargan

Booking.comUS$244
PricelineUS$252
eDreamsUS$244
View all 13 deals
Prices are provided by our partners, and reflect nightly room rates, including all taxes and fees known to our partners. Please see our partners for more details.
Payments made by partners impact the order of prices displayed. Room types may vary.
Mary B
Sligo, Ireland
1635

We had a meal this evening and it was really lovely. Good social distancing and lovely, friendly and professional staff. Food was very tasty. Wine was good. I'll definitely be going back and I'll be telling my friends.More

HI Mary, we're glad to hear you had a great time. We look forward to welcoming you back soon. William

Report response as inappropriateThank you. We appreciate your input.
This response is the subjective opinion of the management representative and not of TripAdvisor LLC
See all 1,447 reviews
Payments made by partners impact the order of prices displayed. Room types may vary.
Nearby Hotels 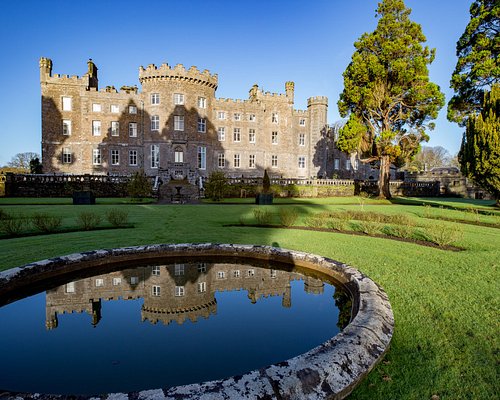 Top Rated
Markree Castle
US$242
Booking.com
View deal
Free cancellation
Tripadvisor
US$232
Hotels.com
Expedia.com
US$232
View all 9 deals from US$232
113 reviews
3.0 km from Castle Dargan
We compared the lowest prices from 9 websites 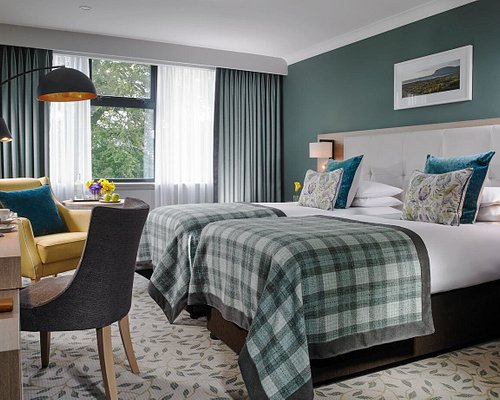 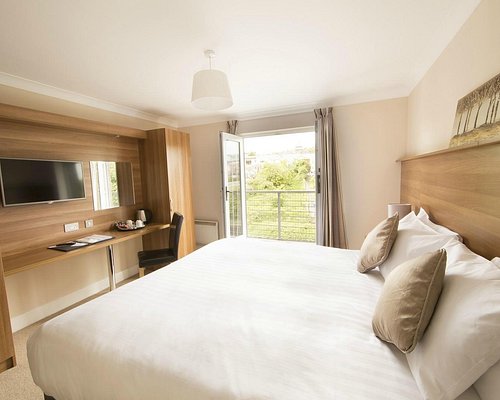 Spent 2 days here. Lovely place. Rooms clean and spacious. Husband and brother in law played golf while my sister in law went and I had a lovely massage in the spa,all included in the price. The staff are lovely and very helpful. We will be back!

Hi KayBelfast, we're glad to hear you had a great time and look forward to welcoming you back in the near future. William

Report response as inappropriateThank you. We appreciate your input.
This response is the subjective opinion of the management representative and not of TripAdvisor LLC
Deexx49
Dublin, Ireland
1537
Reviewed 29 August 2020 via mobile
Avoid

The castle part in the name comes from some ruins somewhere on the grounds. The buildings are completely devoid of any character. The hotel is maybe a one star at best and that’s only because of the friendly staff. I called them to book a room as I was doing so on the day. Went through all the details. Got a callback an hour later as I was practically outside saying they actually had no rooms. Eventually they said they could put us in a 1 bed apartment. When I arrived the receptionist said they use a call centre and it’s nothing to do with them!!! The apartment had spring-loaded doors so that every time you walk through a door it bangs behind you. The real problem is everyone else’s in the apartment block does so as well so it’s actually infuriating after a while. There’s a TV on the wall in the main room that must have been put there in the 70’s. it’s tiny and the picture is grainy. A real throwback to the black and white TV era. Instant coffee and a kettle. Stains on the couch. The glass in the bedroom window was cracked right across. The restaurant isn’t open(not sure it ever was) so it’s bar food all the way. Yuck, avoid.

Thanks for taking the time to review your stay with us. It's unfortunate that it didn't meet your expectations

Report response as inappropriateThank you. We appreciate your input.
This response is the subjective opinion of the management representative and not of TripAdvisor LLC
B3038EIjonathanw
2
Reviewed 25 August 2020 via mobile
Relaxing Castle Dargan

We really enjoyed our stay in Castle Dargan. In these Covid times we were looking for a small hotel, wonderful walks and excellent service Castle Dargan achieved full marks on all. As it’s a small hotel with numerous dining areas we felt safe and not at risk. We will be back.

We're glad to hear you enjoyed your stay at Castle Dargan Estate. We look forward to welcoming you back again soon.

Report response as inappropriateThank you. We appreciate your input.
This response is the subjective opinion of the management representative and not of TripAdvisor LLC
DecMayo
charlestown mayo
7966
Reviewed 25 August 2020 via mobile
Was expecting more !!

Stayed for a one night get away for dinner, bed and breakfast at Castle Dargen. Check in was friendly and efficient. The bar food area could do with a touch up. We were both looking forward to dinner in your dining room but unfortunately the dining room was reserved for couples attending a wedding fair and could not be availed of by other guests which was a let down and instead had dinner off the main bar and the menu was the same "bar food" from earlier. Breakfast was served in the dining room by friendly staff and was delicious !! The rooms were comfortable and ticked all the boxes - however House keeping should look at the state of carpet stains in certain rooms which is quite off putting !! The Hotel is set in a lovely location but probably needs a wee bit of fine tuning inside in these strange times !!! I'm not a complainer but hope my comments are constructive rather than derogatory. Hope to be back someday !!

Thanks for taking the time to review your stay.

I do apologise that you couldn't avail of our Hall Door Restaurant on this visit. Our menus are reduced currently due to COVID restrictions but we hope to get back to offering all our menus in the near future.

Report response as inappropriateThank you. We appreciate your input.
This response is the subjective opinion of the management representative and not of TripAdvisor LLC
Clare M
Ireland
6330
Reviewed 15 August 2020
Nice and relaxing stay

Stayed for one night in castle dargan we had a lovely stay from start to finish..nice clean spacious room.beautiful evening meal and breakfast. Location super.staff all very nice and helpful. Only short drive into sligo. I'd highly recommend castle dargan.

We're glad to hear you enjoyed your stay at Castle Dargan Estate.

Report response as inappropriateThank you. We appreciate your input.
This response is the subjective opinion of the management representative and not of TripAdvisor LLC
View more reviews
PreviousNext
1…345…