US$79
US$25
View deal
Free cancellation until 02/10/21
Expedia.comUS$37
PricelineUS$27
FindHotelUS$79
View all 14 deals
Prices are provided by our partners, and reflect nightly room rates, including all taxes and fees known to our partners. Please see our partners for more details.
Payments made by partners impact the order of prices displayed. Room types may vary.
keegan_9
Istanbul, Turkey
324187

I was very impressed by the Lantana and I consider it great value for the money. The room was excellent. It had been decorated recently and there was a nice view from the balcony. The bed was very big and the TV was good with plenty of channels including all the sports. The staff were first-class.Breakfast is included and was served in the garden. The was a good choice and the staff were first-class. I can recommend this place high enough. It is situated a bit outside the hustle and bustle of central Pattaya which for us was a good thing. It cost 25p to get to the nightlife but there are still plenty of action within walking distance. It has a brilliant swimming pool also. The bathroom is small but it serves the purpose. All in all we give this high marks and would definitely stay here again.More

Show less
Room tip: The rooms are covered by security but you can get a security box in reception. We stayed on the firth floor and it was perfect.
See all 71 reviews
Payments made by partners impact the order of prices displayed. Room types may vary.
Nearby Hotels 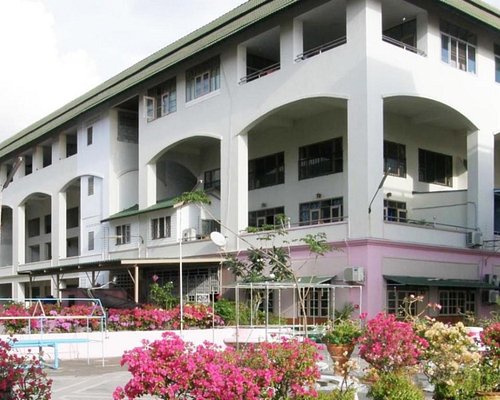 Hotels.com
View deal
Priceline
Agoda.com
US$23
ZenHotels.com
View all 13 deals from US$23
314 reviews
3.3 km from Lantana Pattaya Hotel & Resort
We compared the lowest prices from 13 websites Hotels.com
View deal
Booking.com
US$68
Agoda.com
US$55
Prestigia.com
US$73
View all 14 deals from US$55
31 reviews
2.2 km from Lantana Pattaya Hotel & Resort
We compared the lowest prices from 14 websites
Baron Beach Hotel

Hotels.com
View deal
Expedia.com
US$35
Agoda.com
US$30
Booking.com
US$31
View all 12 deals from US$30
415 reviews
3.7 km from Lantana Pattaya Hotel & Resort
We compared the lowest prices from 12 websites
Sponsored
Baron Beach Hotel
US$30

I was terrible with foul smell in my room. A bath room is too small. Swimming pool is also. I ask reciption about foul smell. She told that she known that the problem was occur. I don't know why she didnt correct. Until I solve with air refresher myself. Service was terrible too.

This review is the subjective opinion of a Tripadvisor member and not of TripAdvisor LLC.
ikibana
Bangkok, Thailand
1310
Reviewed 23 September 2011
Pleasantly Surprised

A group of us made reservations at Lantana for a weekend in June 2011 to celebrate a friend's birthday. We got about 50% off the original price per room/night. Since the deal was too good, we were certain that something would be out of the "ordinary."

We made it to the hotel from Bangkok in good time. The hotel definitely looked like it went through recent major refurbishment. When we were pulling in, we noticed renovation works still going on at the ground level of the hotel (no wonder the 50% off). One of the attendants guided our cars to the parking lot. The parking lot was behind the hotel, and it was surrounded by several other buildings (which we later found out were other hotels). Apparently, all these hotels, including Lantana, shared one parking lot.

Prior to our trip, we checked out pictures of the hotel and were quite impressed with the pool. Turned out that the parking lot was not the only thing shared between the hotels, the swimming pool was a communal pool too, as other guests from other hotels came by for a dip.

On the flip side, the rooms of the hotel were quite pleasant. Having been recently renovated, the rooms were quite modern. However, remnants of what used to be in the room could be seen in the bathroom. The bathroom had a somewhat transparent wall (made of glass blocks). In the bathroom were the shower and the toilet, senza the sink. The sink was conveniently placed outside of the bathroom. Odd, but definitely added a twist to the funky design. Other furnishings and finishes were all new (bed was still rather hard but pillows were excellent!).

Note that this hotel is quite a distance from the major parts of Pattaya. Thankfully the owner of the hotel could speak English fluently and gave us good directions. I felt that the price (without the discount) would be a little way off due to its location. However, Lantana would be ideal if you're looking for a quiet hotel with clean and modern rooms.