Hotel Capo di Stella
Lowest prices for your stay
Lock in the lowest price from these sites
US$242
Reserve now, pay at stay
View deal
TripadvisorUS$242
Orbitz.com
Hotels.comUS$242
Expedia.comUS$242
eDreamsUS$242
CheapTicketsUS$242
View all 13 deals
Prices are provided by our partners, and reflect nightly room rates, including all taxes and fees known to our partners. Please see our partners for more details.
Payments made by partners impact the order of prices displayed. Room types may vary.
Ryan B
1123

Great value in the off season

Sprawling hotel overlooking the beach, location makes dining out in nearby communities feasible. Rooms were dated but clean, good size and large balcony with a view of the beach. We stayed in the off season and only saw a few other guests, but were treated well by the staff who provided recommendations for dining out and seeing sights.

See all 187 reviews
Payments made by partners impact the order of prices displayed. Room types may vary.
Nearby Hotels 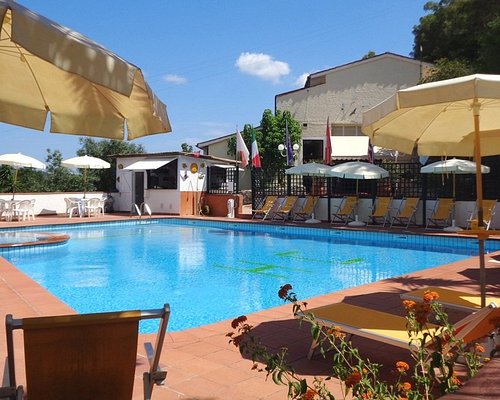 All Inclusive
Uappala Hotel Lacona
US$189
US$182
Booking.com
View deal
Free cancellation
Hotels.com
US$189
Expedia.com
US$189
eDreams
US$182
View all 12 deals from US$182
930 reviews
0.7 km from Hotel Capo di Stella
We compared the lowest prices from 12 websites 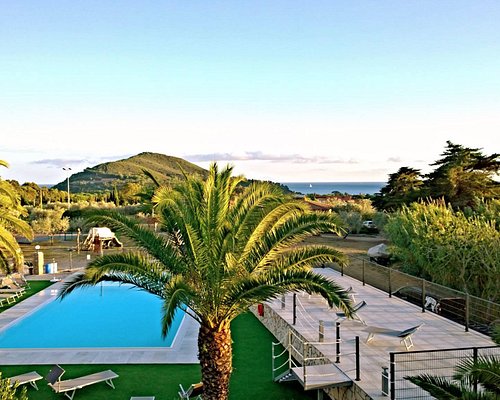 This hotel has an amazing view, great price, and very friendly. It was a simple room, but when you are traveling to explore the island it was great, especially with air conditioning! The bed was a little hard and was two twins pushed together , but they supplied extra pillows.

This review is the subjective opinion of a TripAdvisor member and not of TripAdvisor LLC
Wilhelm_Backman
Gothenburg, Sweden
64
Reviewed 22 May 2014 via mobile
Friendly staff but..

The room was a little dirty and very cold. The bed was very hard. The bathroom was very humid and even more dirty (for example several spiderwebs). The water tastes really bad, don't drink it!
The staff was very friendly and helpful, especially in the restaurant. Good breakfast.
Nice and clean pool and amazing view from the hotel.

This review is the subjective opinion of a TripAdvisor member and not of TripAdvisor LLC
heidimV9585MJ
Somme, France
55
Reviewed 12 August 2012
Avoid

We booked hotel Capo di Stella from4-8 August 2012, but left after 1 night. This outdated hotel is not worth it's 3 stars. The price (we paid 80EUR/person/night) is far too high for the very small and old rooms with malfunctioning sanitary (leaking and rusty).
The only good thing about the hotel is a splendid view on the sea and underlying bay from the restaurant (and apparently from some of the more expensive rooms), however we received a table in a dark room at the back of the restaurant without any view.
If you go to Elba, choose the other side of the island around Portoferraio or the national park, where you will find more peace and nature instead of campings and disco's.

This review is the subjective opinion of a TripAdvisor member and not of TripAdvisor LLC
seanaquane
Ballybunion, Ireland
32
Reviewed 17 July 2010
avoid

We visited Hotel Capo di Stella in July, after booking it online in a rush. It said it was a 4star, but when we got there it was actually a 3 star, and that was pushing it a bit. Positives first-it has a beautiful view, but everything else put a dampener on that.

We paid €110 per night, our room just barely contained our bed, bags and ourselves. The shower was not inclosed and water got everywhere, the towels were like tea cloths. The balcony was only half a foot wide, so we couldn't sit out and enjoy the famous view on our balcony-which we paid extra money for. Nobody spoke English-I know that's not their problem, but when they shout at you in the restaurant it's very confusing.
Don't get me started about breakfast, stale rolls and ham. One day they had cheese and one type of pastry. Coffee was nice, juice was saccharine.
The pool looks great in the picture, but it's way smaller in real life. To get to the beaches or other restaurants you have to walk down a vertical gravelly path-and it's torture-especially coming back up in the dark, as they have no lighting and it's quite scary.
The receptionist accused me of stealing my credit card upon arrival-after dragging our suitcases up the 600m path (not 350m as advertised)
It also advertises wifi, but she said they didn't have any internet. Eventually she said they did have internet but she would check with the director if we could use it. She never came back to us.

On our last day, my boyfriend queried the cost of a taxi or bus times to the port to go home. She said €30 for a taxi or €2 for the bus, both leaving at 2.50 when he went to tell her he didn't need a taxi in that case she started screaming that the taxi would be there in 5 minutes and we had to go as we had booked it. Psychotic really, we did take the taxi and it was only €20. We just wanted the fastest way out of there.
Oh and there was no lighting outside our door, the key was really big and hard to open the door in the dark. The bed was a foam fold out bed and we are both really tall and had back ache for that time.

Just a quick note re: Lacona Beach, it's a real Italian holiday destination, nobody had English and we did enjoy ourselves outside of the hotel. There is a lovely restaurant at the foot of the hill going up to Capo di Stela, and the chef was really friendly, as were the waitresses. And the beaches were beautiful.