Travelocity
Orbitz.com
Expedia.comUS$131
View all 19 deals
Prices are provided by our partners, and reflect nightly room rates, including all taxes and fees known to our partners. Please see our partners for more details.
Payments made by partners impact the order of prices displayed. Room types may vary.
Manchag
London, United Kingdom
3914

Great staff, very well organised. Lovely pool and spa facilities which is exactly why we chose this hotel for.. The food was good, and although the restaurant closes early, food can be ordered from the bar, which is next to the restaurant, so it feels like it's all part of the same. The breakfast is very abundant and tasty. Rooms are all brand new. It was a very good deal.

Trip type: Travelled as a couple
See all 1,484 reviews
Payments made by partners impact the order of prices displayed. Room types may vary.
Nearby Hotels 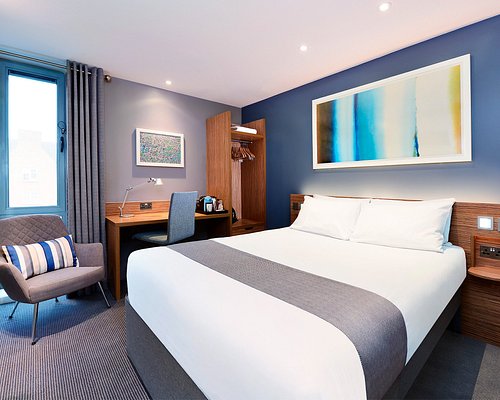 Travelodge Winnersh Triangle
US$51
Tripadvisor
View deal
Pay up to 12X
Travelocity
Hotels.com
Orbitz.com
View all 10 deals from US$51
569 reviews
0.2 km from Crowne Plaza Reading East
We compared the lowest prices from 10 websites 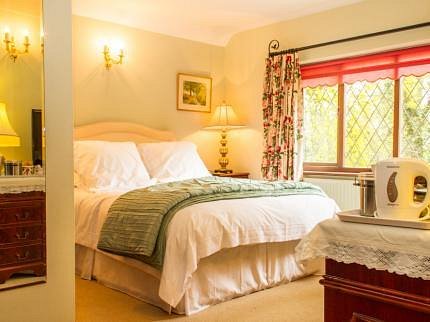 Visited with a friend for overnight spa stay. Fantastic value for money for 2 treatments each, room and 3 course evening meal and breakfast included. Free parking garage. Use of pool, steam room, sauna and a well equipped gym (we didn't use the gym) included. Everywhere was very clean, mask policies in use, social distancing and it felt safe; we are nurses so this was very important. The food was fabulous and every single staff member was friendly and helpful. Such a lovely stay, we will be back and definitely recommend. Thank you!

I booked the hotel back in December, due to restrictions I booked the earliest date I could once opened. Cleanliness was great, antibacterial stations spotted around which made me feel safe and everyone wearing masks. The staff were fabulous, always friendly and rushed off their feet, everyone chipping in to help out each other was fantastic to see. Great team work amongst the staff, felt sorry for them as I see on the news that lots of people have left hospitality to work elsewhere leaving the hotel to run on skeleton crew. This should not put you off, the staff try their best for you and are always happy to help. You have to wait a little bit longer than usual but until the industry is back on its feet properly that's just how it is. I can not wait to stay again, love the poolside service its my favourite thing about the hotel. Plus the staff are just fantastic and help make a pleasant stay. I do recomend this place to anyone and everyone that has patience and can appreciate hard workers doing their very best.

Not one to normally complain I have been forced to do so as I have just experienced a catalogue of disappointments during a spa break at your hotel on 22 May 2021.

First of all I booked a spa break back in March with Holiday Inn for myself and 5 guests to celebrate my birthday and also for a small hen party gathering as I’m getting married in June. I booked for the first weekend after hotels were allowed to re-open.
1. I booked 3 twin rooms for your spa break deal. The reservations colleague only had two bookings; there was some confusion over names, although all three were booked in my name and all the guests names were emailed over as requested quite a while ago;
2. Despite the booking confirmation being clear, two of the twin rooms were made up as doubles, housekeeping had to change them;
3. During our treatments, three of us had a little window of opportunity to get a much needed cup of tea, we approached the bar and was told, very abruptly, that we couldn’t order there as it was table service only, we sat down, but no one came over and we left, 20 minutes or so later, thirsty, as we needed to get back to the spa;
4. The event manager, Hayley, sent me, by email, the menu in order for us make our choices ahead of our visit. I sent these back promptly. We had one vegan in our party.
5. Our dinner reservation was for 8:30pm, we arrived on time and we were shown to our table, first impressions were very good, and we liked the name cards, showing our orders. We ordered two bottles of wine and some water, the water arrived promptly. After thirty minutes we chased up the wine but was told by a surly waitress that the bar staff were busy making cocktails and we would receive our wine when they had time. We couldn’t understand that grabbing two bottles from a fridge was such a chore and would have been a quick win. We received our wine after 45 minutes and we had finished our starters;
6. Our vegan party member, despite pre-order and noted on her name card, was told that her choice of soup was not vegan that night and she could have the super salad, which being easy going she said that would be fine, however there was no dressing and she was also having broccoli for her main so was disappointed;
7. No members of staff checked on us or asked if we wanted any more drinks. Our main meal took an hour and a half to arrive, one of our party was so hungry I got some crisps from our room, alongside a bottle of soft drink as there was little point in asking the grumpy waitress for service, we ended up sharing our crisps with another couple sitting near us, who were also getting very fed up with the wait for their food;
8. The atmosphere in the restaurant was one of desperation and disappointment with every table returning food or complaining about the wait, none of the staff seemed happy in their job and no one was particularly interested in customer service;
9. Our desserts arrived, eventually, and like the main course this was only when chased up. I queried where the chocolate ‘soil’ was on the fruit dish I was told rudely there isn’t any;
10. We would have ordered more wine, cocktails and coffee but the wait would have meant us staying there so long, it is usual for restaurants to make their profit on these items and were very surprised that this wasn’t of interest to the ever disengaged staff. One waitress did try to make us feel welcome but she said herself she was on furlough and normally worked week day breakfast shift but was told to come in for the weekend, not sure if the fact she was furloughed is legal for her to be working? It was blatantly obvious that the management have made a decision to save money but not employing enough staff and those who were there had given up trying to provide a service and cover for shortages;
11. There was no duty manager, we were told that they only work weekdays, which seems a little useless as businesses aren’t in need of a hotel at the moment but the weekends are now busier and that is when they are needed. I understand Fiona was given the duty manager role but with no authority. I was concerned that should an emergency occur there would be no one senior enough to take responsibility ;
12. The bar manager was not running an efficient service, in fact he scuttled away into a room behind the bar when he saw that customers where getting restless and complaints started coming in;
13. When we arrived for breakfast on Sunday morning the restaurant floor was upswept and still had broccoli on it from the night before;
Spa
14. The spa treatments on the whole were very good and we felt relaxed, however we would like to make a couple of points;
a. Manicures –please could you provide chairs as the two guests having these were very uncomfortable having to lay down
b. A larger selection of nail polishes would be welcome
c. The ‘pool store’ converted to a treatment room isn’t ideal as its not relaxing especially when children are playing loudly in the pool. After a foot treatment you have to make your way on a wet slippery pool side, which could be dangerous with the oil residue still on your feet
This spa break was a celebration and I was very disappointed, I felt although we made the best of it and had to laugh really, it wasn’t the relaxing chill out weekend I had envisaged. I feel that having to wait so long for our wine we should at least have this free of charge as compensation, something Fiona was willing to do however she didn’t have the authority.

We would like to praise Fiona, she was very friendly and helpful although her hands are tied and isn’t able to make management decisions on behalf of the hotel. Asanthi is incredibly hard working and she stepped in to perform many roles during the weekend. Both go over their pay scale and should be cherished and rewarded. The hotel may have had a redecoration programme following on from the Crowne Plaza take over, but you really need to invest in staff as they can make a hotel stay a memorable one, and I assume you would prefer guests having good memories!

Room tip: Check you have a twin when you have booked one
Ask SJPep about Crowne Plaza Reading East
1  Thank SJPep

This review is the subjective opinion of a TripAdvisor member and not of TripAdvisor LLC
adamhilton1981
1
Reviewed 29 April 2021
Great value for money, Highly recommend

Very Clean hotel, from top to bottom, made to feel so welcome on arrival,
Staff very helpful and very friendly.
on site carpark under hotel is great.
Amazing swimming pool.
Best nights sleep i have had a while.
I would 100% stay again

We are so appreciative of your wonderful feedback and thank you very much for choosing our hotel for your recent stay.

There is nothing more rewarding than having guests who enjoy every aspect of their stay and we are most grateful for your sharing your positive experience on tripadvisor.

We look forward to your next visit

Report response as inappropriateThank you. We appreciate your input.
This response is the subjective opinion of the management representative and not of TripAdvisor LLC
K8686GBjennyl
Nottingham, United Kingdom
4
Reviewed 26 January 2021
Poor customer service - hotel closed with no refund

The hotel informed me it would be closed for my reservation dates due to Covid-19, and that I would need to reschedule my stay. I went along with this on the first occasion, however they then closed again on my rescheduled dates and have refused to give me a refund. Really poor customer service and zero goodwill on their behalf. Don't book until after the pandemic is totally over, as you won't get your money back if it is closed!

I appreciate you for sharing your review about your recent stay.

I am very sorry that you did not experience an exemplary hotel stay because of the level of service you have received. On behalf of our hotel I apologize for any inconvenience you might have experienced. I have sent you a private message to reaffirm my apologies.

I very much hope that you will grant us the opportunity to prove ourselves again.