Booking.com
StayForLong
Hurb
View all 13 deals
Prices are provided by our partners, and reflect nightly room rates, including all taxes and fees known to our partners. Please see our partners for more details.
Payments made by partners impact the order of prices displayed. Room types may vary.
Aromdee
Bangkok/Zurich/London
11060

A clean resort away from it all, very large area, a fantastic lap pool and great water sports facilities. Perhaps a little too well organised but possibly great for parents with children who will be entertained – though the loud music around the playground and the pool may not suit everyone’s taste neither did the loud voices of the animation staff go well with a tranquil vacation stay. The place is super clean and well cared for and maintained, however, forget about Internet access (even in the areas so designed).
Besides all the good things to say about Torre Oliva and the friendly staff we got put off by the dinner arrangement which is strictly regulated within a tight time frame – very much like a boarding school. You sit at your assigned table, eat and go. No lingering for a pleasurable pause for coffee after the meal.More

Show less
Room tip: chose a room with a sea view
See all 598 reviews
Payments made by partners impact the order of prices displayed. Room types may vary.
Nearby Hotels

Hotels.com
View deal
eDreams
Expedia.com
US$81
Travelocity
View all 11 deals from US$81
14 reviews
0.1 km from Hotel Torre Oliva
We compared the lowest prices from 11 websites 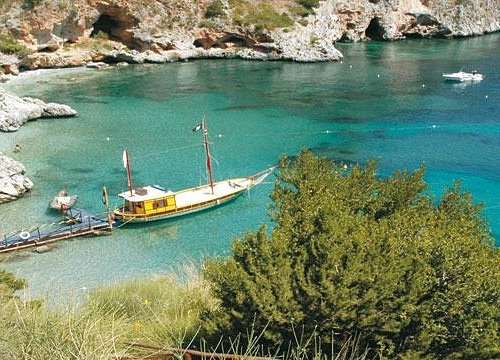 We (my 6 year old daughter, my husband and I) stayed at Torre Oliva for 5 night in September during our trip to Italy. We had a fantastic vacation!!!! It is a small, beautiful, clean resort with a great, very friendly staff, lovely grounds covered with old olive trees and beautiful beach. The food was great, no complaints, the staff everywhere went above and beyond. Entertainment team was amazing. I would like to thank resort staff for making our vacation great, especially, receptionists, mini club teachers and a restaurant manager.
Some tips for travellers, especially Canadians/Americans:
It was our first time at a European resort. We usually stay at Caribbean all-inclusive resorts. Tip: do not compare, they are different.
Resort is about 4 hours drive from Rome on a highway. The road is safe, toll was 16 euros one way. Our plan was to explore Italy and it worked for us.
Resort: most people on a resort were seniors and families with kids. It was nice and relaxing.
Only a few staff spoke English, but we did not have any problems. Those who spoke English helped us a lot.
Food: we purchased half board and planned to have lunches at local restaurants. It was a mistake. We went to one restaurant in Sapri – Pupa Rosticceria Pizzetteria and got grilled chicken with feathers, lasagna with eggs, pizza and a bottle of beer. The only thing that was good – beer. We did not actually eat and they charged us 28 euros at the end.
Note: Italian breakfast is not like American continental breakfast. They serve light breakfast with coffee, yogurts, fruits and baked sweets.
The area around a resort is beautiful. We went (drove) to the little town that is on the top of a mount. The view was astonishing. The name of a town is Montesano Sulla Marcellana.
Overall, we had a fantastic trip. Thanks everyone who helped us to have it. Pictures attached.

Torre Oliva is a very well kept and organized hotell. The staff is professional and friendly, and there are many guest who returs year after year. We have been at Torre Oliva for four years and appreciate it very much. Personally I love the swimming pool since I like to excercise as much as possible during my vacation. The vicinity to the sea is also crucial. The resturant is excellent. The staff spends much time cleaning the place so it is very fresch and nice.

Areas of improvement: 1) the swimming pool opening time. opens at 9.00 and closes at 19.00. It would be a considerable improvement if it could open up att 7.00 or 8.00 a clock, since you could indisturbed from kids playing in the pool. 2) a small gym would not cost much to install, but would definitely give an extra plus for the ever growing category of guests who would like to be active during the vacations. 3) the resturant is excellent, but breakfast could be improved. Cornetti is not a non italians favourite breakdast in the morning. 5) the beds. This in not a typical Torre Oliva Problem. It seems tha very few hotels in Italy undestands the importance of providing the guest a good night sleep in a decent (not hard as wood) bed. 6) the activities during the evening are very focused on the younger audience (kids & teenagers). Some years ago the musicians Via Toledo were playing typical Italian folk songs! Fantastic exprience. Jazz music could be played at some areas in the great / large establishment during the evening. 7) in the TV salong it would be advised to install a projector or a big screen tv and more comfortable chairs. To sum up. Torre Oliva is a great place to stay, and it has the potential to go from "good to "great" with some spirit of innovation and thinking a little bit on how to satisfy the various categories of clients.

This review is the subjective opinion of a TripAdvisor member and not of TripAdvisor LLC
pieter v
Helvoirt, The Netherlands
1210
Reviewed 20 August 2013
Lovely family vacation in Torre Oliva

Torre Oliva is a 4 star hotel/resort between Scario an Policastro in Cilento. It has a private beach with all facilities and there are a lot of activities like windsurfing, tennis, gymnastics, table tennis etc.
A wonderful place for couples and families and groups to stay. You can book this hotel through www.casabellacilento.nl and find more info and pictures. For an active holiday. it is also very well situated to visit the national park, beautiful villages in the surroundings and the city of Sapri.

When we arrived at the Hotel Torre Oliva, we had a shock. It was like stepping into a time warp: alminium window frames, bottle green tiles, mirrors. Half-expected Bridget Bardot to emerge from the pool. Also, we had set our hearts on dinner outside with views over the bay. Not so. Every evening (except one) in an air-conditioned dining room. The showers in the bed rooms were also from another era. However, after a while the little things that gnawed away subsidided and you focus on the positives, of which there are many. Super friendly staff (although knowledge of Italian is a plus). Great food. Even the dining room grows on you as it becomes a hub of noise and energy in the evening. Tremendous views over the bay. Uncluttered beach, even in August. Wonderful pool. Great situation for visiting the national park of Cilento and beautiful towns like San Giovanni a Piro, Scario and Maratea. We went with two kids (10 and 12) and they loved it. Both were playing football until early evening (thanks Francesco!). This was close to the perfect family holiday and we would definitely recommend this place to anyone who is travelling to the region. With luck, we'll be back!

This review is the subjective opinion of a TripAdvisor member and not of TripAdvisor LLC
settecento
Campagnano di Roma, Italy
49202
Reviewed 18 September 2009
Fine hotel for a perfect vacation

We arrived at Scario late on a Friday afternoon, 4 Sept. We liked what we saw, and began searching for a place to stay for the weekend. A short drive brought us to the Torre Oliva locality where we found this beautiful four star hotel of the same name. A quick look around convinced us this was it! and hopefully there would be a room available. As it turned out there was only one room and we took it sight unseen.
The Torre Oliva is an older hotel, 1970's I believe, but very well maintained and surrounded by beautiful grounds with ancient olive trees, plants and flowers and lawns. It's located right on the Gulf of Policastro, about one km. east of the town of Scario, which in turn is located roughly between Palinuro and Sapri. Fronting the hotel is its beach which appears to be man-made, in that hundreds of huge boulders had been pushed into the sea and the area behind them filled with crushed gravel. These boulders had formed four little promontories allowing to sea to create coves inbetween them for shallow water bathing. On two of the promontories piers had been installed for diving or jumping into deeper water. The gravel beach itself is lined with several rows of sun loungers with umbrellas. Also available for the guests are various kayaks, peddleboats, etc. There were three lifeguards always on duty.
Behind the beach is a large pool, an outside bar, a covered area for animation activities, tennis courts, miniclub for the children, etc. The hotel has a numerous staff, which appear to work together very well and are very attentive to the needs of the guests.
The hotel guests were almost all Italians, with two or three families of Germans and Brits.
Our first room was number 214 which was nice, but had only a window that looked out on the parking lot. Noise from the road beyond was mildly bothersome. Short of this it was quite comfortable, aside from the pillows which were very heavy and hard (they were the same throughout the hotel) as if they were packed with sand.
The second day we decided that if a superior room became available we would stay longer. On Sunday, Signora Paola, the manager, informed us that the next day we could have a room with terrace overlooking the pool. It was fine with us and we booked for another seven days. The second room was number 227 which had a divan, dresser, and as I said a small covered terrace. It was also larger than the first so we were quite happy. We came intending to stay a weekend and remained for ten days.
Mosquito level: Zero. A few wasps on the beach but not a single mosquito around. Amazing!
Food: We opted for full pension and ate three very good meals each day. Breakfast was pretty standard while there were plenty of choices available for lunch and dinner - always choices of two first courses and two seconds, preceded by some excellent antipasto choices and followed by a nice dessert (or fruit or ice cream). Franco the maitre was great and our waitress Caterina very friendly and attentive. The other restaurant staff members were also wonderful and I compliment them all!
We did not participate in the animation activities, preferring more restful holiday activities. One of the few negatives we experienced was the loud voices of the animation staff, enhanced by loud speakers at high volume. For those guests like ourselves it would have been better for something more soft, especially the period after lunch when a little siesta would be in order. On certain evenings the entertainment went on well after midnight, disturbing anyone trying to sleep.
Costs: The room and full pension cost us €68 a person, plus a little extra for the superior room, and minus 10% for me being over 60. In short it was an inexpensive holiday for all that we received.
Internet was available at the Reception for one euro every 30 minutes. There was also a store which sold beach things, books, magazines and daily newspapers.