US$130
View deal
Free cancellation until 22/04/21
Reserve now, pay at stay
Booking.comUS$126
eDreamsUS$126
FindHotelUS$130
View all 13 deals
Prices are provided by our partners, and reflect nightly room rates, including all taxes and fees known to our partners. Please see our partners for more details.
Payments made by partners impact the order of prices displayed. Room types may vary.
JDooow
11

Don't expect anything great except location

Staff:
Half do not speak anything but italian (somewhat ok and expected in Italy). However when one of the staff tells a client "I'm the boss here" when asked a question, this is beyond language barrier. 1/5

Room:
Room ok, AC working however the bathroom is so small a weird gymnastic is needed around the door and the sink to access the toilets. Bed is rock hard (no problem for me but might be depending on what you like) 2/5

Service:
Never ate at the restaurant in the evening because of the waiting staff so I cant comment. Nonetheless, our rooms were getting cleaned at around 14h. Seems weird. 3/5

Overall:
Will not be coming back, a shame ! The hotel has some potential.

Last unpleasant note: if you eat in the room, you'll be charged extra.More

Show less
Trip type: Travelled as a couple
See all 167 reviews
Payments made by partners impact the order of prices displayed. Room types may vary.
Nearby Hotels 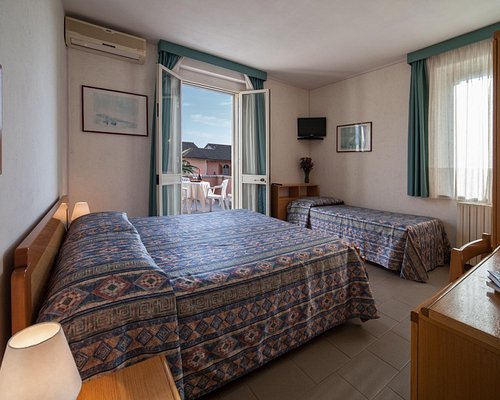 Top Rated
Villa Tirreno
US$104
Booking.com
View deal
Free cancellation
Priceline
US$104
eDreams
US$104
Agoda.com
US$104
View all 13 deals from US$104
139 reviews
0.1 km from Hotel Alta la Vista
We compared the lowest prices from 13 websites 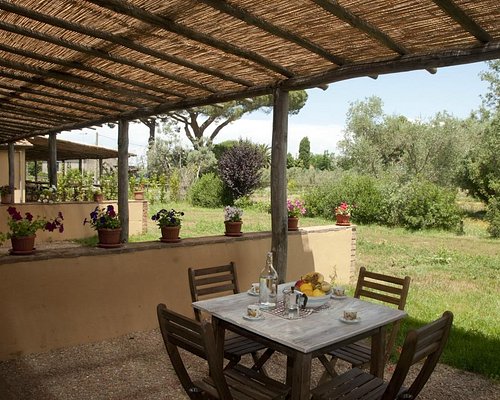 Hotels.com
View deal
Booking.com
US$80
Agoda.com
US$74
Lol.travel
US$88
View all 13 deals from US$74
247 reviews
3.7 km from Hotel Alta la Vista
We compared the lowest prices from 13 websites 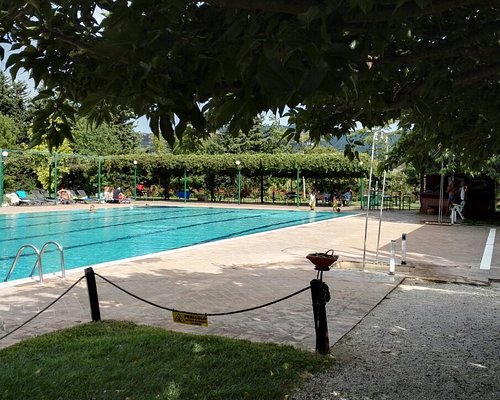 Campastrello Sport Residence Hotel
US$165
Booking.com
View deal
Priceline
US$165
eDreams
US$165
Agoda.com
US$165
View all 7 deals from US$165
203 reviews
4.2 km from Hotel Alta la Vista
We compared the lowest prices from 7 websites
Residenza Santa Cecilia
US$176
US$149

I start with the only positive thing: watching the sunset from the terrace .. and that's it
Negative the much more:
Bathing little in the toilet sitting in the foot in the shower because the place is so small
the climate is loud and very dirty unhealthy
every room on the terrace door loudly loud that we heard of the beach when a door opened in the hotel
the chair that is on the patio with UV rays disintegrated on swimsuit and itched our skin
WIFI did not work all week
TV channel is only German language and bad signal
the morning's awful sweet bakery and two kinds of ham and a cheese with no vegetable yogurt in cheap quality
scrambled eggs to pay extra
I do not recommend paying anyone so much money for the disadvantageous accommodation it is not worth it!
at reception we reported the problem they lied they did not know about them. while people in front of us have already indicated these problems!
Change, repair nothing! Outrageous!!

This review is the subjective opinion of a TripAdvisor member and not of TripAdvisor LLC
Tinneke B
23
Reviewed 17 August 2018
Overpriced hotel! Pictures on the site are not what you get.

When we arrived at the hotel we were told that there was a problem with the airco in our room. We were offered another room, normally for handicapped people. We accepted as no working airco was not acceptable with temps going to 40 degrees celsius. We went to have dinner and a walk and upon returning, we discovered the wifi did not work at all! The next day, we complained to the very friendly reception lady who arranged us a room at hotel boutique carolina...
None of the outdoor suites had the view that was presented on the site. All these rooms had no windows. The window was the door...

This review is the subjective opinion of a TripAdvisor member and not of TripAdvisor LLC
F_Reds_1977
New Cairo City, Egypt
17862
Reviewed 5 August 2018 via mobile
Average

The rooms are recently refurbished and look nice. The disappointment is the price when compared to the service. Rooms are very small, toiletries are minimal. The worst thing are the extras at breakfast... If you want a coffe or a cappuccino from the bar is extra! You have to live with the automatic coffe machine... This is ridiculous in Italia.
In a nutshell, everything seems done to make money not for customers satisfaction, which is not what you expect from a small 15-room hotel.
Ah.... Forget also to receive an offer or discount if you decide to have dinner at the hotel restaurant.

This review is the subjective opinion of a TripAdvisor member and not of TripAdvisor LLC
MissGT81
Winterswijk, The Netherlands
319
Reviewed 27 July 2017 via mobile
Overall fine but not great

The hotel is situated at the beach, simply walk outside and enjoy the seaside. The beach itself has many 'private' sections, which simply means you have to pay for beds and an umbrella (hotel has no private section). However, there are also public sections in between those private areas. It is a sandy beach.
The room was of a decent size, bathroom was rather small, but fine. The breakfast was somewhat limited to those who like some savoury stuff in the morning, sweets aplenty. Special 'egg'-stuff cost extra (soft boiled, scrambled to name a few).
We did not eat at the hotel's restaurant, so no comments on that. There are plenty of restaurants around, varying from pizza to full-on seafood. Quality varies.

This review is the subjective opinion of a TripAdvisor member and not of TripAdvisor LLC
Lal6661
West Sussex
9499
Reviewed 4 November 2016
Not Sure.....

It's an odd one this one. Firstly, the rooms are lovely and very clean. The shower is spacious with plenty of hot water. We stayed in room 114 with a balcony overlooking the beach which was lovely. We went out of season so it was still quite warm but no crowds on the beach. When you walk through the door to the hotel there is a small "foyer" with a desk where the receptionist sits (as far as I could see she works office hours as she was never there when we returned from sightseeing). The lifts are round the corner, and that is the ground floor! Meals are served in the separate restaurant next door, although there is an adjoining door. There is a lift, but if you take the stairs the lights come on automatically which is good. As I say, the room is lovely, but there is a special corner of hell reserved for the mattress/pillow combo! The mattress is bone-crushingly hard, and the 4 inch granite block that was slipped inside a pillow case was no better. In the end I gave up and rested my head on a folded sweatshirt. We spent most of the day dreading the night, and most of the night longing for daytime. On the Sunday we woke to find that the restaurant was closed in preparation for a wedding. We were given a slip of paper on which was printed the name of a patisserie and told we could get something there. Except that there was no address on the slip. We assumed it would be within walking distance. Not a bit of it. Eventually we discovered that our breakfast was to be found 3KM away! This was not a problem for us as we had a hire car, but I'm not sure that the other guests was that lucky. The receptionist, unable to speak English (the only day there was a non-English speaking receptionist) could not tell us how to find this place. We set off in search of somewhere - anywhere - to eat, and amazingly we found said patisserie! We were clearly the first/only guest to have found it because we were met with blank looks and confusion until one girl explained it to her colleagues. We were allowed one cup of coffee each and one sweet pastry, and there was consternation when we insisted on a savoury to share. Having said that the breakfast at the hotel on every other day was a delight of croissants, brioche rolls, fruit, cereals - anything you could want all beautifully laid out. The people in the restaurant don't speak English, but you can muddle through. There is no kettle in the room, and the toiletries are poor - a couple of sachets of non-descript shower gel/shampoo. We bought toiletries locally. So all in all not cheap as we presumably paid extra for the balcony, but clean and functional. And perfect for lovers of rock-hard beds. Not much to do in the area out of season, but we went for sightseeing and used the hotel as a base, so that was fine for us. Would I stay again? Well, my husband's back is just about getting back to normal and my shoulders are still a bit stiff, so no.