US$174
US$171
View deal
Free cancellation until 30/09/21
Expedia.comUS$174
travelup.com
Hotels.comUS$174
View all 15 deals
Prices are provided by our partners, and reflect nightly room rates, including all taxes and fees known to our partners. Please see our partners for more details.
Payments made by partners impact the order of prices displayed. Room types may vary.
chris h
1

From the start after a long drive from Bari we received a very warm welcome and a complementary room upgrade. From that moment on the staff could not have done any more to make our stay comfortable and enjoyable.

The food was fantastic and the bar well stocked, if at any time there was a language issue with a staff member they would fetch someone instantly to make sure everything would be as intended.

Could not recommend this hotel highly enough. It looked to be a fantastic venue for a large wedding but during the time we stayed we must have been one of only 4 couples staying there and felt like we had the place to our selves.

We loved the decor and particularly the art around the hotel and with all the lovely flowers around the grounds the whole place had a beautiful smell as we were bathed in sunshine. Keen to return! Thank you Sangiorgio!More

Show less
Review collected in partnership with this hotel
This business uses tools provided by Tripadvisor (or one of its official Review Collection Partners) to encourage and collect guest reviews, including this one.

Dear Mr Chris,
thank you so much for your beautifull review.
We hope to see you again in the future.
Best regards
The manager.

Report response as inappropriateThank you. We appreciate your input.
This response is the subjective opinion of the management representative and not of TripAdvisor LLC
See all 275 reviews
Payments made by partners impact the order of prices displayed. Room types may vary.
Nearby Hotels 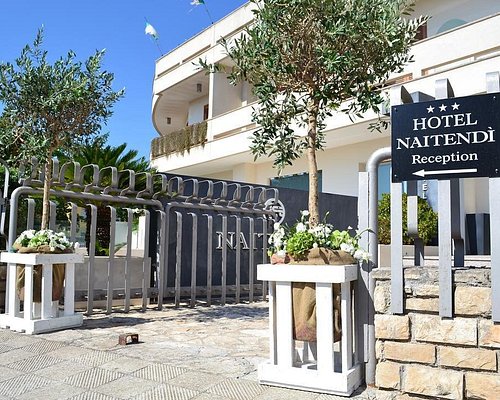 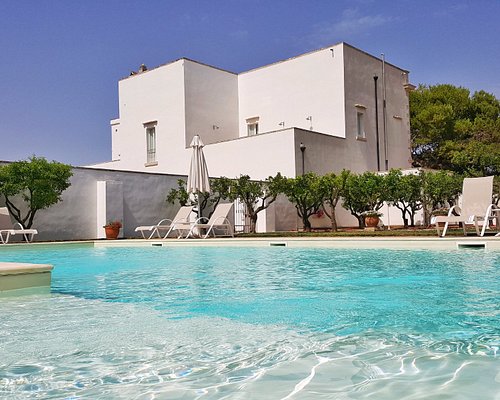 The resort is in a convenient location for exploration of Salento. The building and grounds are stunning and the staff were wonderful. They were lovely and extremely helpful. The resort also has a lovely SPA.
We would highly recommend it!

thank you very much for your positive review of our SanGiorgio resort, we are so happy that you had a lovely stay with us. We are proud to share the comment with the staff.
We hope to welcome you again as guest.
Sincerelly

Report response as inappropriateThank you. We appreciate your input.
This response is the subjective opinion of the management representative and not of TripAdvisor LLC
AshesToProveIt
Philadelphia
258263
Reviewed 30 September 2018
Very nice quiet hotel outside of Galatina

Our four days at this hotel was arranged by a travel agent in the US. The hotel is located not far from Lecce. Closest city of any size is Galatina, about four miles distant.

The rooms were nicely appointed and large, although there were a few issues with them. The desk chair was not very comfortable, and there were no extra plugs for charging phones, laptop, etc. I asked at the desk, and they very nicely gave me an extra adapter and triple plug so that I could plug in my devices, which worked fine.

The air conditioning did not work very consistently. The individual room unit, located by the window, did not appear to respond to the thermostat, and you had to pull the unit cover away from the wall to get at the internal controls, in order to get it to cool properly. Added to this problem, the window curtains went to the floor, and when closed (i.e., at night when you wanted the room dark), they blocked the air flow from the air conditioning unit.

The bathroom was relatively large, with plenty of room for toiletries next to the sink. The tub and shower whirlpool bath was fine, but as is fairly typical today, had only a partial enclosure, so trying to make it work as a shower and not spray the floor with water was difficult.

Bed was very comfortable. Lighting was a bit strange - no real way to concentrate light over just one part of the bed, but it was OK.

Service people were really great -- very nice, helpful and generally spoke very good English, which was a big help when we were seeking recommendations for day trips, restaurants, etc. The other couple took advantage of the massage facilities, and said they were very good. Breakfast was a very large and good selection of items - the fresh fruit juice made to order was a particular treat.

Overall, a fine hotel, and a great place from which to visit Galatina, Lecce, Gallipoli and other local cities and areas.

The only real criticism involved the dinner we had at the hotel the first night we were there. Service was fine, but the food quality was only at the "acceptable" level, which was somewhat disappointing, given the high quality of food in the general area. Because we only had one meal (other than breakfast) at the hotel, it may not have been representative, and we may have hit a bad night.

Room tip: Make sure A/C is working properly, and learn how to get to controls in the unit under the window
Ask AshesToProveIt about Sangiorgio Resort
Thank AshesToProveIt

Thanks for your review.
The manager

Report response as inappropriateThank you. We appreciate your input.
This response is the subjective opinion of the management representative and not of TripAdvisor LLC
lizm54
Loughborough, United Kingdom
185104
Reviewed 10 September 2018
Beautiful building

My husband and I stayed for two nights in this resort.
It looked as lovely in reality as on the photos, and our room was great too.
However I was extremely dissappointed in the food - we ate in the restaurant the first night as there really is nowhere else to eat unless you get a taxi or drive. It was not cheap, but was very boring and not particularly tasty. It was also a rather surreal experience as we were the only people in there, only six rooms were occupied so it felt very quiet and strange. The staff were not particularly friendly apart from the lovely girl who was on reception on our last day. We felt as if we were being watched all of the time.
the grounds however are lovely as is the swimming pool which was a great bonus in the heat.
It is a very central location but a long way inland - we struggled to find anywhere local to eat as the town nearby was like a ghost town from 2.30 to 7.00 - there wasn't even a supermarket open to buy food! On reflection I would prefer to stay somewhere nearer to the coast.

Dear Madam,
thank you for your review about your stay in our hotel.
Hoping to have you as our welcome Guest again, we extend to you our best regards.
The Director and the Staff

Report response as inappropriateThank you. We appreciate your input.
This response is the subjective opinion of the management representative and not of TripAdvisor LLC
Molly M
London, United Kingdom
4431
Reviewed 19 June 2018
Fantastic week with excellent service and beautiful gardens

We had an amazing time at this hotel which has the most wonderful grounds, fabulous swimming pool and what a great breakfast. The artwork and beautiful furniture added to the grandeur of this hotel. Additionally it was central to visiting to all the different sites in this part of Italy. The staff were kind, friendly and extremely accommodating. We ate in the restaurant several nights and the food was delicious. It is a small hotel and thus suited our needs perfectly. Highly recommend.

Dear Mr Philip,
We are glad about the fact that you appreciated every aspect of your stay in our hotel.
Hoping to have you as our Guests again, we want to give you our warmest regards.
The Director and the Staff

Report response as inappropriateThank you. We appreciate your input.
This response is the subjective opinion of the management representative and not of TripAdvisor LLC
Jordan B
1
Reviewed 11 June 2018
Brilliant week away as a couple.

Customer service is excellent as everyone was always keen to help. The breakfast spread put on in the morning was always nicely presented with an assortment of pastries, fruit, meats and cereals. The resort is immaculate and beautiful and because there are only 18 rooms it is never overrun with guests, especially around the pool. There are two pools but one is really just for show as a nice backdrop for the wedding receptions (which never disturbed us once). As we booked the deluxe package we had free access to the spa everyday and we took advantage about 4 times - only once we were not alone. One final small criticism - the gym is in desperate need of an A/C machine. Even early morning or late evening it is sweltering and almost too much for a proper workout. But apart from that the week stay was perfect. Thanks again!

Review collected in partnership with this hotel
This business uses tools provided by Tripadvisor (or one of its official Review Collection Partners) to encourage and collect guest reviews, including this one.
Ask Jordan B about Sangiorgio Resort
Thank Jordan B

Dear Mr Brett,
we would like to thank you for the beautiful words that you wrote about your stay in our hotel.
We hope to have you as our Guests again.
Best regards
The Director and the Staff

Report response as inappropriateThank you. We appreciate your input.
This response is the subjective opinion of the management representative and not of TripAdvisor LLC
View more reviews
PreviousNext
123…
<script type='text/javascript' crossorigin='anonymous' async