I recently stayed at the Puebloastur Eco-Resort and can’t recommend it enough! The resort itself is beautiful and the staff will do everything they can to make your stay perfect. The rooms are spacious and equipped with new technology throughout. The breakfast spread is delicious - fruits, pastries, breads, Jamon, fresh juices, jams, eggs made to order, and a full menu of other items. Staying at the Puebloastur will guarantee you have an amazing Spain vacation.More

Dear Julie C,
Thank you for your lovely review on TripAdvisor. We are glad to read that you enjoyed your stay at Puebloastur.
We strive to go above and beyond to deliver perfection to each and every guest, and it is a pleasure to hear that our efforts have not gone unnoticed.
We look forward to welcoming you again soon to our "Extraordinary Place"
Warm regards,

Report response as inappropriateThank you. We appreciate your input.
This response is the subjective opinion of the management representative and not of TripAdvisor LLC
See all 268 reviews
Payments made by partners impact the order of prices displayed. Room types may vary.
Nearby Hotels 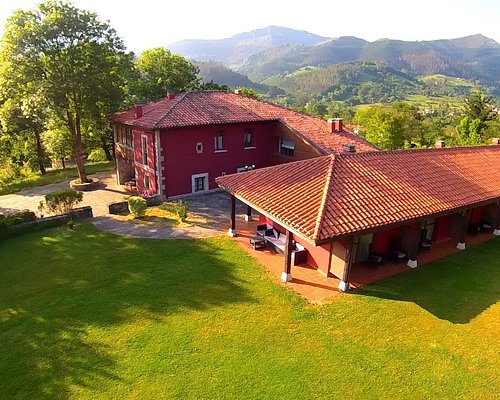 Snaptravel
View Deal
Booking.com
US$139
FindHotel
US$114
StayForLong
US$147
View all 14 deals from US$114
99 reviews
5.1 km from Puebloastur Eco-Resort Wellness & Spa
We compared the lowest prices from 14 websites 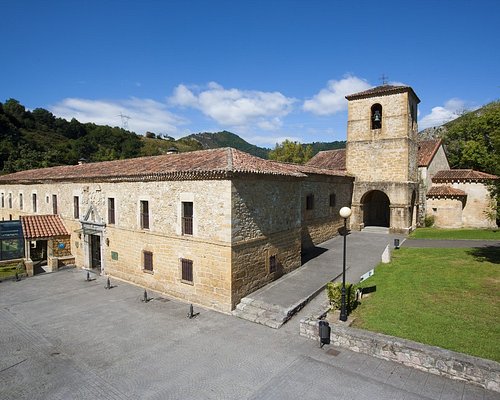 Puebloastur is straight out of a fairly tale.

The views are breathtaking and tranquil all at the same time. To top it off, the rooms are beautiful, spacious, comfortable, and clean.

The staff was warm, professional, and very attentive.

I could not have had a better time and I will cherish my time there. Thank you Puebloastur for a truly magical experience!

Thank you for taking the time to share your thoughts on Puebloastur.

It gives me great pleasure to read your kind words on our rooms, Staff, The views....

Your feedback is highly valued as it allows us to ensure each guest experiences a memorable stay.

I hope that we have the pleasure of welcoming you back to Puebloastur in the not too distant future.

Report response as inappropriateThank you. We appreciate your input.
This response is the subjective opinion of the management representative and not of TripAdvisor LLC
Beachluxury
San Francisco, California
2145
Reviewed 10 September 2019 via mobile
Best in the world

I really hesitate writing this review because I don’t want this place to get discovered and ruined by tourists.

It is the epitome of feeling remote in the most beautiful surroundings. I haven’t felt that at peace for quite some time. I want to come back every year. My only suggestions is to have more fresh food options. Raw vegetables, fresh salads, and fruit are a must in these surroundings.

This is one of my top 3 favorite places in the world now and I’ve been fortunate to experience many options. Thank you for the beauty, hospitality, and respecting the greater world of nature around us.

Dear guest,
Thank you for choosing to stay with us at Puebloastur and for taking the time to write about your visit on TripAdvisor.
I am very pleased to read that you had such an enjoyable stay whit us. it really makes it all worthwhile when somebody enjoys a visit as much as you did.
We take note of your suggestion about the fresh food options
I really looking forward to welcoming your soon back to Puebloastur

Report response as inappropriateThank you. We appreciate your input.
This response is the subjective opinion of the management representative and not of TripAdvisor LLC
Keelym6
Scottsdale, Arizona
33
Reviewed 12 August 2019
An AMAZING hotel !!

I just spent several days at the Puebloastur Eco-Resort Wellness & Spa and simply fell in love with the hotel, surroundings and the amazing multilingual staff. If you are looking for a wonderful place to spend a few days to simply rest and relax... this is your hotel! The onsite restaurant and bar are wonderful. Every night, live classical music is played out on the terrace.

Dear Guest,
Thank you so much for taking the time to post a review of your recent stay with us.
On behalf of everybody here, thank you for your very kind comments; it really makes it all worthwhile when somebody enjoys a visit as much as you did. I hope it is not too long before we have the pleasure of welcoming you back again.
Yours sincerely,

Report response as inappropriateThank you. We appreciate your input.
This response is the subjective opinion of the management representative and not of TripAdvisor LLC
KarlaR337
Weilerswist, Germany
7042
Reviewed 1 August 2019
Animals are not decorations

Regretfully, I feel it important to write a negative review about our experience at the Puebloastur Eco resort.
As we were warmly received at the introduction, we were advised to walk around the property, open the gates and visit the animals, which we did.
The condition of 2 pigs being held in darkness in a very small area without free access to water or a dry place to lay down (only in a puddle of their own excrements), with obvious injuries, shallow and rapid breathing, no interest in me making noises to get their attention was shocking, they looked like they were dying.
The management confirmed that the two pigs were indeed ill and waiting for slaughter, therefore separated from the others and held in these conditions. After an emotional conversation with the management, I was not able to get the contact information from the vet that was supposed to be in charge so that my vets could talk to them and discuss the treatment of "bleeding" the pig for treatment. They were not able to tell me why he needed to bleed, but that it was intentional.
For me, inexcusable abuse.
The following morning, I was met at the pen and told the animals were moved in the middle of the night near to the other pigs living outside, in a shed where they had locked a chain between the doors. He told me that their vet was there in the middle of the night and gave one a shot so that he could walk and the other was suffering from stomach problems.
My gut feeling was that he was not being truthful. It is not so easy to get a vet to come in the middle of the night for a shot so that a pig can walk even in Germany, and in the mountains of Spain I dont think it would be easier.
They had told me the chain and lock was to keep the 2 pigs separated from those in the pen outside of the shed(which looked to be in good condition), and could not tell me how long this situation would be their solution to the problem, but he thought it was more than adequate.
This alternative had no windows for ventilation or light, so they were living in darkness and no telling how warm it would get in there with no air and the sun hitting the building.
The rest I could not determine, if they had free access to water or if the cement floor they were living on was cleaned/bedded.
The manager assured me that the caretakers were highly professional and they offered only the best care to all their animals. If the caretaker was eco minded then he would have planned to have 2 male pigs castrated at a mature age so that they could be held in respectful conditions, and not kept in torture in preparation for slaughter. I can only hope that this meat doesn't arrive at the restaurant.
We left after 3 nights rather than staying the full week booked since I was not able to sleep while there.
I was compensated for one of the 3 nights that we stayed for my "inconvenience", and was told that I was only trying to make problems to get a discount on the room. Disgusting. The animals deserve to be spoken for.

Dear Mrs Karla R.,
As our general manager told you during your several conversations and on the day of your departure, animals in the surroundings of Puebloastur are perfectly taken care of. For centuries, cows, pigs, sheep, chicken, etc.. are part of the Asturian country life style and we perfectly know how to deal with them. Apart from fulfilling all legal and sanitary requirements as well as government controls we do love our animals as part of our local rural culture. I'm sorry to say that your goal since your arrival was to create some trouble in order to reduce your bill and that's called black mail which unfortunately we do not tolerate.

Report response as inappropriateThank you. We appreciate your input.
This response is the subjective opinion of the management representative and not of TripAdvisor LLC
JoergDaum
Guatemala City, Guatemala
101
Reviewed 28 May 2019
Asturias at it's best

I stayed there recently in (may 2019) and had a very pleasant and comfortable stay, Hotel, room,spa and service was very good, the kitchen is also a delight, chef Javier and his sous Monse "feeded' us at a very high level. Very recomendable.

Dear Joerg,
Thank you very much for sharing your recent experience on TripAdvisor.
We are very glad to read that you apreciated your stay in our peaceful Eco-Resort.
We sincerely hope you would choose us again when you visit Asturias. Best regards,
Luis Tuya

Report response as inappropriateThank you. We appreciate your input.
This response is the subjective opinion of the management representative and not of TripAdvisor LLC
View more reviews
PreviousNext
123…45