Expedia.com
Orbitz.com
Booking.com
View all 17 deals
Prices are provided by our partners, and reflect nightly room rates, including all taxes and fees known to our partners. Please see our partners for more details.
Payments made by partners impact the order of prices displayed. Room types may vary.
robertjganly
Dublin, Ireland
12488

Had breakfast here terrible coffee asked for it to be replaced not any better. Breakfast freshly cooked ok self service for rest. Place feels tired dining room quiet dark friendly staff. I will mot be returning.

Trip type: Travelled on business
See all 540 reviews
Payments made by partners impact the order of prices displayed. Room types may vary.
Nearby Hotels 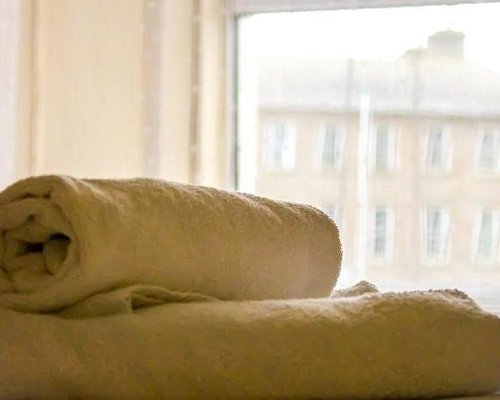 I got this as a deal on pigsback! It was €60 for the room plus a €30 supplement because it was a Saturday! Breakfast was included so as it was the day after Valentine’s I didn’t mind as it was a surprise for my boyfriend! However, when we got there we checked in at reception, where we waited about 5 minutes while the two girls at reception sat chatting, then one reluctantly addressed us and it was a brief encounter. After leaving our luggage in the room we headed down to the bar for a drink, unfortunately we had the same problem in the bar with being served, there was a group of staff gathered having a chat and they didn’t want to be in work at all! Eventually we got served! The night was a sleepless night for us both, as I’ve never been somewhere less soundproofed! There was some kind of gathering on in the reception room and not only could we hear the music and voices from that but we were woken at 5am by people in there rooms! These people were not shouting or screaming just having a chat which they were entitled to however it felt like they were in the room with us!! The next morning I got up for breakfast, my partner too tired after not having slept decided to skip this and I quickly realized he had the right idea! Again the same thing happened with the staff they were uninterested in work and instead walked aimlessly around, once I eventually got my buffet breakfast I had to wait 10 minutes for a cup of tea! After this we decided to leave and headed to reception to check out where again we waited 5-10 minutes as there was not a soul at reception in the end my partner got fed up, left our room key at reception and we left!! Over all it was very disappointing!

This review is the subjective opinion of a TripAdvisor member and not of TripAdvisor LLC
ReviewerLC
Limerick, Ireland
912
Reviewed 22 January 2020
Average to Good

Stayed here for one night. I think I may have been one of the few people if not only guest that night which wasn't necessarily a bad thing, it was really quite which is exactly what i was looking for. The room was good, it was a good size and warm, maybe a little dated but not the worst. Where it fell down was the bathroom; the floor was disgustingly sticky. The shower looked like it could have seen better days too. One other negative was the tv, terrible reception. Honestly I'd give this hotel a great mark if it hadn't been for the bathroom floor and if the shower could be updated. Other than that not a bad stay.

We stayed at Rackett Hall for three nights, including over NYE when we had a family party in the function room. The staff looked after us from start to finish. The food was good and portions very generous. The rooms were clean and well kept and we loved the super large bed in the room! Thank you for a great stay.

This review is the subjective opinion of a TripAdvisor member and not of TripAdvisor LLC
LBry2017
High Wycombe, United Kingdom
81
Reviewed 2 January 2020 via mobile
Excellent venue for a NYE party & Family Reunion

We stayed at Racket Hall for 3 nights over new year and had a fabulous family party. The staff were welcoming & very helpful, nothing was too much trouble. The rooms were clean & cosy with super king beds. The meal for 60 was reasonably priced and delicious. We had an unforgettable family reunion and are very grateful to all the staff at Racket Hall for their help. We would recommend!

This review is the subjective opinion of a TripAdvisor member and not of TripAdvisor LLC
sc5532OI
Peterborough, United Kingdom
711
Reviewed 2 January 2020 via mobile
A great visit

We stayed at Rackett Hall hotel for a family gathering for New Year. The hotel itself is great with spacious rooms which were warm and comfortable.
The staff were so welcoming and accommodating and couldn’t do enough for us.
The food was delicious and there were lots of options.
We would definitely stay again. Thank you so much for a fantastic stay.