Beautiful unspoilt location for one... - Review of Aminess Lume Hotel

Orbitz.com
eDreams
FindHotel
View all 12 deals
Prices are provided by our partners, and reflect nightly room rates, including all taxes and fees known to our partners. Please see our partners for more details.
Payments made by partners impact the order of prices displayed. Room types may vary.
_amods8journey
Ireland
22

Beautiful unspoilt location for one night only

Whilst set in a beautiful location on the island We would not rate it as a 4 star but closer to a 3 star . Darijya, the receptionist , was extremely helpful and enthusiastic and made it an enjoyable stay . Would only stay for 1 night only. If you want a location that is unspoilt , that is away from the businessness of tourism then tdefinitely is one which gets you back to basics . Swimming in the harbour is beautiful . Walk the small port and eat out in the tiny restaurants . It is a long way to get to the island so get the public transport to stovicka and then ring hotel to get picked up from there. Ask for sea view room, otherwise you maybe disappointedMore

Show less
Room tip: Get public transport to Stovicka and then ring for hotel shuttle bus, hotel is 35 km from Korcula town
See all 284 reviews
Payments made by partners impact the order of prices displayed. Room types may vary.
Nearby Hotels 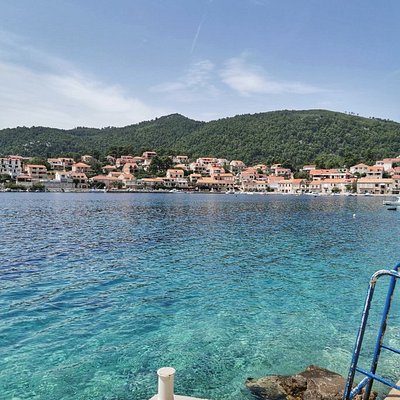 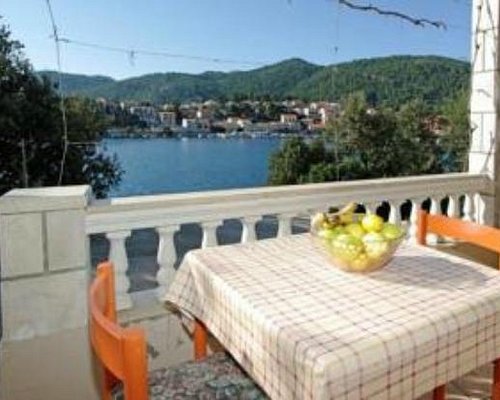 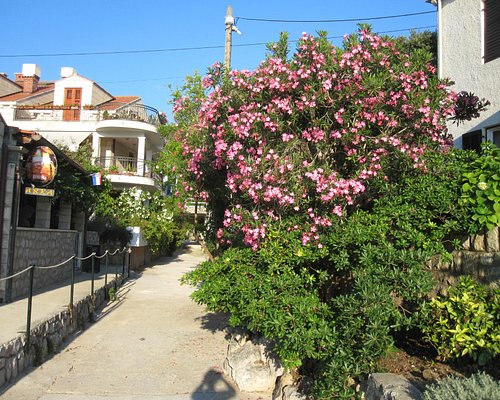 The staff at Aminess Lume hotel are lovely! Darija at the front desk and Jakica in the restaurant really made this holiday for us! We rented a scooter explored the island and over the course of our stay experienced breakfast, lunch and dinner!! Definitely coming back!

we are very glad to receve your beautiful review regarding your stay at Aminess Lume hotel.
We will communicate your compliments to the entire hotel staff.
Hope that you will visit us again.
Best regards from the island of Korčula.
Aminess Quality Department

Report response as inappropriateThank you. We appreciate your input.
This response is the subjective opinion of the management representative and not of TripAdvisor LLC
Miva G
78
Reviewed 5 August 2016 via mobile
Better every time

Third year in a row, still impressed with the view, nature, sea and of course hotel. Warm welcome, genuine smile and will to please are a rare find! You will rarely feel like meeting an old friend when you enter the hotel and meet the personel. Hotel is greatly managed and well maintained. Wi-fi is stabil, good and free. Food is great in variety and preparation. The new beach added style, and the "sea pool" for kids is excellent idea. As a mother of three (1,5 - 13,5), it is important to me how kids are treated and how they feel and I must say everything exceeded expectations. They were thrilled to be here again, weren't bored at all. There is a very good Mini club, and Ivan, leader of the entertainment team "is the king"! All kids adore him!
Definitely many thanks for our nice stay to all in the hotel. We recomend it for peacefull, stressless holidays for families or couples.

Dear Mrs.Miva,
we still impressed with your beautiful review; thank you for taking time to write us .
Your compliments is an important token of appreciation indicating that our efforts have been recognised.
Thank you once again for your loyality and staying with us.
Kind regards,
Aminess Quality Deapartment

Report response as inappropriateThank you. We appreciate your input.
This response is the subjective opinion of the management representative and not of TripAdvisor LLC
GinnyKMc
London, United Kingdom
4156
Reviewed 3 August 2016 via mobile
Clean, friendly,reasonably priced hotel

As far as the hotel goes, it was clean, reasonably priced, and the rooms were well laid out and felt fresh. The reception staff could not have been more helpful. We were caught up in the mess of low cost holidays going bust, and the hotel staff really helped as much as they could. Main drawbacks are that this hotel is a bit isolated at Brna, so if you want to be out and about then you need to rely on shuttles, taxis and buses. Food offerings in Brna village are a bit limited and there is no beach to speak of. If you want a decent hotel thats a bit off the beaten track then this seems pretty good and they do have some entertainment on during the week. However, if I was to visit Korcula again I would choose to stay in the old town which is really where all the action happens

thank you for taking time to write this review and share your impressions.
In our mission,guest satisfaction is on the first place so we are happy that you had a good time in our hotel.
Kind regards

Report response as inappropriateThank you. We appreciate your input.
This response is the subjective opinion of the management representative and not of TripAdvisor LLC
ljs31
London, United Kingdom
1
Reviewed 18 July 2016
Wouldn't go back again - so disappointing!

We had stayed in Dubrovnik for 3 nights, then got the ferry over to Korcula town, we didn't realise it would then be a £40 taxi fare to the hotel, as it was not stated anywhere that the hotel was in the most remote area, with nothing really surrounding it. We arrived and had booked a double sea view room, we got a room with two singles with a view of a roof of stones, so we switched rooms. Later on when we were getting ready for dinner, we had 2 other guests walk into our room with a key!! This had later then deactivated our key so when we wanted to go to bed we couldn't get into our room! Reception were SO unhelpful in the evening, huffing and puffing at attempting to get an other key to work - they ended up giving us the master-key which is so insecure! We complained the following day and the receptionist said they would make it up to us somehow - but of course they didn't. Two nights later the fire alarm in the hotel goes off 5 times between 2.30am - 4.30am! When we went to reception they just shrugged their shoulders with no urgency or explanation! The hotel wasn't as nice as it looked online, very disappointed, the food was nice, the drinks on offer with Full Board were very disappointing. Overall, we were unhappy with the hotel and the area, we definitely wouldn't recommend or go back again. The only real plus, was the sea view which was amazing.

This review is the subjective opinion of a Tripadvisor member and not of TripAdvisor LLC.
GergelyM58
1
Reviewed 17 July 2016 via mobile
A good place to be!

Modern hotel located just by the sea, in Brna. The village and the bay itself is small, only a few places to eat out, but anyhow we choose half board in the hotel that was a great idea, nice variety of dishes for breakfast just as well for dinner including sea food.
Room is not too big but well ok for two and modern including the bathroom. Bed is comfy, balcony is ok for two to sit outside for a drink.
Staff is really friendly and helpful.
A well maintained place which is really four stars.
Enjoyed our stay!
Sorry for the evening pics, we were out during the day :-)

This review is the subjective opinion of a Tripadvisor member and not of TripAdvisor LLC.
View more reviews
PreviousNext
1…171819…