Tiny, but clean and comfortable - Review of Tokyo Green Palace

US$151
US$51
View deal
TravelocityUS$63
PricelineUS$151
Orbitz.comUS$63
View all 15 deals
Payments made by partners impact the order of prices displayed. Room types may vary.
Prices are provided by our partners, and reflect nightly room rates, including all taxes and fees known to our partners. Please see our partners for more details.
RoyLScam
Northern NJ
431204

Tiny, but clean and comfortable

The room reminded me of a cruise ship room, with the bed taking up the vast majority of the room space. However, it was clean and comfortable. It is right next to Kojimachi station and only a 5-10 minute walk from Ichigaya station, so it's very convenient for touring.More

Thank you for staying at our hotel.
We are very happy to be satisfied with your stay .
When you visit to Japan,please come here again.
We look forward to seeing you again.

Report response as inappropriateThank you. We appreciate your input.
This response is the subjective opinion of the management representative and not of TripAdvisor LLC
See all 317 reviews
Payments made by partners impact the order of prices displayed. Room types may vary.
Nearby Hotels 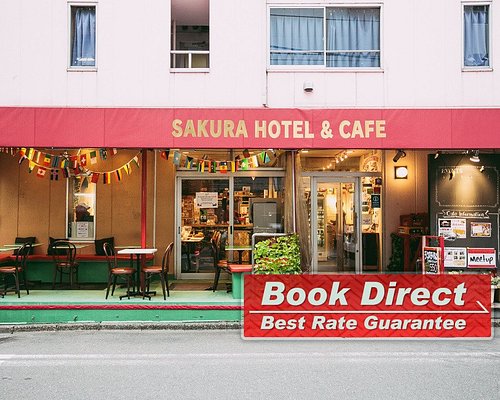 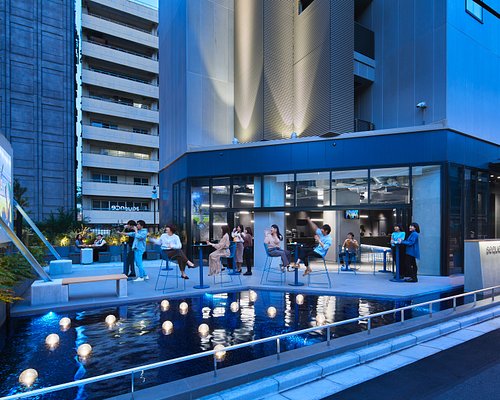 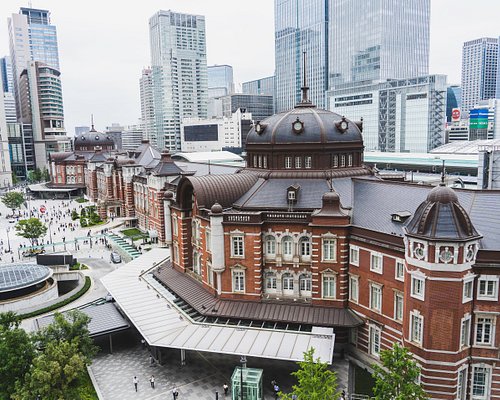 Expedia.com
View deal
Free cancellation
Reserve now, pay at stay
Booking.com
US$321
Agoda.com
US$303
ZenHotels.com
US$821
View all 18 deals from US$303
1,715 reviews
2.6 km from Tokyo Green Palace
We compared the lowest prices from 18 websites
Breakfast included
Ryokan A Ryokan is a traditional Japanese accommodation which typically features ‘futon’ (folding mattresses) on ‘tatami’ (straw mat) floors. Many Ryokan are known for their public baths (typically "Onsen" hot springs) and their traditional cuisine. 24/7 front desk service is not guaranteed for this accommodation type.
HOSHINOYA Tokyo
US$816
US$783

Was booked on a Single Non-Smoking Room. The smallness seems to be a norm for Japan. However it has all that is needed - comfortable bed which takes up 70% of room space and can rest on other side as a sofa. Clean and provides room spray, various charger plugs. Bathroom is typical Japanese size too, but is clean and the shower amenities, foam facial wash and hand soap are all nice to use! Staff were polite too (not necessarily warm and friendly, but politeness is good enough for this trip).

Thank you for staying at our hotel.
Did you enjoy your trip in Tokyo?
If so,we are happy.
When you visit to Japan,please come here again.
We look forward to seeing you again.

Report response as inappropriateThank you. We appreciate your input.
This response is the subjective opinion of the management representative and not of TripAdvisor LLC
Airline_GuySydney
Sydney
10749
Reviewed 20 August 2019
Treated badly on arrival

We stayed here at tguestd of our Japan trip, on arrival at reception were told we had smoking rooms as requested, when I said no we booked non smoking rooms, the senior Receptionist said that our booking was for two smoking rooms and that was what we had. I asked if we could have non smoking rooms and were told no we are full and we have a group coming in, we lasted no more than ten minutes in the room, we went back to reception with the booking form from Agoda which clearly said we booked non smoking rooms, Which the same form was pushed back to us saying, we don't need it, it's pre paid, so I approached another receptionist with the booking form and highlighted the non smoking rooms, the original receptionist stepped in and demanded to know where the booking said that, I placed my room key card undermining it, then he hastily started writing down room numbers and told us to go back to our rooms and they would get our new rooms ready, were moved within ten minutes, this should have been done at check in, it left a feeling of being badly treated and not valued as a guest. Breakfast was even worse, clearly only aimed at the Japanese and Asian guest, a huge selection for Japan/Asian tastes but for Western tastes very little, we found this the worst of our hotels in Japan, the location was good, but would not stay here again or recommend it, after all this the mini fridge didn't work and after everything else I just couldn't be bothered dealing with it, the room itself was great once we had rooms that did not smell of cigarette smoke, all to late though

Thank you for staying at our hotel.
We make you feel unpleasant and are verry sorry when you checked in.
We work hard to aim at the hotel which the guest spend comfortably.
And regarding the contents of breakfast referring to the opinions of customers consider.
Thank you for a precious opinion.

Report response as inappropriateThank you. We appreciate your input.
This response is the subjective opinion of the management representative and not of TripAdvisor LLC
Kathie L
83
Reviewed 29 June 2019
Great location

The rooms are small but this is somewhat of a norm for Tokyo. The room was clean and the air conditioner worked well. The staff were friendly. There is a basket near the elevators with free toiletries but the room also has everything you need. This is about a two minute walk from the subway kojimachi stop and you can catch the hanzomon line or the JR (Ichigaya) with about a seven minute walk. Lots of restaurants in the area. Recommend Number 4 for breakfast or pizza..a short walk down Nihondori towards Ichigaya.

Room tip: Twin rooms are slightly bigger, do not get a 3/4 double if you are two people
Ask Kathie L about Tokyo Green Palace
1  Thank Kathie L

Thank you for staying at our hotel,and posting a review.
Did you enjoy your trip?
"Number 4"is a popular cafe around here.
We look forward to seeing you again when you visit Tokyo.

Report response as inappropriateThank you. We appreciate your input.
This response is the subjective opinion of the management representative and not of TripAdvisor LLC
travelchick119
Manchester, United Kingdom
146124
Reviewed 28 May 2019 via mobile
Very small double room

The double room I booked was small!! I Couldn’t open our medium suitcase properly. After a long flight arriving to the hotel we weren’t able to checkin right away or have a shower. The receptionist gave me options to go to an Internet cafe while they kept my bag for checkin at 3pm.

The staff were friendly and courteous.

No pool, gym or onsen.
The breakfast wasn’t good, quite a small range of option most Japanese food and hot chips for Western food.

The hotel looked really fancy outside but it lacked a lot of amenities for the price we paid.

Thank you for your stay at our hotel.
I'm sorry I could not meet your expectations,but check-in is from 14:00 because cleaning of the room
is not over.
And the twin room is a bit larger,so please reserve it if you have a chance.
Thank you for your valuable opinion,we strive to be a better hotel.

Report response as inappropriateThank you. We appreciate your input.
This response is the subjective opinion of the management representative and not of TripAdvisor LLC
mithatozcakil
2434
Reviewed 22 May 2019 via mobile
Perfect

You can find what you want in the room. Japanese clever minds put and fit in useful materials in a small rooms.

There are several small markets around the hotel.

The breakfast is not international.
I wish more options in the breakfast.

Thank you for your contribution. We will provide satisfying service and also, do our best for our customers' satisfaction. we look forward to seeing you.