Romantik Hotel Jagdhaus Waldidyll
Romantik Hotel Jagdhaus Waldidyll
Lowest prices for your stay
Lock in the lowest price from these sites
US$155
Free cancellation until 27/05/22
View deal
TripadvisorUS$155
ZenHotels.com
Priceline
eDreamsUS$155
FindHotel
Agoda.comUS$155
View all 9 deals
Payments made by partners impact the order of prices displayed. Room types may vary.
Prices are provided by our partners, and reflect nightly room rates, including all taxes and fees known to our partners. Please see our partners for more details.
Where_II
Boston, MA
12892

A charming and idyllic hotel located in the woods. The hotel was very welcoming and the rooms were bright and cheerful. Plenty of amenities and the balcony was great. Bed was a bit too firm for my taste. Dinner was good,although not great and breakfast was satisfactory.More

thank you for your very good feedback. We are happy that your stay at our hotel and at our restaurant was a pleasure for you. We would be happy to wellcome you once again.
Yours sincerely
Andrea E. Kahl

Report response as inappropriateThank you. We appreciate your input.
This response is the subjective opinion of the management representative and not of TripAdvisor LLC
See all 101 reviews
Payments made by partners impact the order of prices displayed. Room types may vary.
Nearby Hotels 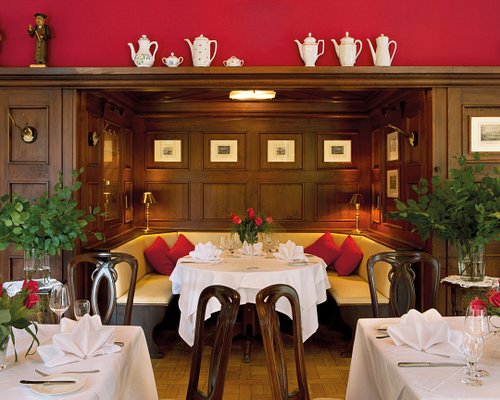 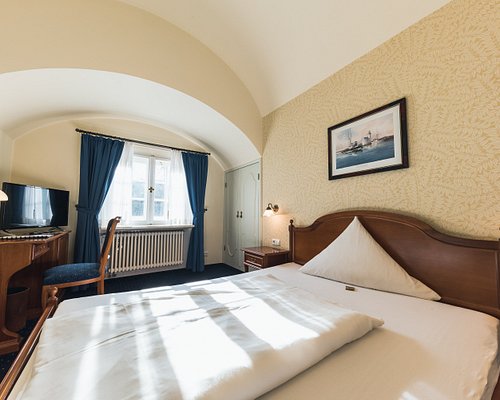 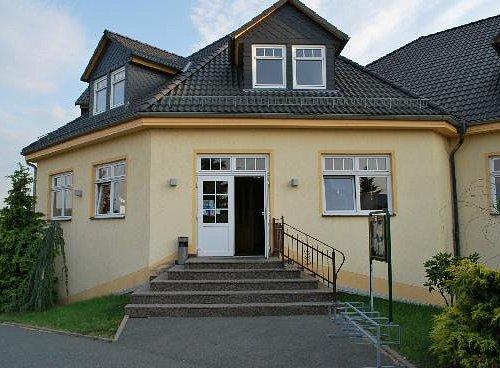 eDreams
View deal
Booking.com
US$98
Destinia.com
StayForLong
View all 5 deals from US$98
30 reviews
6.3 km from Romantik Hotel Jagdhaus Waldidyll
We compared the lowest prices from 5 websites
Sponsored
Gastehaus Wolfsbrunn
US$141

Stayed for a business trip to Zwickau in this hotel last week.
Very comfortable and quite room with good wifi-connection.
Friendly staff. Good quality dinner and very good value for money.
Also breakfast was OK. Compared to Chain-hotels, quality/price is much better here.
Will come back here when I have a meeting in Zwickau.

Dear guest,
thank you for taking your time and giving us your positv impressions. It is nice to see that your choice goes for our small and private owned hotel in it's special location - at the forrest-edge with idyllic flair. We will be very happy to wellcome you again at your next business-trip to our area.

Report response as inappropriateThank you. We appreciate your input.
This response is the subjective opinion of the management representative and not of TripAdvisor LLC
travelforaliving-uk
London, United Kingdom
10752
Reviewed 5 January 2015 via mobile
Very idyllic and scenic

I've recently spend a night there during a business trip.
Being a woman travelling on her own, getting there wasn't necessarily the most pleasant experience ever, as it is in the middle of the forest and I arrived late in the evening... But this is not the hotel's fault.

The room was alright and sufficient, although not the best room ever. There were some nice touches, like fresh fruit in the room, at the same time it lacked basics, such as wifi log ins for all devises (I was handed one log in code for my laptop, when I asked for a second one to connect my mobile as well, I was told that this was the last code they had for the day and I was lucky that one was left).
Also sleeping in a room with a second (emergency) exit on the other side of the bed wasn't very relaxing, as you always had a door in your back, regardless of which way you turn (might not be a problem for everyone, but for sure was for me)

Had dinner at the restaurant, which was ok. But it was a bit of a shame that I was shoved into the second room on my own when having dinner (having dinner on your own is not the most pleasant experience anyway, but when you also have to sit in a separate room, that makes you feel very isolated)
Had a salad, which was drowning in its sauce, but at least the red wine was decent.

Breakfast was alright, even though I would have hoped for a better selection of bread and rolls.

As I arrived in the dark and left early in the morning, I can't really say much about the surroundings, I unfortunately didn't get the chance to go for a walk or anything else there.

Dear guest
thank you very much for taking your time to write about your stay at our hotel.
As you wrote, we are located in a single spot surrounded by a little park with pond, forrest and madows on the edge of the small Ore-Mountain town Hartenstein. As a real Romantik Hotel this is actually a good place to be for relaxing and expierence our nature. But we also get many business traveller all year around and I feel sorry that you were missing important business basics such as wifi login for all your devices. Honestly, this is really bad for us, too. Since 3 years we try hard to get a modern and fast internet - but there is on Germany's countrysides all over a lack. We still hope and try. Thank you further for telling us about your service and kitchen experience. We are happy that you give us the chance to work about and get better. We would be very happy to see you once again and maybe on daytime - so you can take a little walk and enjoy nature here in the ore-mountains.
Yours sincerely
Andrea