US$103
Reserve now, pay at stay
View deal
Hotels.comUS$103
Booking.comUS$103
eDreamsUS$103
TravelocityUS$103
Orbitz.comUS$103
PricelineUS$103
View all 12 deals
Prices are provided by our partners, and reflect nightly room rates, including all taxes and fees known to our partners. Please see our partners for more details.
Payments made by partners impact the order of prices displayed. Room types may vary.
chillingd
11

My wife and I visited The Islander's Inn last year, and without a doubt had a most enjoyable 4 days. Clyde & Sandra were the perfect hosts; they provided a tour of the island, and on one of the days made arrangement for a private boat trip that included a beach side luncheon (It was fantastic!). We also had the most beautiful sightseeing tour of the Tobago Keys. Their knowledge of the island is amazing! We have since visited two times; and is planning a third. 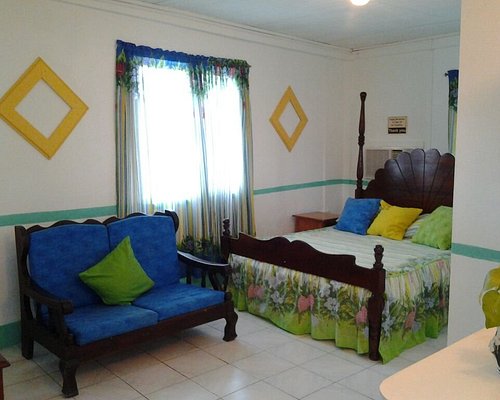 Clifton Beach Hotel
US$63
Tripadvisor
View deal
Free cancellation
Reserve now, pay at stay
Hotels.com
Expedia.com
US$63
Travelocity
US$63
View all 8 deals from US$63
15 reviews
0.8 km from The Islander's Inn
We compared the lowest prices from 8 websites 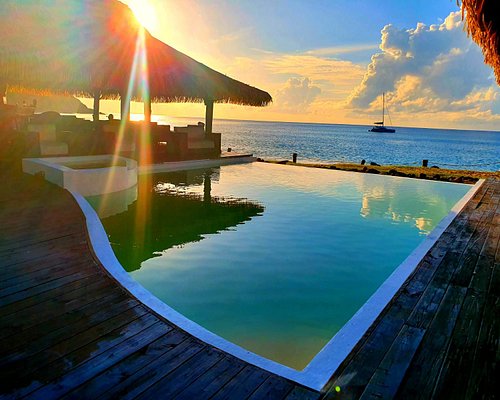 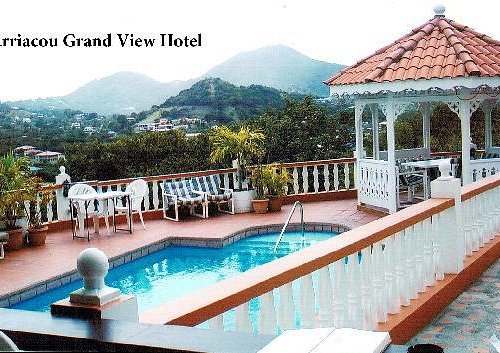 Expedia.com
View deal
Free cancellation
Pay up to 12X
Hotels.com
US$88
Travelocity
US$88
Orbitz.com
US$88
View all 10 deals from US$88
95 reviews
14.7 km from The Islander's Inn
We compared the lowest prices from 10 websites
Hotel Laurena
US$110

Expedia.com
View deal
Free cancellation
Reserve now, pay at stay
Hotels.com
US$110
Travelocity
US$110
Orbitz.com
US$110
View all 10 deals from US$110
38 reviews
15.3 km from The Islander's Inn
We compared the lowest prices from 10 websites
Top Rated
Breakfast included
Mandarin Oriental, Canouan
US$1,262

I stayed here for 5 nights and have nothing but high praise for the Hosts (Clyde and Sandra). I couldn't have felt more welcome on arrival and as the days passed I was genuinely blown away by how casually Clyde went above and beyond to help us make the most of our week, from local recommendations to getting us a great deal on a private boat hire to the Tobago Cays and surrounding islands. If this wasn't enough Clyde is also an amazing chef (so good that I'm alittle ashamed to say I ordered another main dish immediately after finishing my first!). The Room was pretty, gave the best sleep I've had since arriving in St Vincent, and boasted the best balcony view I've ever seen.
So if you're reading this Clyde and Sandra, thank you for an amazing week and I wish you the best.

Trip type: Travelled as a couple
Ask Mostafa B about The Islander's Inn
1  Thank Mostafa B

This review is the subjective opinion of a TripAdvisor member and not of TripAdvisor LLC
Izzy A
21
Reviewed 12 March 2019
Beautiful location, amazing hosts

We visited union island for five nights, and were unsure about where to stay, but couldn’t be happier we chose Islanders Inn. Clyde and Sandra were the best hosts we could have asked for, and went above and beyond to make our trip amazing. Clyde cooked us breakfast every morning and a delicious fish meal on one evening- he is an amazing cook who always adds an extra touch to his dishes! They also made us cocktails on a few evenings which were very reasonably priced. On one day Clyde arranged a private boat trip for us around Tobago Cays and offered to lend us his snorkels and flippers. This was the best day of the trip- would definitely recommend going.
The main town of Clifton is around a 15 minute walk away, which we enjoyed as the hotel itself is so quiet and peaceful it was nice not to be in the busy part of town. We walked there at all times of day and night, and always felt completely safe. Our room had beautiful sea views from the balcony, and the beach is literally on the doorstep- and we usually had it completely to ourselves. Overall Islanders Inn is a really special place in a beautiful location and we can’t thank Clyde and Sandra enough for such an amazing stay, we will definitely be back if we come back to union island!

Ask Izzy A about The Islander's Inn
1  Thank Izzy A

My husband and I visited The islanders Inn for 2 days trip in the lovely island of union island for our honeymoon. We were greeted with a warm welcome from the owners Clyde and Sandra. My husband and I had the pleasure of tasting his famous fish dinner that we grew attached too. How ever if u enjoy hiking and fitness as much as I do u would love the walk in town which is about 15 minutes away to me ‍♀️. I do enjoy the beach on a morning as it is peaceful even waking up in the morning listening to the sound of the ocean and the beautiful veiw from from the balcony. I must say it was quite the experience. We also had the opportunity as well to try out different cuisine when we where viewing the town and the culture I must say we didn't do much but how ever we are planning to come back very soon and Clyde and Sandra we would be looking forward staying at you hotel again. Thanks for having us it was indeed and awesome exprience.

The Islanders Inn is clean and well maintained. Sandra and Clyde are very nice and helpful. Clyde is the best cheff and we loved his cooking. We loved to make our own morning coffee and enjoy it on the terrace.

This review is the subjective opinion of a TripAdvisor member and not of TripAdvisor LLC
Camhar2001
Bruges, Belgium
3858
Reviewed 2 March 2019 via mobile
BAD LOCATION, BETTER CHOICES ELSEWHERE

We stayed here for three nights and were disappointed with our experience.

Our room was adequate , the only plus was the view.

The Hotel is at least 20 minutes away from town , not on a bus route. We took a taxi from town which left us about 300 metres walk away along a muddy track with our cases.

Although the beach situated in front had great views, it certainly wasn’t user friendly. The sea was very rough and you were not able to swim in it. There was only one umbrella which was taken every day by a couple who got up early to place their towels under it.

We felt pressurised by Clyde the owner to eat there, the result of which was an ordinary fish dish which turned out to be expensive . When we politely requested the price before hand, he avoided the answer by attempting a joke.

The bars and restaurants in town were of a better quality and much cheaper.

Another irritant was that we mentioned we had booked a boat trip to another beach, when I mentioned the boatman we were using, Clyde really badmouthed the guy, said he was expensive and Clyde offered to organise a trip for us instead. As it turned out we stuck with the original trip, it was fantastic and great value, much cheaper than Clyde indicated. I felt he was trying to make more money out of us.

We returned to Union a week later after travelling to other Islands and found The Anchorage a much better , friendlier and cheaper option.