T. Jordan wrote a review Jul 2020
Bootle, United Kingdom2 contributions1 helpful vote
A nice twelve day cruise
Me, my sister and my parents decided to go on the MV Ventura for our holiday in 2019, and I can easily say it was one of the best cruises I've been on. OK, I've only been on one other but this one was very good.

So... we had to drive down to Southampton from Liverpool and stay overnight before we got on the cruise ship, but it wasn't anything to do with P&O so that's completely irrelevant. First impressions? The cruise was big compared to my last cruise. It looked pretty clean, so that was all good.

We were situated in room E303 during our stay. It was small for four people, but that was to be expected. At least the room was clean and tidy. Oh, and we got dark chocolates when they cleaned our room everyday so that was a bonus.

As for the food and drink, the food was very nice. There was so much to choose from during both lunch and tea. You had little bars serving up pizza and fried chicken for lunch (both of which were poolside) and then you could go to a selection of restaurants for tea. The only trouble was black-tie evenings when we couldn't dine in the a la carte, so we went to the buffet, but the buffet offered good food too. Oh, and who could forget the drinks? The soft drinks package was quite nice, but the only thing they didn't have was Pepsi Max, so I had to opt for diet instead.

The entertainment, in my opinion, was rather good too. In the theatre, they showed a film every afternoon. They were relatively new films, but the only issue was they didn't use as much screen space as I think they could've. We saw Bohemian Rhapsody, and it was rather small compared to another film we watched a day earlier.

The teen's club (or H2O) fostered a good environment for making friends too. I made lots of friends there, and sometimes we would go to events or hang round the bars of an evening.

Overall, this cruise was amazing.
Read more
Sail Date: August 2019
Cabin Type: Inside
Type of Trip:
Destination: Europe
Cabin
Dining
Service
Pools & Sundecks
Onboard Activities
Entertainment
Value
This review is the subjective opinion of a Tripadvisor member and not of TripAdvisor LLC.
1 Helpful vote
Helpful
Share
Scroll below for other great reviews 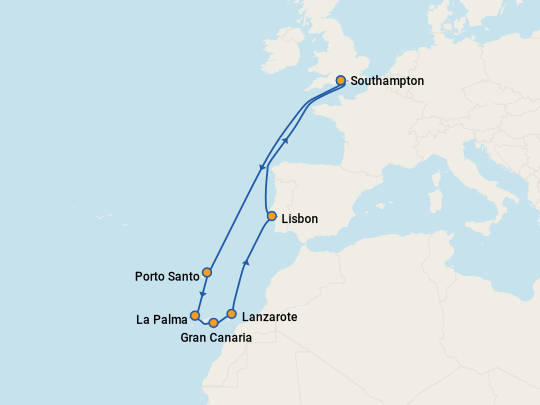 This ship's activities will be coming soon!

Cruise OnlyUS$1,825pp
View Deal
Prices are cruise only, per person, double occupancy, and are provided by our partners. Taxes, fees and port expenses are not included. Fuel supplements may apply. Availability of prices is subject to the supplier’s pricing availability.