Navigate528247 wrote a review Feb 2020
10 contributions4 helpful votes
Lots of Info here:
I tried to complete my survey directly to Royal Carribean but the survey link went invalid after 7 days.
Hopefully our great waiters will receive our feedback. We sat at table number 764. Manov, Gaocheng and Edward took great care of us. We had 15 people, including 7 kids. They were on the ball with drinks, food refills and helping with the kids. Manov explained the dishes each night and made sure we always had plenty to eat. The warm chocolate brownie was the best dessert ever!!!
This ship has been upgraded in some areas but it does show it's age (I believe it will be upgraded in the next year or so): older carpet and decor in the hallways, small amount of mold by the solarium hot tubs, gym equipment needs updating, dining room chairs, etc. These are all very minor things.

Our corner room was awesome!! I almost hesitate to post it here, so they'll be available for my future bookings but the corner balcony rooms are definitely bigger.The room darkening curtains are awesome. We thoroughly enjoyed sleeping in on our sailing days.

I would say the photo package is a waste of money. We got quite a few pictures but none of them were that great. My daughter can take just as nice pictures with an iphone.

Overall the cruise was great. Staff members were friendly and helpful. The food and drinks were good. There were plenty of activities. We did the flo rider, rock climbing, bingo, scavenger hunt, the parade, watched the belly flop contest. Ship was clean. Crew members were diligent in helping prevent diseases and illness by promoting hand hygiene and wiping railings and surfaces. The last day was extremely windy so the upper deck and activities were closed. A little annoying but understand safety is most important.

One other minor annoyance was our swimsuits were bleached out in the hot tub. I tried calling Royal Caribbean once I got home but was told nothing could be done since I didn't report it when I was on the ship. (There are frequently long lines at customer service and I didn't feel like spending my vacation time waiting in line to complain.) I posted on a Facebook group and several other people had the same problem.

Suggestions to Royal Caribbean for improvement:
-when the captain makes announcements, these are pretty much impossible to hear (no matter where you are on the ship). These announcements should be displayed digitally on tv screens in the room and common areas. They should also populate on the app so guests don't feel like they're missing something important.
-the pool decks are super slippery. I saw several people fall. I did noticed staff members constantly mopping but investing in a different type of pool deck flooring could save several injuries.
-if you get into port late on the last day, make sure people have food and beverage options still available. It felt like being a caged animal when we were stuck on the ship several hours later than our scheduled departure. (especially difficult with tired and hungry children).
-bring back fireworks and the midnight buffet/ice sculptures
-we purchased arcade credits for the kids. These should just come pre-loaded on their seapass cards. It was a hassle to get them loaded and a waste of time.
- add another ice cream machine and put them at the ends of the boat. The area near the one in the middle gets too congested.
- we loved the crew scavenger hunt. You could print this on a map so the kids can see where the countries are as they are collecting signatures.
- change the dinner music- a person can only handle so much R.Kelly. Even classical music would be better than that.
-lemonade and tea should be offered everywhere
-all of the drinking fountains say no bottle filling on them. Add stations so people can fill their own water bottles and reduce waste/dishes.
-the Irish bar ran out of the beer to make black n tans. How does this happen?
-adding stairs for guest to use at the end of the hallways may help clear elevator congestion. There always seemed to be a wait at the elevators.
Read more
Sail Date: January 2020
Cabin Type: Balcony
Type of Trip:
Destination: Caribbean
Cabin
Dining
Service
Pools & Sundecks
Onboard Activities
Entertainment
Value
This review is the subjective opinion of a TripAdvisor member and not of TripAdvisor LLC
Helpful
Share
Scroll below for other great reviews

Royal Caribbean Liberty of the Seas 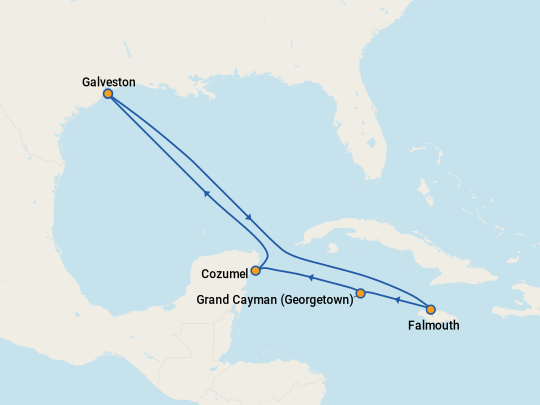 Write a review
Traveller rating
Time of year
Language
Selected filters
travelerswithstyle wrote a review Oct 2020
Fort Worth, Texas14 contributions8 helpful votes
Junior Suites are the best!!
My husband and I are big cruisers and always get at least a balcony cabin. This trip, we were lucky to have a junior suite. The extra cabin space and large walk-in closet made the trip more enjoyable. We've traveled with other cruise lines but really enjoy the service of Royal Caribbean. The on-board entertainment including the spectacular shows and trivia at the bars are always fun!…
Read more
Helpful
Share
SheronScur wrote a review Apr 2020
Georgetown, Texas35 contributions3 helpful votes
Too crowded!
I have cruised several Royal Caribbean “of the Seas” ships, including this one. They have taken out many of what used to be public areas and added more cabins. About the only place our family group of 10 could gather comfortably was the dining room after the crowds thinned out. Also, the small game room, if we could find a table. Because of the added cabins, there were many more people than ever before and the Promenade Deck was always packed with people. The little Cafe in that deck had had most of the tables taken out and larger seating chairs out in - ugh! The quality of the food has gone down, but still plentiful. Much of the shuffle board equipment was missing. Our waiter and room attendant were good. I left 3 chargers and paperwork in a small drawer and immediately notified lost and found. They never found it.…
Read more
Helpful
Share
Ian O wrote a review Mar 2020
Terrebonne, Canada15 contributions3 helpful votes
Good room, eat well and staff is awesome
Was on the cruise from March 1st to the 8th. Staff was wunderfull all the time and always ready to help. The food was just too delicious, at the dinning room or the buffet, it was always hot and fresh! Room we had was on the back of the ship and on the corner. Balcony was big enough to have the 4 of us sitting and relaxing.…
Read more
Helpful
Share
830marilynd wrote a review Mar 2020
Joplin, Missouri22 contributions1 helpful vote
First Cruise
What a great time was had by all even during the big Coronavirus alert. The ship was amazing; beautiful and clean. The staff was so helpful and promoting hand washing as well as hand sanitizing. Our cabin steward, Peter, was most accommodating for special requests and friendly. I was concerned that we would feel claustrophobic in our cabin but that never occurred; it was a non issue. It was beautiful and comfortable. The entertainment was also a class act. The Saturday Night Fever show, the Brothers that were comedians, the ice show and the musical guest playing Lionel Ritchie tunes were all very very good. The only negative was the weight gain but that’s my own fault. Would do again and hope to soon.…
Read more
Helpful
Share
Terry55rich wrote a review Feb 2020
Wichita, Kansas150 contributions26 helpful votes
+1
beautiful ship and amazing time
This was our first cruise and my husband was extremely apprehensive since he doesn't sit still well. We both absolutely loved it. We were so impressed with not only the ship but the staff, the shows, the bars, the fun! I had thought that the point of a cruise was just to get to your excursions but some of our best times were hanging at the Schooner bar doing trivia contests or singing along with the piano guy later in the evening. I would highly recommend it to anyone who is considering it and it was clean, clean, clean! they were disinfecting the ship and everyone all the time!…
Read more
Helpful
Share
PreviousNext
123456…21