Sara R wrote a review Mar 2020
Chicago, Illinois54 contributions6 helpful votes
Great ship and service, can't wait to see the refurb!
I will start off by explaining that I sailed on this ship for my third Star Trek Cruise and was very much looking forward to seeing this new ship for the theme cruise. Having been on the Trek Cruise before and having an awesome time, Royal Caribbean had a lot to live up to and for the most of the part delivered- most of the growing pains had to do with organizing the events of the themes cruise, so I will not address those here.

The good:
1. Quality/size of the cabin - since I do little more than sleep or shower in my cabin, I don't bother with a suite or balcony. Interior cabins on this ship are pretty spacious, and the couch was a nice addition. There was plenty of storage, including a cooler (looks like a fridge- don't be fooled by some other reviewers who clearly can't read signs- it's clearly labeled as a cooler) to help keep beverages cold. There is a small safe, which is standard, and the shower/bathroom consistently worked well.
2. Dining - there is a major downside which I will address separately, so here will focus on the good. The quality of the food was far superior to the other cruise line I have been on; there was also more fresh fruits and vegetables available, so I could focus on maintaining a fairly healthy diet for many of my meals. I highly recommend a dining package- it might not include alcohol, but the value you get in your meals and access to the specialty restaurants is well worth it.
3. Service- everyone, and I mean everyone was fantastic. Our room attendant was friendly and very helpful, and guest services addressed questions in a very clear manner. I read another review of someone who thought shaking their cup to get ice seemed like a good way to communicate, and I'll say right now- I wouldn't help you, either. That's just rude.

The not-so-good
1. Dining- okay, so here's my main axe to grind with Royal Caribbean- the lack of vegetarian/vegan options is astounding. As a vegetarian I did okay, but this cruise would be near impossible for people adhering to a vegan diet. There were very few protein options- and the only place you could see a veggie burger was in a Johnny Rockets on board- which you had to pay extra for. As someone who splurged on a dining package, I was hoping to find some more plant-based proteins. Royal Caribbean needs to step up their game for those eating plant-based diets.
2. Transportation - elevator lines so long I felt like I was at Dragoncon! The upside was I, as an able-bodied person, could take the stairs and burn off some of the cocktails (which were fantastic). For people with accessibility needs, however, this got to be quite a headache- a friend of mine with mobility issues imparted this on me and was not treated terribly well by staff. It did not help that some of the elevators stopped working at different parts throughout the cruise.
3. Ports and Excursions - I will say that the cruise line used in past Trek cruises offered far superior excursions both in terms of quality and price. Last year and this past cruise I was able to do a celebrity excursion, and both were fun, but the level of activity was much higher on the other cruise line. We had 4 ports this cruise and very little time at each stop, making it hard to do much other than a short excursion. The last port- Freeport on Grand Bahama Island, was byfar the worst port I've been to. It was little more than a tourist trap with cheap trinkets, and with only 5 hours or so at the port you can't get away to do much of anything. Since I was on a theme cruise, I was never bored, but if you are on a regular cruise, I strongly encourage you to book at least a short excursion to ensure a quality time at ports with little to offer.

Please note that my 5 star ratings of onboard activities and entertainment is skewed by the themed cruise!
Read more
Sail Date: March 2020
Cabin Type: Inside
Type of Trip:
Destination: Caribbean
Cabin
Dining
Service
Pools & Sundecks
Onboard Activities
Entertainment
Value
This review is the subjective opinion of a TripAdvisor member and not of TripAdvisor LLC
1 Helpful vote
Helpful
Share
Scroll below for other great reviews

Royal Caribbean Explorer of the Seas 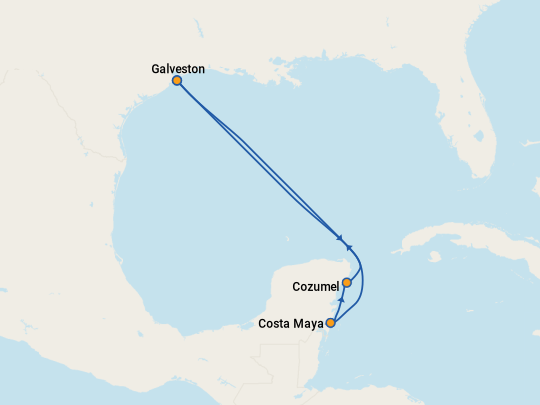