IslandGolfer86 wrote a review Mar 2020
Ashton, Maryland98 contributions23 helpful votes
Good, not great
Traveled on the Breeze from Port Canaveral from 2/22/20-2/29/20 with 11 members which included 8 adults and 3 children (2 babies, 1-6 yo). My wife and son had a balcony cabin 8449 which had a couple issues such as bloodlike rust stains in the ceiling, extreme amount of dust on the headboard, door sills and corners , bathroom doorstopper that was broken which caused bathroom door to swing violently, shower drain that would back up and alot of rocking/swaying due to room being towards the back of ship. The positive aspects of our room was the close proximity to the marketplace buffet and great view from balcony. The food on this ship was acceptable, nothing that wows you, but after the 3-4th day, food was as appealing. I really enjoyed the anchor pig and guys burgers which was consistently tasty (ate anchor pig only once all trip). Must be noted that due to ceiling stains, guest services offered us 2 free bottles of wine or a free lunch for me and wife at the italian restaurant, we chose the 2 bottles. The ports on our trip was much to be desired such as cozumel, roatan, mohagany bay and belize. Belize was pretty subpar due to the overcrowding of passengers waiting to board the shuttle back to cruise ship and no official beach in belize so we went to a manmade beach that was more of a giant pool with sand. Most ports had shops that sold similar trinkets and all were just average. We did not do any excursions due to our son being only 1yo. Also, the Breeze has a splash zone that prohibits children who are not potty trained so son was unable to enjoy that aspect of the ship. After returning from our 2nd cruise experience, I would rate royal Caribbeans Allure of the seas as a better overall ship with much more room and activities over carnival breeze. Elevator was also pretty jam packed most of the days so we ended up using the stairs quite frequently. Also, the violinists that play on the above the bar were great and thoroughly enjoyed watching them perform. Overall, I would rate this cruise ship a 3/5 and most likely would not cruise with carnival again.
Read more
Sail Date: February 2020
Cabin Type: Balcony
Type of Trip:
Destination: Caribbean
Cabin
Dining
Service
Pools & Sundecks
Onboard Activities
Entertainment
Value
This review is the subjective opinion of a TripAdvisor member and not of TripAdvisor LLC
Helpful
Share
Scroll below for other great reviews 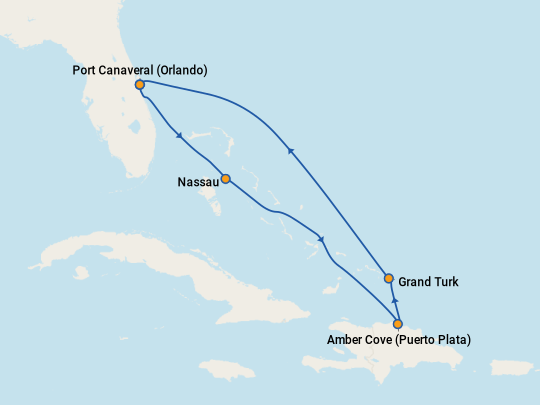 Cruise OnlyUS$718pp
View Deal
Prices are cruise only, per person, double occupancy, and are provided by our partners. Taxes, fees and port expenses are not included. Fuel supplements may apply. Availability of prices is subject to the supplier’s pricing availability.