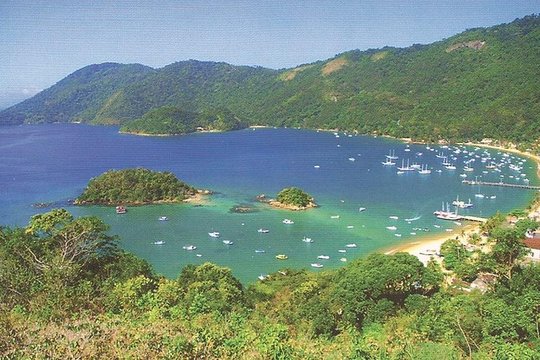 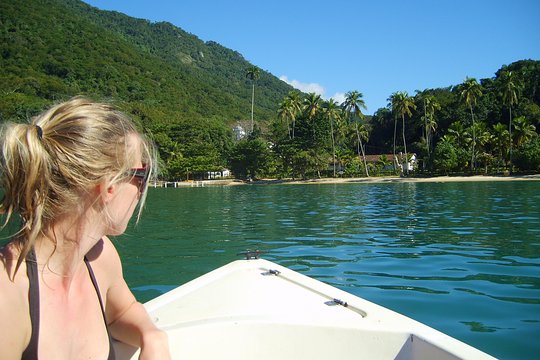 Write a review
Traveller rating
Traveller type
Time of year
Language
Selected filters
pft wrote a review Jun 2017
perth12 contributions16 helpful votes
Not to be missed
A pleasant few hours coach ride from Rio you come to Ilha Grande.you visit 4 islands 2 are good for snorkeling. The last island you stop for lunch,I was the only English speaking person on the coach and the tour guide gave me a great commentary and expanded everything I needed…
Read more
Date of experience: June 2017
3 Helpful votes
Helpful
Share
Nathalie R wrote a review Aug 2016
Paris, France117 contributions17 helpful votes
Muitissimo obrigada Alexandra !
A little busy at the time, I followed TripAdvisor's positive comments on Alexandra's work to ask for her help and advice for my week holiday starting from Sao Paulo to Paraty, then to Ilha Grande, and last back to Sao Paulo. She did a great job arranging the transfers and hotel…
Read more
Date of experience: August 2016
Helpful
Share
Response from AmilcarIlha, Gerente at Day Tour from Rio de Janeiro to Ilha Grande
Responded 6 Aug 2016
Dear Nathalie, Hope you arrive with safety at your place! When we said goodbye, I was thinking where did you managed my records ... is not everyone who leaves the organization of your holiday in the hands of a stranger, lol ... I am very happy to know that our work has met their expectations, and even appreciate a for the delay in the first transfer, so we know a little more ... it was really nice to meet you! PS you really are very lucky !! Today the bad weather arrived on the island ...
Read more
AdamLizSmudge wrote a review Feb 2016
London, United Kingdom11 contributions1 helpful vote
very well planned and organised service
My wife and I booked our transfer to Atlantica Jungle Lodge through Ilha Grande Tours and would 100% recommend them! Alexandra is lovely and incredibly helpful. She organised our entire transfer from our hotel in Rio to our hotel on the other side of Ilha Grande and was there to…
Read more
Date of experience: April 2015
Helpful
Share
soxgirl414 wrote a review Jan 2016
Boston, Massachusetts166 contributions60 helpful votes
Okay, left out some key details
We traveled to Ilha Grande at the end of December for a day trip from Rio. My suggestion to anyone traveling form Rio to Ilha Grande would be to stay over for the night, not to try to make this a day trip. We were picked up at 5:30 a.m., had a 2+ hour drive to the ferry. The…
Read more
Date of experience: December 2015
Helpful
Share
Response from AmilcarIlha, Gerente at Day Tour from Rio de Janeiro to Ilha Grande
Responded 23 May 2016
Dear K...y O....r, First of all, I'm sorry for the late reply ... But things have been very busy here in Brazil during this year's Olympic Games! I remember that day like it was yesterday: it was the beginning of the New Year's holiday, one of the busiest holidays of the year, many people left the Ilhagrande to spend the holiday in Rio de Janeiro. Meanwhile, the locals leave the RiodeJaneiro to enjoy the holiday in Ilha Grande. This caused one of the greatest congestion of the year and, instead of spending two hours traveling by private car, you guys have spent almost 5 hours! I am totally agree with your point of view ... much travel time for some fun! Moreover, in those days, despite the huge traffic of people on the island, there was a paralyzation of garbage collection services. We were smelly heaps of garbage in almost the entire length of ViladoAbraão! I did not want you guys to stay with this bad impression and offered a boat ride, after all, I had to get you guys of of here ... after all, I had to get you guys out of here ... But you're right: I forgot to mention that you guys should follow the trail to Lopes Mendes, but the boat stopped and everyone went to Lopes Mendes while you guys were in Praia do Pouso ... maybe because the place was really nice and not realized the time. How nice! At least you guys could enjoy some beauties of Ilha Grande. Please, forgive me if frustrated your best laid plans of a ride on a remote beach, I would put myself in the mood for a next trip to the island and this time, I'm going with you to Lopes Mendes. Thank you for criticism, even if negative, they can make us grow.
Read more
EmilyYoung722 wrote a review Jun 2015
Salt Lake City, Utah5 contributions4 helpful votes
Amazing Time!
Myself and my husband traveled to Rio the first of June and booking this tour was well worth the money. We stayed at a hotel in Ipanema Beach and the cost of the tour included transportation by private care to and from our hotel, the ferry to the island and the choice of 1 of 3…
Read more
Date of experience: June 2015
Helpful
Share
PreviousNext
12
About the operator
By: Ilha Grande Tours
122 reviews

pft
perth
1216
Not to be missed
A pleasant few hours coach ride from Rio you come to Ilha Grande.you visit 4 islands 2 are good for snorkeling.…
Read more

Moritz T
24
Nature destroying boat trip
We did a half day boat trip to a couple of bays around the island. It's was a Sunday, so there were many…
Read more

Margaret C
Victoria, Canada
435
Expect nothing more than a seat on a speed boat
A group of 8 English-speaking people booked a 150 Real trip on a speed boat in Ilha Grande. The boat was going to…
Read more

princess123182
Houston, Texas
16858
Destination Divas
We had a awesome private tour for 4 in August. It was all ladies with two guys and we felt totally safe. We went…
Read more

Jero B
556
Expensive but worths its.
The whole region is spectacular. Amazing islands, you can even swim with fishes. The landscapes are beautiful. It…
Read more 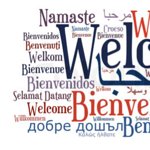 Nathalie R
Paris, France
9517
Muitissimo obrigada Alexandra !
A little busy at the time, I followed TripAdvisor's positive comments on Alexandra's work to ask for her help and…
Read more

SukyCho
Uk
166
Excellent transfer service!!
We booked a private transfer from Paraty to ilha grande and then from ilha grande to rio. Alexandra was very…
Read more 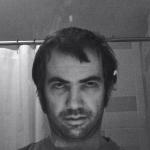 Americans8n
eskilstuna
15926
Took the Super Sul tour
Was awesome. Gone from 10-17. We had a great tour/boat driver, even tho the sea was a bit rough that day he did a…
Read more

AdamLizSmudge
London, United Kingdom
111
very well planned and organised service
My wife and I booked our transfer to Atlantica Jungle Lodge through Ilha Grande Tours and would 100% recommend…
Read more

soxgirl414
Boston, Massachusetts
11060
Okay, left out some key details
We traveled to Ilha Grande at the end of December for a day trip from Rio. My suggestion to anyone traveling…
Read more

Nikkollo
Rio de Janeiro, RJ
248
Just do it
Ilha grande is a lovely greeny place where nature is the master, a boat trip is a spledid way to appreciate the…
Read more