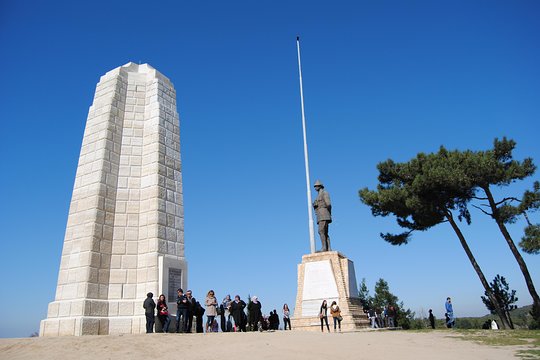 Select Date and Travellers
From
US$87.49
Date
2 travellers
Free Cancellation up to 24 hours in advance
Low Price GuaranteeNo Booking Fees
Overview
Highlights
What to Expect
Depart central Canakkale by air-conditioned minivan and travel to the archaeological site of Troy.

On route, hear the tale of Troy, the ancient city thought to be the setting of Homer’s Iliad, an 8th-century BC story that tells of the Trojan War between the Greeks and the Trojans triggered by the abduction of Helen by the Trojan prince, Paris.

Learn about the discovery of the ruins in the 1870s and today’s ongoing excavations. Nine cities have been found here, dating to 3,500 BC, including sacrificial altars and 3,700-year-old city walls.

Explore the remnants, hearing about the first house of Troy, from 3,000 to 2,500 BC, through to Troy IX, and seeing highlights including the Odeon (Concert Hall), and the replica of the wooden Trojan Horse used to sack the city.

After lunch in Canakkale, continue to Gallipoli’s WWI battlefields, the scenes of the bloody 1915 Allied-Turk campaign. Hear the story behind the battles as you visit sites including Brighton Beach, ANZAC Cove, Johnston's Jolly, and the Nek and Walker’s Ridge. Plus, honor those who died at  Ari Burnu, the Beach Cemetery, Lone Pine Cemetery, the Turkish Memorial, and Chunuk-Bair.

Write a review
Traveller rating
Traveller type
Time of year
Language
Selected filters
Popular mentions
Sereine B wrote a review Dec 2019
4 contributions
Very educational
I learned so much from the tour guides, they were both very eloquent and knowledgeable about the sites. Apo made sure that we had all the time and photos we wanted at each stop and as I was a solo traveller he made sure I got back to my hotel safely. If you want a great tour in…
Read more
Helpful
Share
Ebony M wrote a review Oct 2019
Kergunyah, Australia5 contributions
Flexible booking, great communication, very good tour
My partner and I wanted to spend some more time in cannakale rather than do a rushed day trip from istanbul, so i emailed the company direct to enquire. within 5 mins had a detailed reply and organised transfer from istanbul, anzac day tour one day, and troy tour the following…
Read more
Helpful
Share
DaniFred13 wrote a review Sep 2019
Auckland, New Zealand3 contributions1 helpful vote
100% recommend this tour!
We had two incredibly knowledgeable guides for the two tours. Our guide Mustafa took us around the excavation sight of Troy, and he was fantastic. He bought the ancient ruins to life, we could easily visualise how city looked and how the Trojans lived. Apo was our Gallipoli…
Read more
Helpful
Share
Passenger669630 wrote a review Aug 2019
1 contribution
Great day out
Very much enjoyed our day out. Had very knowledgeable guides at both sites. Visited all significant landmarks. Delicious lunch by the Dardanelles. Also appreciated the airconditioned transport in the summer heat!
Read more
Date of experience: August 2019
1 Helpful vote
Helpful
Share
John T wrote a review Jul 2019
7 contributions
Trip to Gallipoli, Troy and Additional trip to Boccada aka Tenedos
Outstanding service. Flexible in rearranging schedule to add additional trips. Tour guide went out of his way to accommodate us. I can’t speak highly enough of him
Read more
1 Helpful vote
Helpful
Share
PreviousNext
1234
About the operator
By: Hassle Free Travel
618 reviews
Certificate of Excellence

Aota4350
Brisbane, Australia
20
Fantastic Gallipoli Tour - strongly recommended
Boz (Apo) has an encyclopaedic knowledge of Gallipoli and the WW1 events there. The level of personal detail he…
Read more

tiffanym846
Brisbane, Australia
10
Highly recommend!
As the title says, I highly recommend this tour! Apo is a wealth of knowledge on the history of the ANZACs landing…
Read more

jordanm406
Brisbane, Queensland, Australia
41
Very Informative
Very good tour - guide had a lot of knowledge and was helpful in answering any questions as well as providing…
Read more

Sereine B
30
Very educational
I learned so much from the tour guides, they were both very eloquent and knowledgeable about the sites. Apo made…
Read more 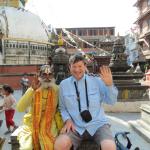 Locknuts
Old Bar
19566
The best tour
We had the most amazing day with Hassle Free Travel today. Our guide was “Apo” Apo is an extraordinary guide with…
Read more

atrpick
Melbourne, Australia
10
Excellent tour of ANZAC battlefields
APO was an excellent guide for the day showing many accounts from all perspectives on what happened in Gallipoli.…
Read more

ACRumore
10
Review of tour
Boz was a fascinating, knowledgeable and engaged guide. He went out of his way to meet the wishes of different…
Read more 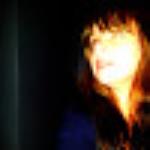 Jessica H
63
Great day trip from Istanbul
We did a day tour of Gallipoli from Istanbul. All was a great guide, he explained everything very logically, and…
Read more

David C
70
Apo you and the tour were amazing
We had such a great day with Apo touring Gallipoli. We met in his office opposite the ferry and took the ferry…
Read more