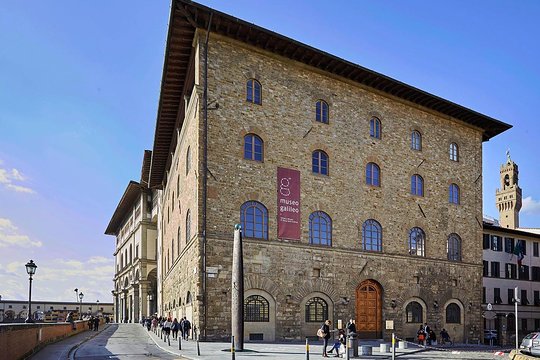 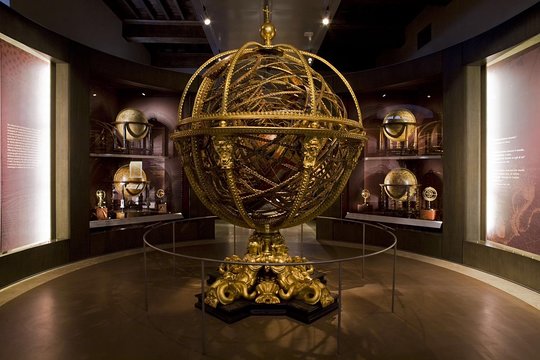 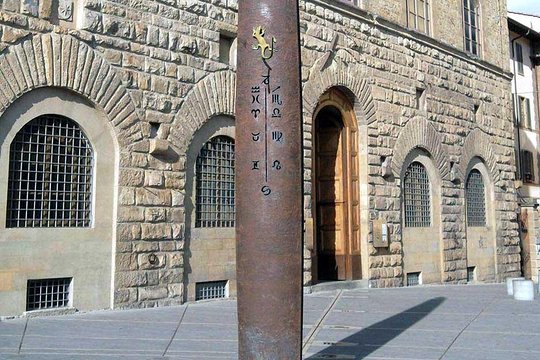 This product is unavailable to book via TripAdvisor. Contact the supplier for availability.
From
US$18.10
Free Cancellation up to 24 hours in advance
Low Price GuaranteeNo Booking Fees
Overview
The Galileo Museum, formerly known as the Institute and Museum for the History of Science, filled with scientific instruments that date back to the 13th century, including a telescope Galileo once used. Ancient barometers, globes, microscopes, quadrants, and more delight both science and history enthusiasts. There is also a giant sundial on the premises. Choose your time of entry to the Galileo Museum, and skip the lines when you arrive.
Highlights
What to Expect
Visit: Museo Galileo - Institute and Museum of the History of Science, Piazza De' Giudici 1, 50122, Florence Italy

The Institute and Museum for the History of Science is heir to a tradition of five centuries of scientific collecting, which has its origins in the central importance assigned by the Medici and Lorraine families to scientists and scientific instruments.

The Medicean collection of scientific instruments was begun by Cosimo I (1519-1574), who housed it in the “Wardrobe” of the Palazzo Vecchio, known today as the "sala delle carte geografiche" (Map Room). With the foundation of the Accademia del Cimento (1657), inaugurated by Ferdinand II (1610-1670) and Leopold de\' Medici (1617-1675) for the purpose of conducting the experimental investigation of nature, the collection was enriched with new instruments designed mainly for thermometric, barometric, and pneumatic research. The Accademia was located in the Pitti Palace where all the instruments in the Medici collection were subsequently moved. After their decline during the Napoleonic occupation (1799-1814), the museum and its workshops were reorganized upon the return to power of the Lorraine Family. After the Unification of Italy, the collections were dispersed among several university departments. In 1922, thanks to the promoters of the "Group for the Preservation of National Scientific Heritage," the collections were rescued from abandonment. In 1927, thanks to their commitment, the Istituto di Storia delle Scienze (The Institute of the History of Science) was founded, with the goal of "collecting, cataloging, and restoring" the scientific collections. In 1929, the newborn Institute organized the First National Exhibition of the History of Science in Florence. In 1930, following the show, the University of Florence opened the permanent exhibition of the Istituto di Storia della Scienza at Palazzo Castellani to the public. It included the Medici-Lorraine collection of instruments. After the damage caused by the bombings that destroyed the bridges of the Lungarno at the end of the Second World War (1944-45), another hard blow was dealt to the collection by the flood of 1966. The instruments that were stored in the basement and ground floor of the Museo were seriously damaged. Thanks to international solidarity and the efforts of Maria Luisa Righini Bonelli, then-director of the Museum, it was possible to quickly carry out recovery of the instruments, reopen the exhibition rooms to the public, and focus again on library collecting and research activities.
Show More
Important Information
Departure Point
Galileo Museum
Duration
1h
Inclusions
Exclusions
Show More
Additional Info
Cancellation Policy
For a full refund, cancel at least 24 hours in advance of the start date of the experience.
23Reviews1Q&A